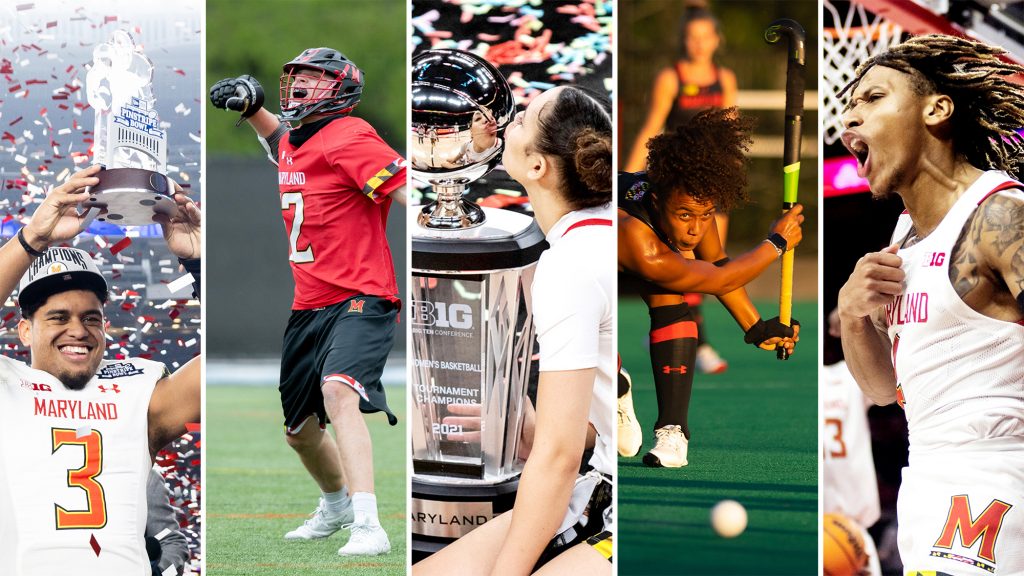 Cornrows and confetti: A look back at Brenda Frese’s time with Maryland women’s basketball

Building a contender: Transfers feature in the new iteration of Maryland men’s basketball

​​In a pinch, two-way player Logan Ott’s first start was a gem for Maryland baseball

After a slew of extra-inning games, Maryland softball hopes to get it done in seven frames

On and off the wrestling mat, the Spadafora brothers are there for each other

Maryland gymnastics’ newcomers are more confident — and their performance reflects it

By Jacob Richman and Noah Ferguson

‘Unheard of’: Gwendolyn Zeckowski’s road back to pole vaulting after Moyamoya diagnosis