In a pinch, two-way player Logan Ott’s first start was a gem for Maryland baseball 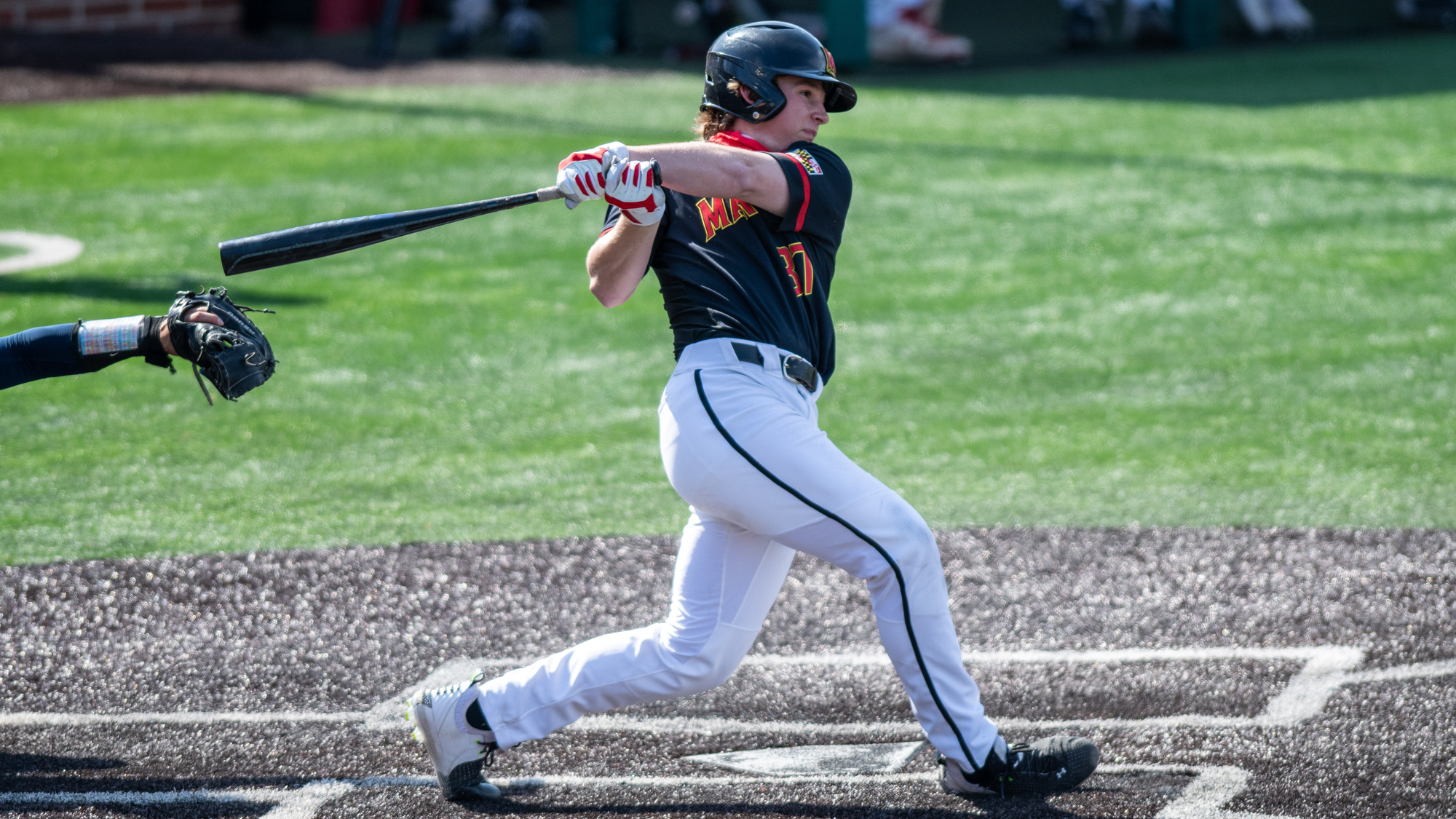 Logan Ott didn’t know he was the starting pitcher until minutes before the second game of Maryland baseball’s doubleheader Saturday.

Coach Rob Vaughn told Ott he was on the mound while they were speaking in between games. Without much preparation, Ott needed to take the mound on a moment’s notice — and he needed a plan.

“Before the game, coach Muscara came up to me and said that we’re going to treat it as if I’m just pitching out there to nobody,” Ott said.

Ott is listed as an outfielder and pitcher, but he’d only played in the outfield before Saturday. Expectations were low for the inexperienced pitcher, even from his head coach.

“I love [Logan], I don’t know that I thought he was going to go six innings for us,” Vaughn said.

Vaughn’s previous plan was to rotate pitchers for the game and make due with the small crop of fresh arms they had left. The already small selection had grown smaller when Connor Staine and Ryan Ramsey were declared out due to COVID-19 contact tracing protocols.

Although the freshman had only thrown bullpens and he had never pitched in a collegiate baseball game, Ott started the second game.

“[Logan] had only thrown like two bullpens in the last month,” Vaughn said. “He goes out on 77 pitches against … one of the most dangerous offenses in the country and was unbelievably electric.”

The left-hander pitched six innings, punching out five and allowing one earned run and five hits. More importantly, Ott performed when the Terps needed him to — on the tail-end of a long weekend that required Maryland to go deep into its bullpen.

After Ott did his job, relievers Sean Heine and David Falco took over and finished the job for Vaughn’s squad.

Ott saved his team from the anarchy of reaching deep into the bullpen. And the freshman, among others, ultimately showed the Terps’ depth.

On Sunday, Sean Fisher took the reins from Jason Savacool and put up a similar performance to Ott. The senior threw four and two third innings in relief, allowing five hits, no earned runs and striking out five.

“Moose had been telling me for the last week … when [Fisher] gets his opportunity it’s going to be good,” Vaughn said.

Just like the Terps evolved from the scoreless offense that took the field in the first game of the season, they disproved the idea that their pitching staff was extremely vulnerable this weekend. Ott and Fisher stole the moment when they needed to, and Maryland capitalized.