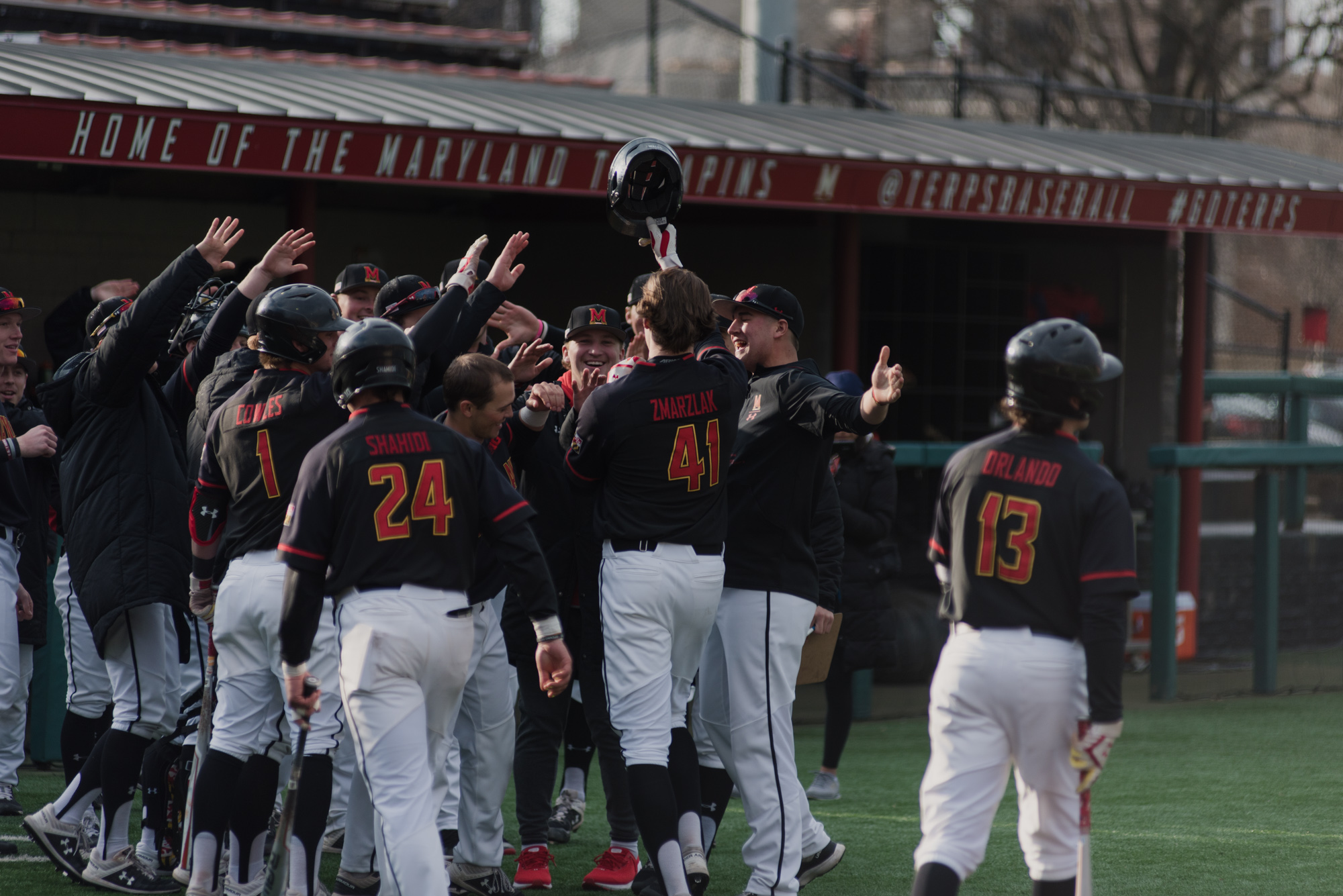 Bobby Zmarzlak stepped into the box in the biggest spot of the game in the bottom of the fifth inning. There were two runners on, two outs, the Terps were down two runs and Zmarzlak needed to deliver. On cue, he slapped a single into right field that brought two runs in and tied the game 6-6.

Two batters later, Chris Alleyne would hit an RBI single that would bring Zmarzlak home to give Maryland a 7-6 lead. And that run was enough for Maryland to win 9-7 against Northwestern, taking three out of four in the weekend series.

The Wildcats struck early in the first frame. Pitcher Jason Savacool appeared to get out of the inning, striking out David Dunn. But the ball got away from catcher Luke Shliger, allowing Dunn to reach first and a run to score.

Maryland quickly responded in the bottom half of the inning when a bloop single by Maxwell Costes brought home Benjamin Cowles from first. An RBI single from Tommy Gardiner would bring home Costes and Maryland would bring another run home in the inning to take a 3-1 lead.

The teams would trade runs in the second inning. RBI singles by Northwestern’s Leo Kaplan and Matthew Shaw would make the score 4-2.

But in the fourth inning, Savacool’s command started to get away from him. The Wildcats started to work counts and forced Savacool to rack up pitches. With a 3-2 count, Ethan O’Donnell laced a hit over the left field wall for a solo home run to cut into the Maryland lead, 4-3.

The damage did not stop there for Savacool in the fourth. Shawn Goosenberg doubled to left and tied the game 4-4.

In the fifth inning, Sean Fisher relieved Savacool attempting to strand two runners in scoring position and keep the game level. The very first pitch he threw to Northwestern’s Ethan O’ Donnell was an RBI single that scored two runs and gave the Wildcats their lead back.

“[Savacool] still got us five innings and gave our offense a chance to work,” coach Rob Vaughn said.

But, after Maryland answered in the fifth inning, the bullpen locked down. Fisher stranded a baserunner in the sixth inning and got O’ Donnell to hit into a double play to get out of the seventh inning.

“I was getting a lot of ground balls today, and Cowles and Keister were making plays behind me,” Fisher said. “I was really trying to get them the ball or just keep the game going and get us back in the dugout.”

[Maryland baseball struggles to get offense moving, falls to Iowa, 6-2]

In the bottom of the seventh frame, Maryland loaded the bases with no outs. Kevin Keister came up looking to blow the game wide open. Instead, he hit into a double play but brought a run home to extend the Terps’ lead to 8-6.

Later in the inning, Shaw knocked a hit to the infield and got on via an error by Goosenberg, bringing another run home and extending the lead to 9-6.

Those insurance runs were enough for Fisher who pitched a scoreless eighth inning, but he ran into some trouble in the ninth. Vincent Bianchina singled to left center and scored Goosenberg to make it a 9-7 game.

But with the tying run on first base, O’Donnell grounded out to second base to close out the game and pick up an all important win to keep the Terps above .500 in the heart of the season.

“Fisher carried us today, we won that series and won that game because of the way he threw the baseball,” Vaughn said.