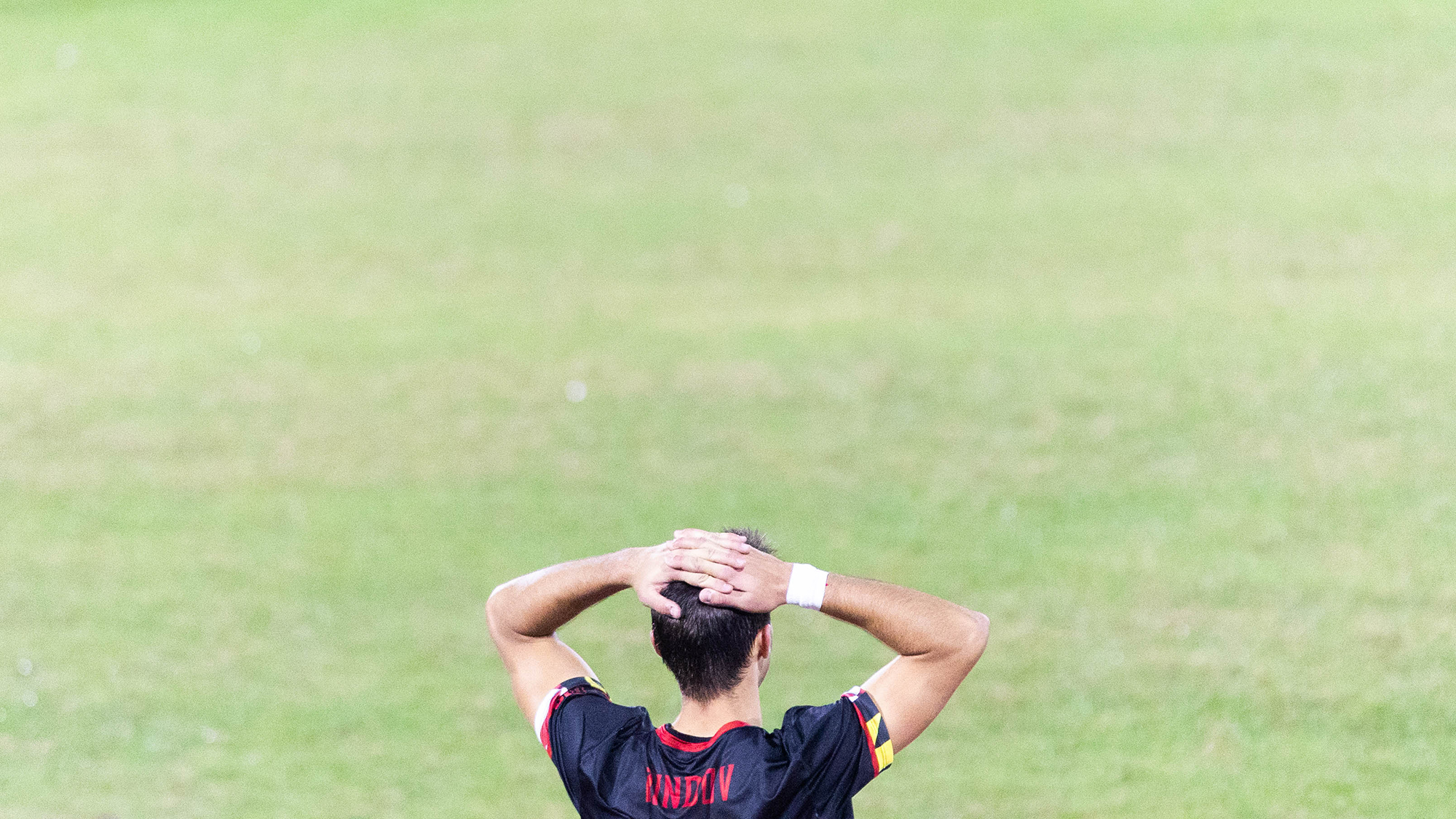 Maryland men’s soccer continued to knock on the door as the minutes of its NCAA first round match against Long Island ticked down.

The Terps were on the front foot throughout most of the match, notching eight shots and 11 corners, but hadn’t created a clear cut chance until the 88th minute.

Ben Bender whipped a corner into the back post that was met by Justin Gielen, who headed the ball across the face of the net, finding Jacen Russell-Rowe.

The forward had a free header from about three yards out, but glanced it straight at the goalkeeper as multiple Maryland players put their hands on their heads in disbelief.

Long Island launched a counter from another Maryland corner kick, and Assane Ben Fall was able to cut back before launching a curling shot from the corner of the penalty box that found the inside of the far post.

The Sharks didn’t let the Terps’ toothlessness in attack go unpunished as they secured a dramatic victory, one that Maryland has been on the wrong side of all too often in recent tournaments.

“I felt like we never had the killer instinct, the high quality in the final third, to put one in the back of the net,” coach Sasho Cirovski said after the match.

The Terps only have to look back 11 days — when they were bounced from the first round of the Big Ten tournament by Northwestern — to see how they were punished for failing to produce on offense.

Despite producing 20 shots in 110 minutes against the Wildcats, including a Russell-Rowe penalty miss in the 80th minute, Maryland couldn’t find the back of the net.

The Terps then surrendered a lead in the penalty kick shootout, suffering a surprise first-round exit due to its lack of bite in the attack.

Maryland isn’t strangers to conceding last minute goals either. Cirvoskis’s squad were eliminated from the first round of last season’s NCAA tournament by Missouri State, which scored its winner with just 35 seconds left.

“These are mental moments,” Cirovski said. “All I can say is we were pushing for the win. Perhaps, maybe a little too much risk in trying to get the win and got caught in the counter. But that’s who we are.”

The lack of offensive firepower and a knack for conceding late goals has cost the Terps three straight tournament games after facing elimination in the opening round of each of their last three conference or national tournament appearances.

With most of the team returning next season, Maryland will hope to grow and avoid turning these tournament troubles into habits and try to avenge a season that the Terps feel has ended prematurely.

“We’ve had a really good year,” Cirovski said. “Just unfortunately, maybe it was the youth, maybe the attack just let us down a little bit, but we’ll get there. We’ll get better and stronger, have more resolve and we’ll come back fighting next year.”