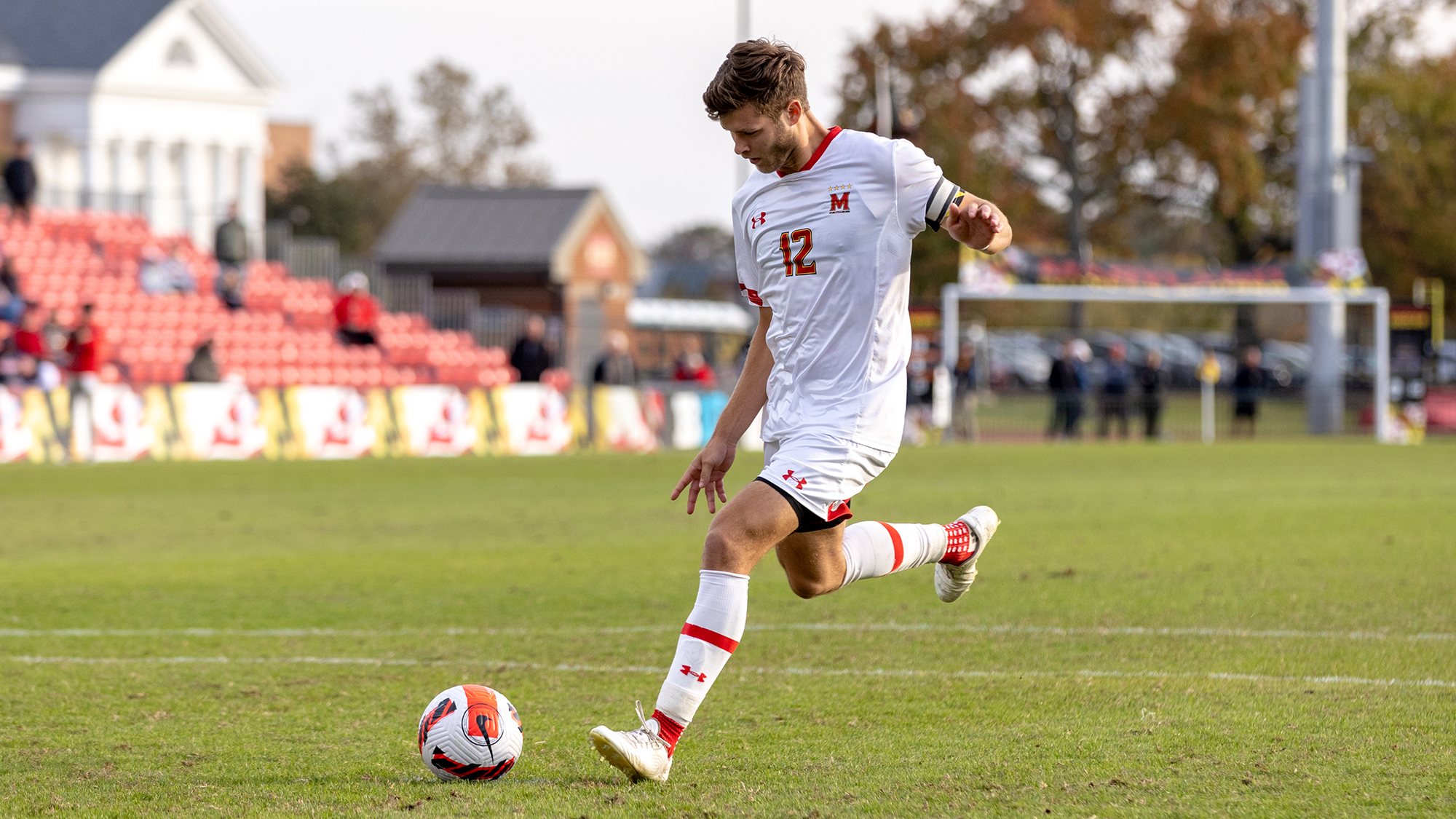 Brett St. Martin lines up for a penalty kick during Maryland men’s soccer’s loss to Northwestern in the Big Ten tournament on Nov. 7, 2021. (Cam Andrews/The Diamondback)

Brett St. Martin knows what it’s like to do the improbable.

“I’m excited to get back into the tournament,” St. Martin said. “These are the games you want to play for. Looking to bring some of that experience to some of the younger guys [from] the 2018 championship.”

And this team may need some magic if they are to advance deep into the tournament. Like the 2018 team, this 2021 squad dropped out of the Big Ten tournament before expected. But unlike that 2018 squad, this year’s team lacks the extensive veteran experience Maryland’s last national championship team held.

Donovan Pines, Paul Bin, Amar Sejdic, Sebastian Elney and Andrew Samuels underlined a large group of upperclassmen in 2018 looking to capitalize off their extensive playoff experience. This year’s Terps have St. Martin, Justin Gielen, Malcolm Johnston, Chris Rindov and Nick Richardson among those to lean on.

But the bulk of Maryland’s talent comes through underclassmen Joshua Bolma, Ben Bender, William Kulvik, Jacen Russell-Rowe and Caden Stafford. That group has little-to-no playoff experience, considering the majority of that group blossomed this season.

In order to overcome that, they will need to learn from St. Martin’s cool, calm excitement for the playoffs. They’ll have to act like they’ve been there before, even if that remains imaginary in some cases.

Consistency has also been an issue for the Terps. That was best underlined last week in Maryland’s tie with Northwestern and earlier in their loss to Wisconsin and their narrow overtime win against Delaware.

In each of those games, the Terps either struggled to capitalize off numerous chances or couldn’t find many to begin with. Those are struggles Maryland will not be able to afford round after round in the NCAA tournament.

“That’s kind of what makes a championship team is finding that end of the year pursuit to connect everything together,” Richardson said. “At points this season, we have struggled to do it. … It’s gonna take a lot of leaders and a lot of people stepping up.”

It’s apparent that the necessary consistency has still not been developed. Doing so will greatly improve the Terps’ chances at another title.

Their first test will be NEC champion Long Island — a team that wields one of the NCAA’s top scorers in Emil Jaaskelainen. The 6-foot-2 sophomore has knocked in 15 goals this season, as much as the next five highest scoring players on his team have scored combined.

Regardless of the opponent or the outcome at Ludwig Field, St. Martin will have one more shot at home with his teammates. He’s running out of those moments.

“I was a part of that [2018] team but I wasn’t as strong of a leader as I am now,” St. Martin said. “[I was] reliving those moments at Ludwig and telling myself to take it one game at a time.”

A second career national title with St. Martin in front would be more than icing on the cake for the battle-hardened senior. He’s seen a lot in four years. 2018 proved all it takes is one game after another.

Maryland takes its first step Thursday. The Terps hope it won’t be their last.