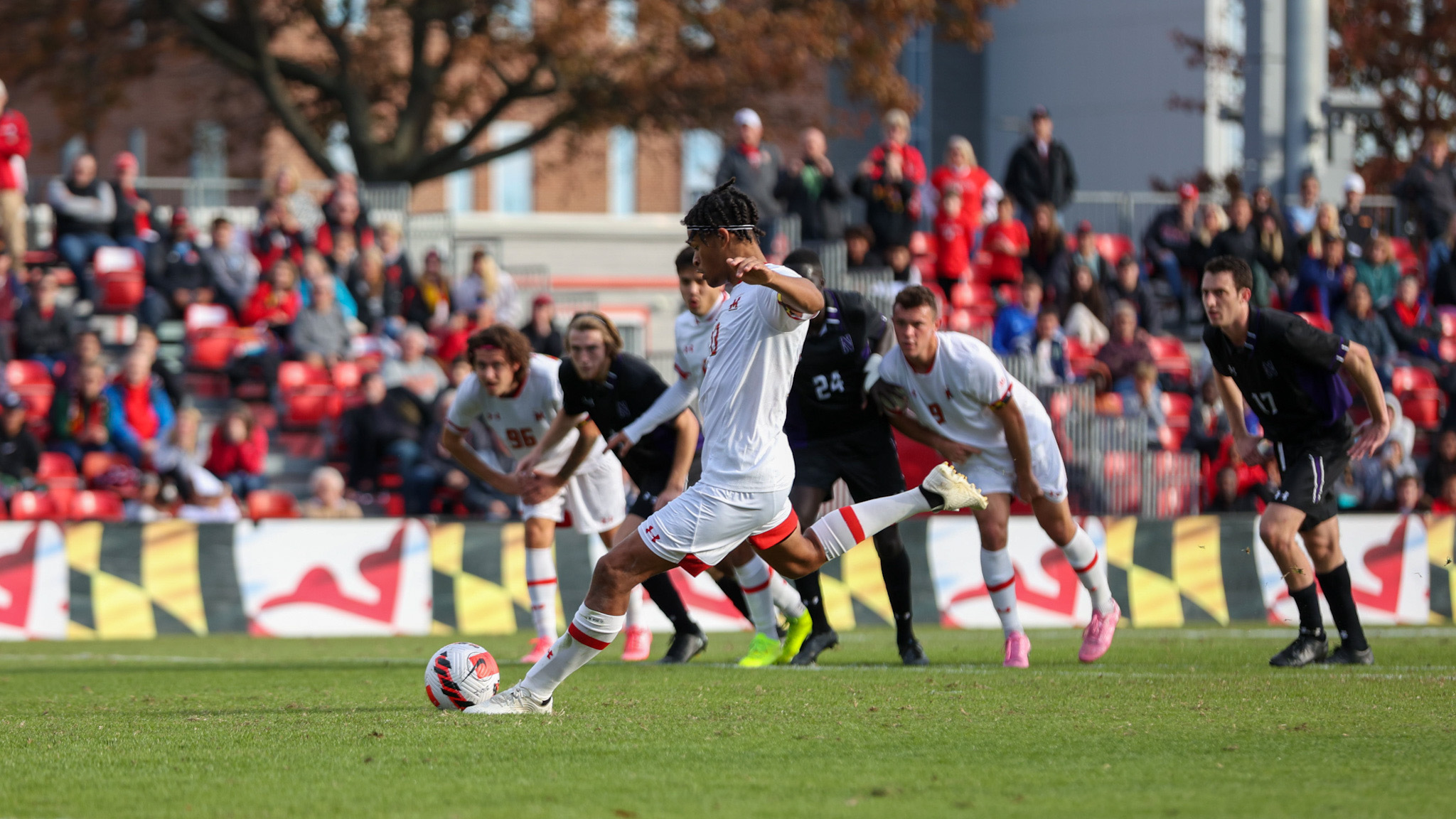 As Jacen Russell-Rowe began his short run up, it looked certain he’d be able to give Maryland men’s soccer a late lead from the penalty spot.

He struck the ball well, but at a height which Northwestern goalkeeper Miha Miskovic was able to make a great diving save to keep the game scoreless.

The miss was the Terps’ second failed penalty kick in two matches, after Ben Bender failed to convert against Indiana in their final regular season match.

Neither side found a winner in the remainder of regulation or either overtime period, meaning the game would go down to penalty kicks, with the winner notching a spot in a Big Ten tournament semifinals.

Even though Maryland goalkeeper Niklas Neumann was able to step up and make two huge saves in the shootout, the Terps’ penalty woes continued, as Maryland missed three penalty kicks before crashing out of the conference tournament in a 3-2 shootout.

“I said it before the penalty shootout, it’s all [mental], that’s what’s important. You got to be mentally strong,” Neumann said. “Two days ago we practiced penalties and I can tell the guys did way way better than we did today. So that’s just something that we have to work on in the future… We didn’t really do well enough.”

The Terps have struggled with penalty kicks over the past two seasons, converting on only five of their 11 attempts in regulation during that stretch. Including penalty kick shootouts, Maryland has only been able to put away 12 of its last 22 penalty kick attempts over the same timespan.

Maryland have won only one of their last five penalty shootouts, with Sunday’s loss dumping the No. 2 seeded Terps out of the Big Ten tournament well before they were expected.

“When you go to the lottery of penalty kicks, anything can happen,” coach Sasho Cirovski said. “We did prepare for penalties in training, and in training all of the guys made all their shots. So that’s why I call it the lottery, you never know. It’s a bit of a crapshoot. We just didn’t step up and put them in today.”

However, Cirovski was happy with how Neumann was able to perform. The keeper notched six saves throughout the match before making those two ever-important saves in the shootout.

Cirovski lauded the performance from his second team All-Big Ten keeper as “wonderful” and that getting two saves in a shootout typically would notch a win.

The Terps will hope to leave their penalty problem in the past as they now have an extended break to set their eyes on the NCAA tournament.

Should it come down to penalties again on the quest for a national championship, Maryland still holds its confidence high in getting the job done.

“Hopefully we don’t have to go to penalties, hopefully we kind of continue through with just wins,” defender Chris Rindov said. “But if it does happen, I think the same guys would be prepared to step up and they’ll be ready for their moment again.”