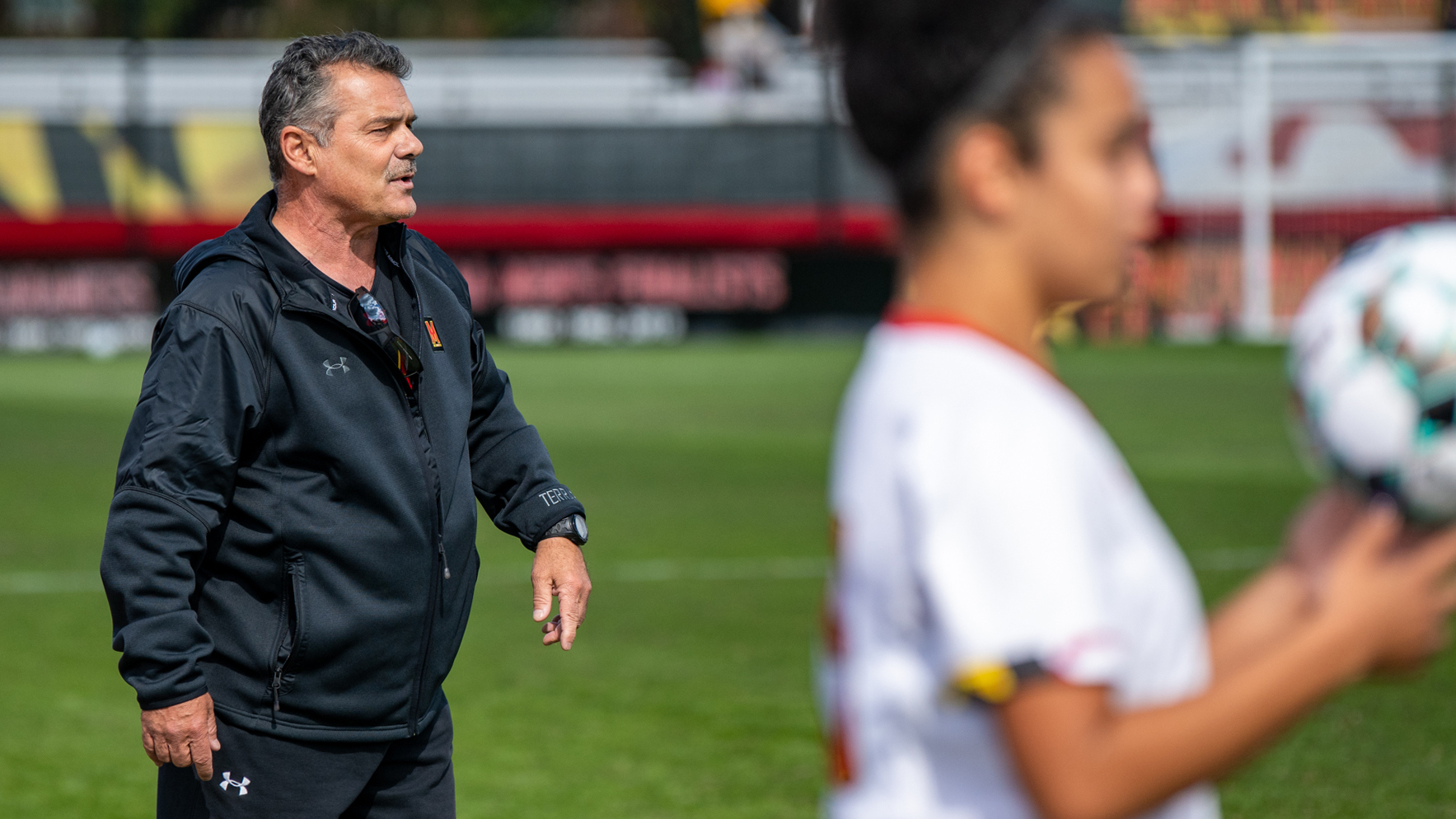 With the clock winding down against Northwestern on Sept. 26, Maryland women’s soccer looked like it would use its positive momentum from the beginning of the season to pick up its first conference win in 703 days.

The Terps were cruising to a win before star forward Alyssa Poarch, who assisted the only goal of the match to that point, went down with a knee injury.

She wouldn’t recover for the rest of the season, and neither would Maryland.

With just 21 seconds left in the match, the Wildcats put in a cross that evaded multiple Terp defenders, and an unmarked Francesca Docters popped up at the back post with the equalizer.

Maryland would hold on for a tie in overtime, but the Terps’ best chance to win their first conference match since 2019 evaded them once again.

Maryland went on to lose four straight matches by a combined 14-4 margin and was only able to pick up one point from its final seven matches as it remained rooted to the bottom of the Big Ten table for the second straight season.

This culminated in the announcement on Tuesday that the team will not renew coach Ray Leone’s contract, bringing a somber end to a season that started brightly.

The Terps notched their first win in 665 days in their season-opening match against Temple, putting on a dominant offensive performance in a 3-0 win.

Maryland would continue to impress, as transfer Kori Locksley bagged her first goal for the Terps in a 2-0 win at George Mason before they completed a 2-1 comeback at home against Richmond, pushing them to 3-0 for the first time since 2017.

Maryland fell at home to Navy in its next match, but bounced back with a 3-1 come-from-behind victory against George Washington.

The win would be the last of the Terps’ season.

Maryland would go 0-1-2 in its final three nonconference games, but sat at an encouraging 4-2-2 record heading into Big Ten play.

Although there were questions as to whether or not the Terps could carry this momentum into conference play, they didn’t crumble immediately.

Maryland put on some impressive performances in its opening three conference matches, but a lack of attacking firepower and a knack for conceding last minute goals saw the Terps sit at a 0-1-2 Big Ten record.

However, with Poarch’s injury and the disappointment of letting a conference win slip through its fingers, Maryland wasn’t able to regain its early season form.

The Terps’ defense struggled over the team’s next three away games, conceding nine goals in that stretch as Leone’s squad failed to pick up a point in their first conference run on the road.

Rutgers trounced Maryland and then proceeded to go 10-0 in the Big Ten, before picking up its final point of the season in a 0-0 draw against Indiana.

The Terps were unable to qualify for the Big Ten tournament after its draw with the Hoosiers and lost matchups at Michigan State and Michigan in their final away trip to close out the season.

While Leone wasn’t pleased with the results throughout the season, he was proud his team performed through adversity and never quit.

“They’ve played at a very high level, we scored more goals against Rutgers than anybody in the league,” Leone said after the loss against the Wolverines. “We just have to be a more focused all the way kind of team … They know that if they bring their best they can play with anybody, and I think that’s what you got to build on.”

Maryland went winless in Big Ten play for the second straight season, and now sits at 24 straight games without a win against a conference opponent.

By the time the Terps get another chance to defeat a Big Ten opponent, it will likely be over 1,000 days since their last conference win.

With the Leone era over after six seasons, the future of Maryland women’s soccer is up in the air.

Many mainstays of the Terps’ squad over the last few years — including Poarch, Malikae Dayes, Mikayla Dayes and Hope Lewandoski — will be lost to graduation, along with recent graduate transfers Liz Brucia and Kori Locksley.

Senior Emily McNesby has also already announced she will be leaving the program via Instagram.

Adalee Broadbent and Loren Sefcik could continue their careers with Maryland next year if they choose to stay, as both have an extra year of eligibility due to COVID-19.

Madeline Smith looks set to take over the starting goalkeeper position with Brucia graduating, as the transfer from Omaha has looked comfortable whenever called upon in net.

Junior Olivia Hicks and sophomore Zora Jackson handled a lot of the minutes on the backline this season, but any new coach may look to bring in players to bolster a defense that conceded the second-most goals of any Big Ten team.

The Terps will retain some quality in midfield, as junior Mia Isaac and sophomore Catherine DeRosa look more and more capable of performing at the Big Ten level with every game.

Both are versatile players and sound on the ball, and could make for an effective double pivot in the future.

Forward will be the biggest area of need for Maryland, which only scored 19 goals this season, the least amount of goals scored by any Big Ten team.

Eleven of those goals came from players who won’t be with the squad next year.

Freshman forward Toni Domingos failed to score in her first season with the Terps, but notched an assist and has the potential to develop into an attacker that can perform.

Despite retaining some ability, Maryland has lost plenty of talent already, and the new head coach will need to bring in plenty of pieces if they hope to find any immediate success in the Big Ten.

It’s been all downhill for the Terps since qualifying for their first-ever Big Ten tournament in 2019, but after a busy 2021 — with two seasons jammed into one year — they’ll get the fresh start they so desperately need in 2022.