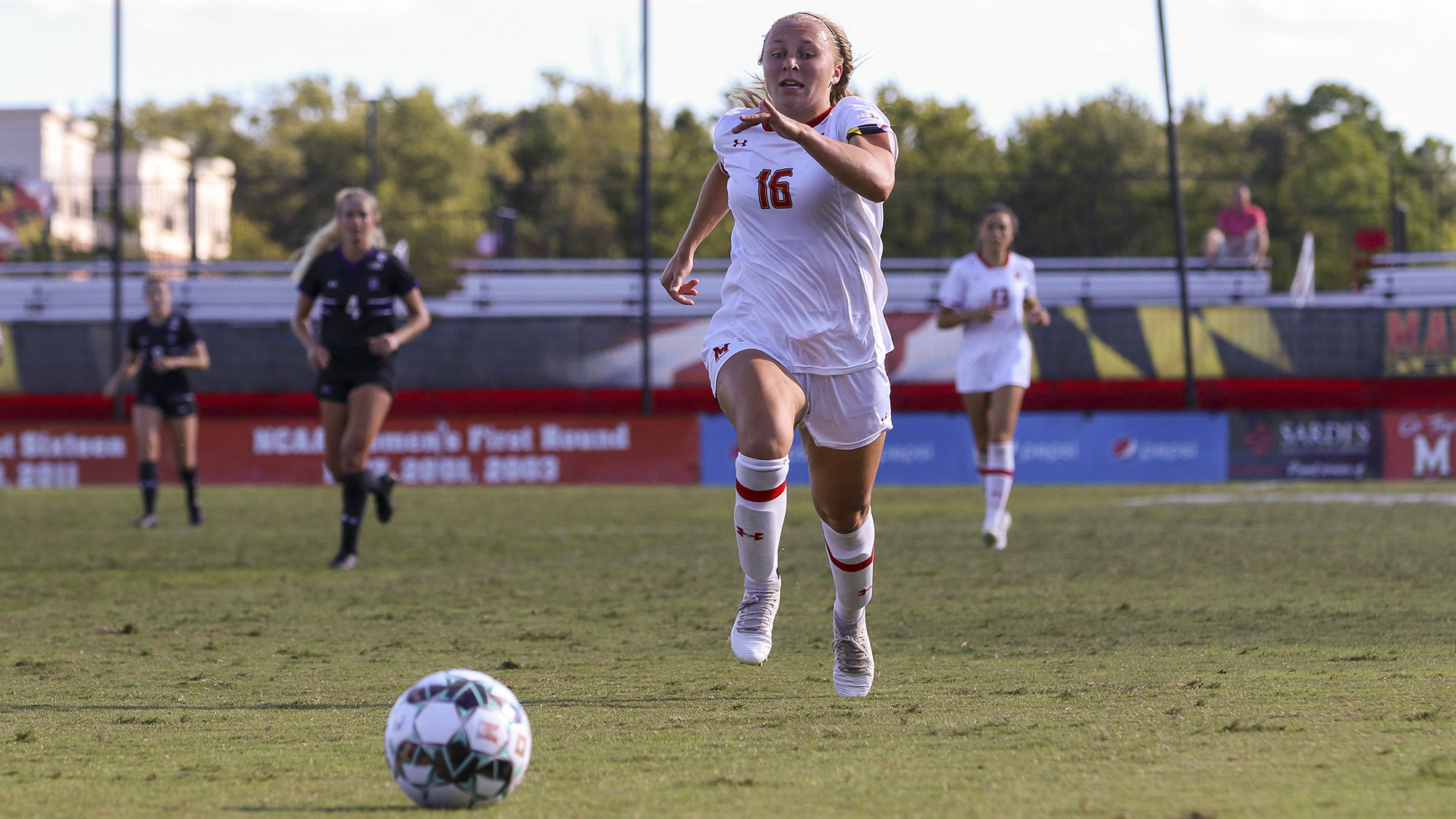 With a great goal and a solid defensive performance, Maryland women’s soccer seemed well on its way to its first Big Ten victory in just over 700 days.

However, with under a minute remaining, Northwestern won a throw-in and got the ball out wide to Olivia Stone, who served it back toward the box.

The cross bounced past multiple defenders and fell to Francesca Docters at the back post, whose simple first-time finish tied the game with just 23 seconds remaining.

Goalkeeper Madeline Smith could do nothing but watch the ball go in and smack the post in frustration. It was a familiar sight for Smith, marking the second time in the Terps’ last three games they conceded a late goal.

While Maryland would hold on to draw in overtime, the Terps dropped crucial points in their campaign to qualify for the Big Ten Tournament for the second time in their young conference schedule.

“We need to close it out,” coach Ray Leone said. “We haven’t been in that position very often to practice that kind of thing.”

Maryland’s defense also failed the team last week against Ohio State, when an unmarked Kailyn Dudukovich headed in the winner for the Buckeyes with just 96 seconds left.

Leone was proud his team was able to limit any further damage from being done however, as they struggled to cope in a similar situation at Purdue last year, conceding a tying goal with just seconds left before eventually losing in overtime.

“That was gutting, and then we lost on one kick over the top,” Leone said. “So for us to fight through that today shows the growth of this team’s mentality.”

Allowing late goals has caused the Terps to drop plenty of points already this season, hurting their positioning to earn a berth to the Big Ten Tournament.

Leone’s squad dropped three points by conceding those late goals to the Wildcats and Buckeyes. Without those mistakes the Terps would already be sitting in one of the qualification places after its first three matches.

While it’s still early in the Big Ten schedule, Maryland doesn’t want to develop such a dangerous habit, particularly in such a competitive conference.

The Terps will hope to bounce back as they head on the road for their next three Big Ten games, which will prove crucial to Maryland’s tournament hopes.

Midfielder Loren Sefcik, who scored the Terps’ only goal in its draw against Northwestern, hopes the team can put these mistakes behind them as they prepare for a challenging run of matches.

“We have to stay mentally focused, whether it’s the last 20 seconds of the game,” Sefcik said. “It’s very upsetting, but you know we got to learn from it, move on, and we try our best in the next game.”