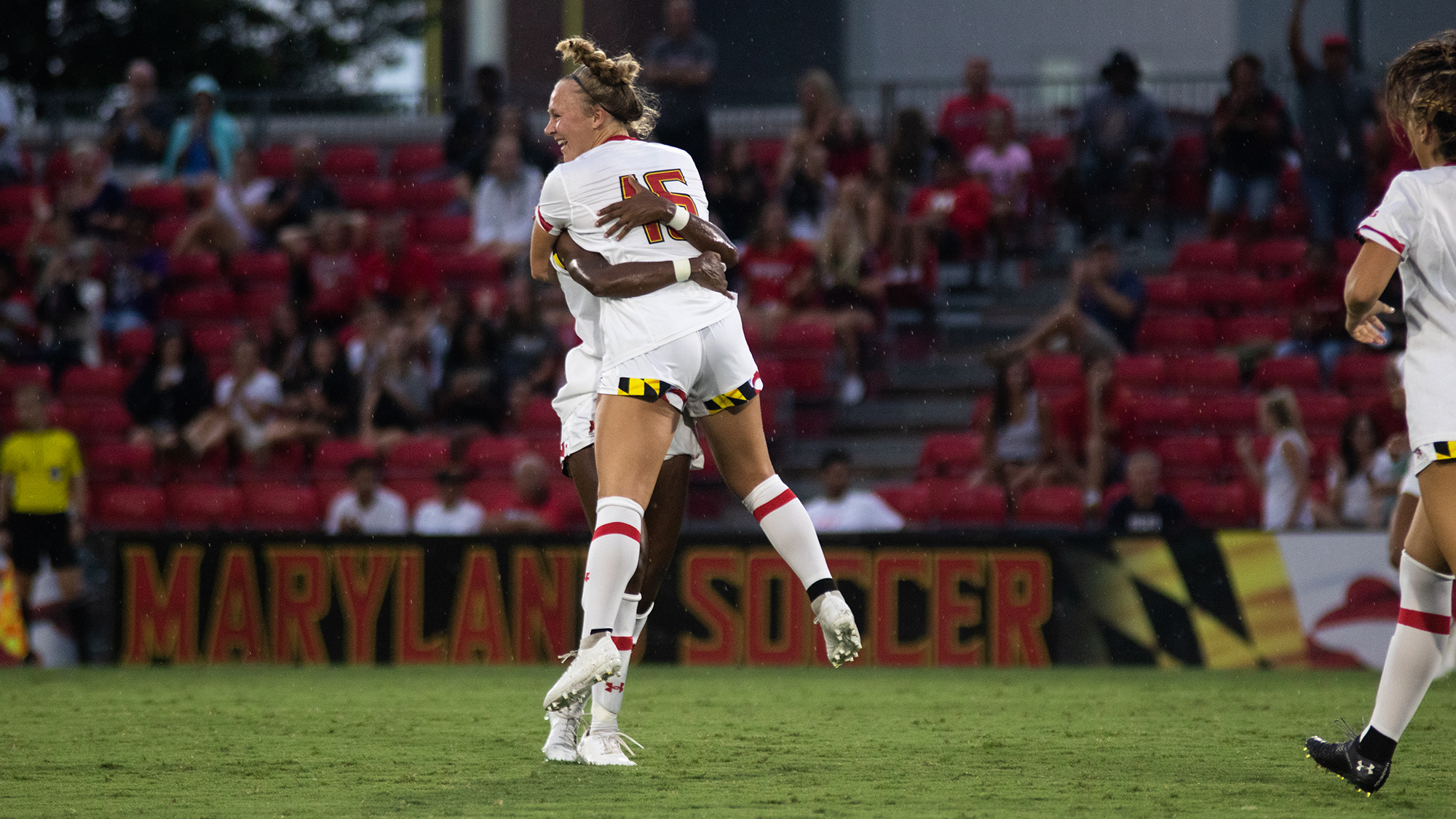 After failing to come out victorious in its previous 14 games, Maryland women’s soccer finally found its way to the win column.

A dominant offensive performance from a squad that put up just eight total goals in its 12 spring season games won its 2021 season opener 3-0 over the Temple Owls in front of a home crowd at Ludwig Field.

“It means a lot. I mean just the first goal meant a lot,” coach Ray Leone said. “I tried to keep myself in the moment and I think they did too… but now it’s turning a new leaf and we’ll go from here.”

Taking advantage of ample space outside of the box, Leone’s squad was able to cause problems for a Temple team that struggled in 2021, with high-powered shooting from the Terp attack.

Transfer forward Kori Locksley made her presence felt early in her debut, forcing a save out of Kamryn Stablein in the 13th minute before hitting the crossbar off the ensuing corner.

Loren Sefcik gave Maryland its first goal of the season in the 30th minute. Alyssa Poarch won the ball from an Owl player and held off multiple defenders before finding Sefcik, who took one touch before finding the bottom corner from 20 yards out.

The Terps quickly doubled their lead in the 35th minute. Locksley brought down a throw-in and found Poarch at the top of the penalty box. Poarch beat her defender and powerfully curled a shot past Stablein to make it 2-0.

The Terps held their commanding lead at halftime, outshooting Temple nine to one and winning nine corners to the Owl’s zero.

Despite leading, Leone didn’t tell his players to let up.

“[I sent the team out] maybe a little bit more conservatively. Still did the three forwards, nothing changed, just maybe holding the backs a little bit back and not giving it up.”

The Owls had a chance to get back into the game in the 52nd minute after Maryland failed to clear a corner, but Emily Kavanaugh’s shot went over the bar from just a few yards out.

Emily McNesby put the cherry on top of the win for the Terps with a long-shot goal in the 83rd minute. Olivia Hicks’ pass got through a Temple defender, and Stablien could only watch as McNesby’s first time chip from 35 yards out sailed over her head, giving Maryland a 3-0 lead.

Goalkeeper Liz Brucia kept a shutout in her debut for the Terps and had her defense to thank. The graduate transfer from Georgia didn’t have to make any saves in Maryland’s win.

Two other new additions in Toni Domingos and Locksley started for the Terps. Poarch was excited with how they fit in.

[After a winless season, Maryland women’s soccer hopes for better days ahead]

“They made a huge impact on the field. I know Kori and I have chemistry [with her] going way back, we did play with each other when we were in high school. But, it was really exciting to finally get to play back with her, and seeing Toni do really well tonight was pretty exciting,” Poarch said.

As the final whistle blew, the Terps celebrated their first win since October 24, 2019, when they beat Michigan State 1-0 in East Lansing, booking themselves a spot in the Big Ten tournament for the first time in school history. Loren Sefcik talked about what the win meant to the team after the game.

“Oh man, everything,” Sefcik said. “It’s so exciting to be back on Ludwig and finally to get a win in our — in the games it’s — it’s amazing, amazing feeling.”

A fresh start for Maryland in the fall looks to have done wonders for Leone’s squad.