After a winless season, Maryland women’s soccer hopes for better days ahead 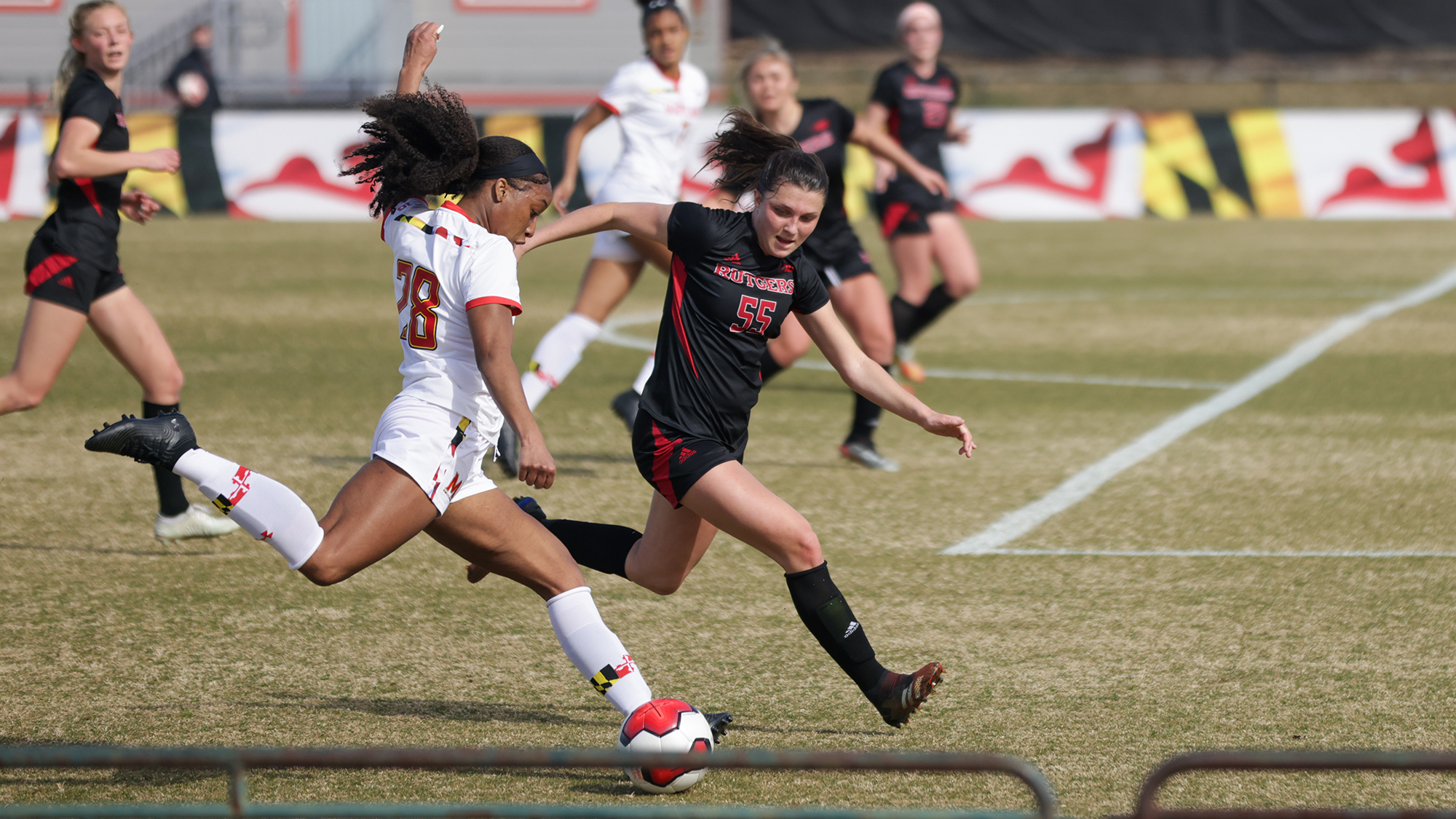 Maryland women’s soccer lost 4-2 against Ohio State Thursday, closing its unsuccessful spring season. It’s been a tiring year for the Terps, filled with numerous overtime games against talented opponents — and nothing in the win column.

Mikayla Dayes scored the first goal of the game, crashing through the Buckeyes’ defensive line and gracefully placing the ball into the back of the net. The Terps celebrated the first goal, hoping it could mean a potential upset over No. 22 Ohio State.

But the Buckeyes quickly proved they were as good as their 7-1-3 record suggested.

Malikae Dayes worked hard on the defensive line trying to prevent an equalizer from Ohio State. Her efforts in the back led to the goal itself — a Maryland clearance to an Ohio State corner.

Izzy Rodriguez sent the corner kick to the feet of Kayla Fischer, who volleyed it into the Terps’ net.

The first half ended with both squads level, leaving the second to determine a winner.

The Buckeyes got aggressive early, scoring two goals in the first 15 minutes of the second period. They secured their win and a spot in the next round of the playoffs with a fourth goal.

The gameplay was not unbalanced, though — Maryland kept the Buckeyes on their toes with multiple shot attempts by Mikayla Dayes and Alyssa Poarch throughout the second half.

Poarch scored a second goal for the Terps, a clean shot from the outskirts of the box, but the cheers for their second goal were not nearly as passionate as the first. The Terps knew it would be nearly impossible for them to bridge the gap, with the score now 4-2 in favor of the Buckeyes.

The feat became even greater with only ten minutes remaining, and the Terps couldn’t secure a victory, leaving them winless for the 2021 spring season.

However, there is a clear distinction between being defeated and being bad. The Terps demonstrated enormous amounts of grit, talent and determination against even the most talented teams.

There are a few reasons this drastic change may have occurred from their previous season to their current one. For starters, last year’s season had 20 games compared to this year’s 12. Many of these additional games were against teams from outside of the Big Ten Conference — ones Maryland had a much greater chance of winning against.

Without non-conference games, Maryland only had the talented teams of the Big Ten to play against, leaving them with a consistently difficult season.

The consequences of COVID-19 also likely affected the season’s outcome. This year, the Terps welcomed many strong freshman players. However, these freshmen, as talented as they may be, couldn’t play any games at the collegiate level until the regular season officially began — leaving them much more unprepared than the freshmen in years prior.

With this season so deeply delayed and the fall season only a short summer away, the Terps only have a few months to practice and return refreshed and ready to take their reputation back.

“I think a big part of Maryland culture and being a part of the Maryland athletics family is the theme of resilience,” midfielder Sydney Staier said, “so I’m excited for what’s to come, whatever that may be.”