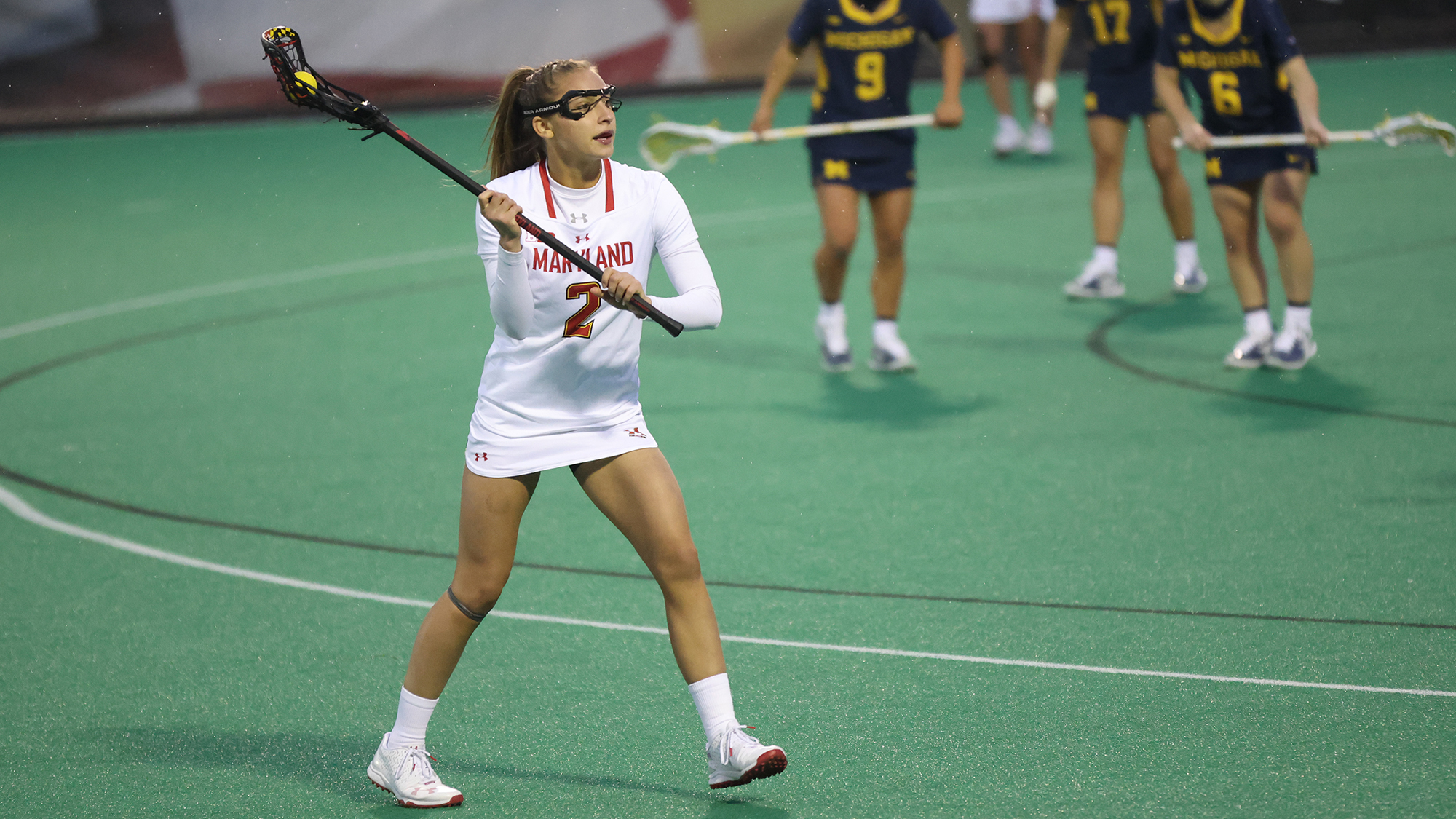 Victoria Hensh, a lacrosse player from Woodstock, Md. was forced to redshirt and rehab her entire freshman season following an ACL tear the summer before she arrived in College Park. (Collin Riviello/The Diamondback)

Some would say that’s the chance you have of getting injured during your career as a college athlete. It’s not a matter of if, but when.

But what happens to a person’s mind following a physical injury can affect the well-being of any college athlete.
This concept has played a large part in Maryland athletics’ decision to focus more on treating the mental health of injured players.

Whether it’s an ACL tear, cramps or even a hangnail, college athletes are provided many resources and outlets to rehabilitate their minds as well as their bodies.

“We went out and hired a sports psychiatrist to come in and to work with our team. We have a group that meets with our injured players,” Maryland football head coach Mike Locksley said last month.

Locksley and his team have had to deal with several injuries this season to key contributors such as receivers Jeshaun Jones and Dontay Demus Jr.

Support groups are just one of many ways athletes are helped through the rehabbing of an injury, and some athletes say they are one of the most effective coping methods. Other teams in collaboration with this university’s sports psychology department have turned to these groups as well and say they have seen great results.

Victoria Hensh, a lacrosse player from Woodstock, Maryland, was forced to redshirt and rehab her entire freshman season following an ACL tear the summer before she arrived in College Park.

“They had one of the sports psychologists come in and talk to us because there were a lot of girls who were injured my freshman year, and so we made a mental athletes club and we would talk to her … once every month, we would meet before, during or after practice,” Hensh said.

She remembers the rough moments she went through while recovering, specifically missing her first tournament where she was forced to watch rather than play.

“Having to stand there through three games and see everybody having so much fun and doing so well. And I was just standing there,” Hensh said.

Following her injury, Hensh became just like many other athletes — suddenly forced to sit out instead of playing the sport she loved — a change that certainly affected her mentally.
“Tearing my ACL and being completely out of any sports was kind of ground shaking for me. I was like, who am I? What do I do?” Hensh said.

That’s where people like Parker Tims come in. Tims, a licensed clinical professional counselor, is just one of the staff members who work with athletes and talk about mental health.

Tims believes that a crucial aspect of helping an athlete get back to their best physically is making sure they are cared for mentally — care that can go a long way when improving an athlete’s mental health during rehab and post injury.

“Being able to educate the individual about the psychological aspects of injury, so they kind of feel a little more validated and feel a little more like they’re able to understand and kind of relate to what might happen,” Tims said.

With these resources accessible, athletes like Hensh found a community where they could bond with other injured athletes. Together they laughed, cried and shared their experiences all while building up their mental strength throughout the rehabilitation process.

“Knowing that it’s not just you and you’re not alone makes such a huge difference when you’re recovering and like mentally thinking about it every day,” Hensh said. “It just makes you feel better, and not like you’re some outcasts.”

Along with therapy and group sessions, the sports psychology department also focuses on education to support college athletes with their mental and physical health.

With a plethora of coaches and staff working with athletes, for Tims, it’s important for people to remember that athletes struggle mentally just like everyone else and playing a sport at such a high level adds additional stressors.

“Athletes are people and experience the same emotions as anybody else and are subject to the same stressors,” Tims said. “So anything that you’d see in the general population in terms of depression, anxiety, substance use, body image, stuff like these, are things that athletes are going to experience too.”

He also recognizes the work he and his department have done and hopes to see more athletic programs across the country continue to place a higher focus on their athletes’ mental health.

“I think just more support, you know, more awareness, more education, more conversations, more support available, so that athletes from a variety of teams and schools have access to the services and support and treatment that they need,” Tims said.

As for Maryland, the department’s efforts strive to help athletes such as Hensh get the message to put their mental health on the same level of importance as their physical health by committing to work on it — whether injured or not.

“Before I never really took care of it,” Hensh said. “But after my injury, I’d say I’m more invested in it [than] way before.”

The university’s counseling center can be reached at (301) 314-7651. Individuals can request appointments through the university’s athletic department clinical and sport psychology program online.