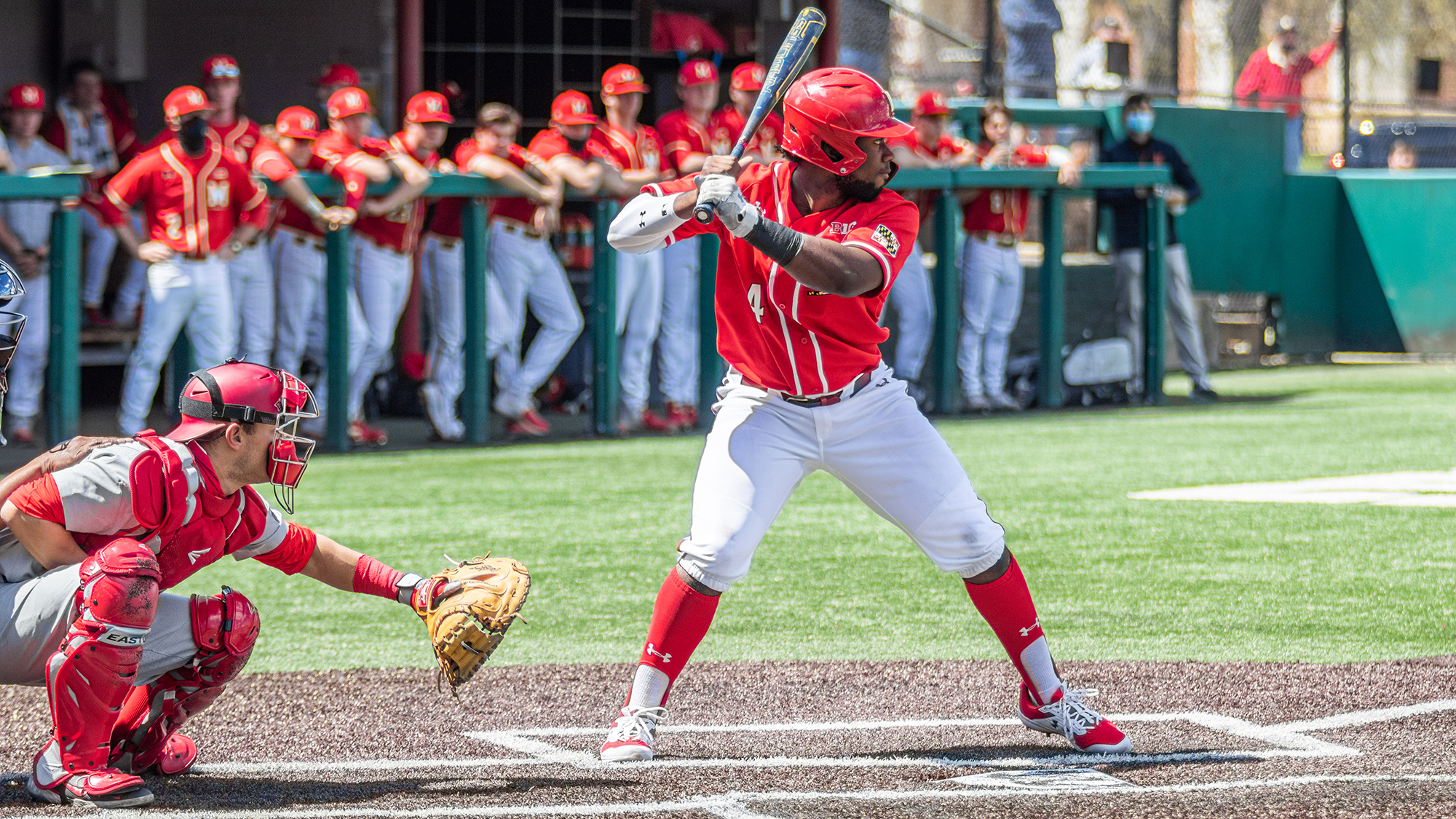 Maryland baseball has been one of the strongest batting teams in the Big Ten this year. The Terps are near the top in runs scored, slugging percentage and on-base percentage.

Those metrics are traditional to measuring a team’s offensive capabilities. But what Maryland has been best at this year is a less common way to get on base — being hit by a pitch.

The Terps top the conference in hit-by-pitches with 56 and rank near the top of the entire country with 2.24 HBP per game.

That might not be by coincidence, either. Coach Rob Vaughn says that it’s an area his team relishes.

“Our team almost takes pride in it,” Vaughn said. “When we see other teams dive out of the way, it’s almost like a mental victory in our heads.”

It’s a simple equation for Vaughn’s squad — one hit by pitch equals one free base. When its hitters hold its ground, Maryland can accumulate free offense.

And the Terps have 14 more free bases than the rest of the Big Ten.

“We preach from day one, we don’t move our feet … on-base percentage is one of the biggest correlations to scoring runs,” Vaughn said.

That has played out in the Big Ten this season. The top teams in on-base percentage — Nebraska and Michigan — also lead the conference in runs scored per game.

Batters hit by a pitch generate a higher on-base percentage, which Vaughn sees as leading to more runs.  Max Costes, one of Maryland’s best hitters, leads the team in hit-by-pitches.

He stands nearly on top of the plate, which Vaughn says he does in order to make it more difficult for pitchers to battle with him. As such, there’s generally less margin for error when Costes plays closer to the plate.

“The way to get Costes out is by throwing a fastball [inside],” Vaughn said. “If you miss by an inch on the plate, he’s going to hit it 500 feet … if you miss an inch or two on the other side you’re going to hit him.”

This strategy is not against the rules as long as the batter does not move in the box to be hit. The key is to freeze in the batter’s box and not try to avoid the pitch at all. Following a rule change in 2019, a batter can freeze and still be awarded first base.

Since then, the Terps have had multiple batters appear near the top of the NCAA leaderboards in being plunked. It’s possible the rule change has influenced that and, by extension, improved Maryland’s offense.

It goes to show that Vaughn’s squad is willing to sacrifice a few seconds of pain for the greater good of its offense. And it appears to be working.

“Everything in our offense is built around run production,” Vaughn said. “If you’re going to get on for free, then let’s take it. We’re not going to move our feet.”