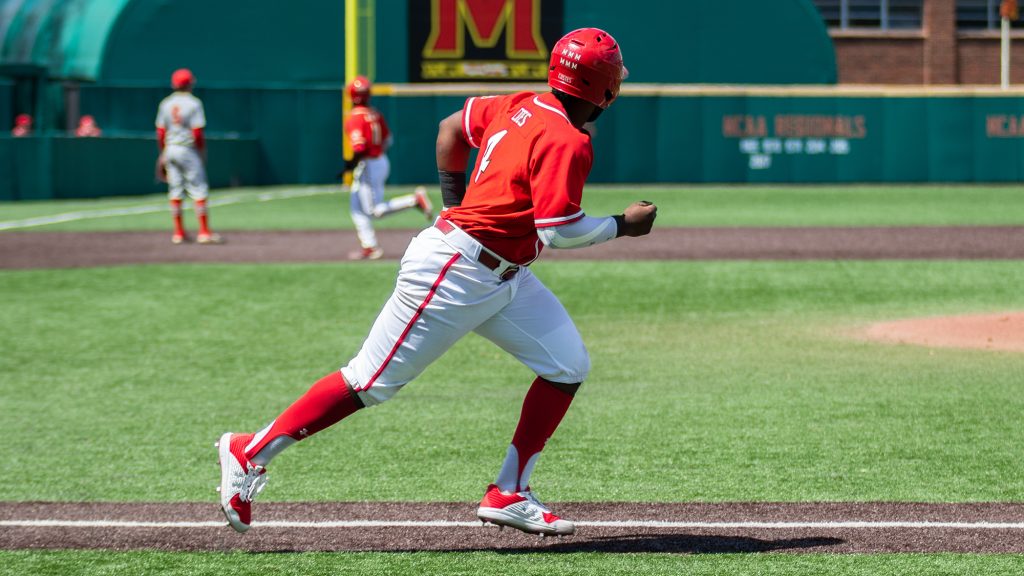 One path led to getting swept and the associated demoralization that can end seasons before teams have a chance. The other led to redemption, the gleaming hope and character that a team gains from avoiding the first path.

Coach Rob Vaughn’s squad championed the latter, narrowly avoiding a four-game sweep by Michigan State near the dawn of their season.

That series was marred by hitting woes from the Terps, who did not score more than four runs in a game in the entire series. Maryland looked to have a slugging hangover from the previous offseason and the Spartans nearly buried it.

The Terps’ 3-2 series-saving win was driven by freshman Jason Savacool’s early brilliance, which he carried through a few more early-season wins.

On Sunday, Maryland found itself on the other side. The Terps weren’t playing to avoid being swept — they were doing the sweeping. Savacool was still on the mound, but he wasn’t the reason his team won.

Their offense didn’t just perform adequately; it carried them. They were capitalizing off players getting on base and taking the right pitches to generate walks while playing together as an offense like they never have before.

Maryland had a weekend in which it matured as an offense, not just relying on opportune big hits or slugging.

“I didn’t feel like our offense was long ball or nothing this weekend,” Vaughn said. “For one of the first times all year, I thought we created some stuff.”

Vaughn cited Chris Alleyne as a performer who helped the Terps mature over the weekend. Alleyne has scored the second-most runs in the Big Ten and has stolen the most bases.

The senior also is tied for the most walks on the team, and his veteran presence shone brightest on a weekend that didn’t need loud bats.

“Our offense is different when [Alleyne’s] on the bases, and he can change the game in those situations,” Vaughn said.

And the numbers show that. Despite having fewer average hits than in the Michigan State series, the Terps generated more than two times as many runs.

It wasn’t because the Spartans had that much stronger of a pitching staff either. They currently rank lower in ERA than the Buckeyes.

For its newfound maturity at the plate, Maryland has been rewarded with three straight wins, vaulting up the conference standings. It now stands tied for fifth in the Big Ten and is 5.5 games back from first place.

The Terps finally got their first glimpse at being a dominant team in the Big Ten, a far cry from a lackluster Michigan State series.

And all it took was a refined approach at the plate.

“If we continue to attack the game the way we have these last three games, I feel like the chips are gonna fall our way more often than not,” first baseman Max Costes said.