After a slew of extra-inning games, Maryland softball hopes to get it done in seven frames 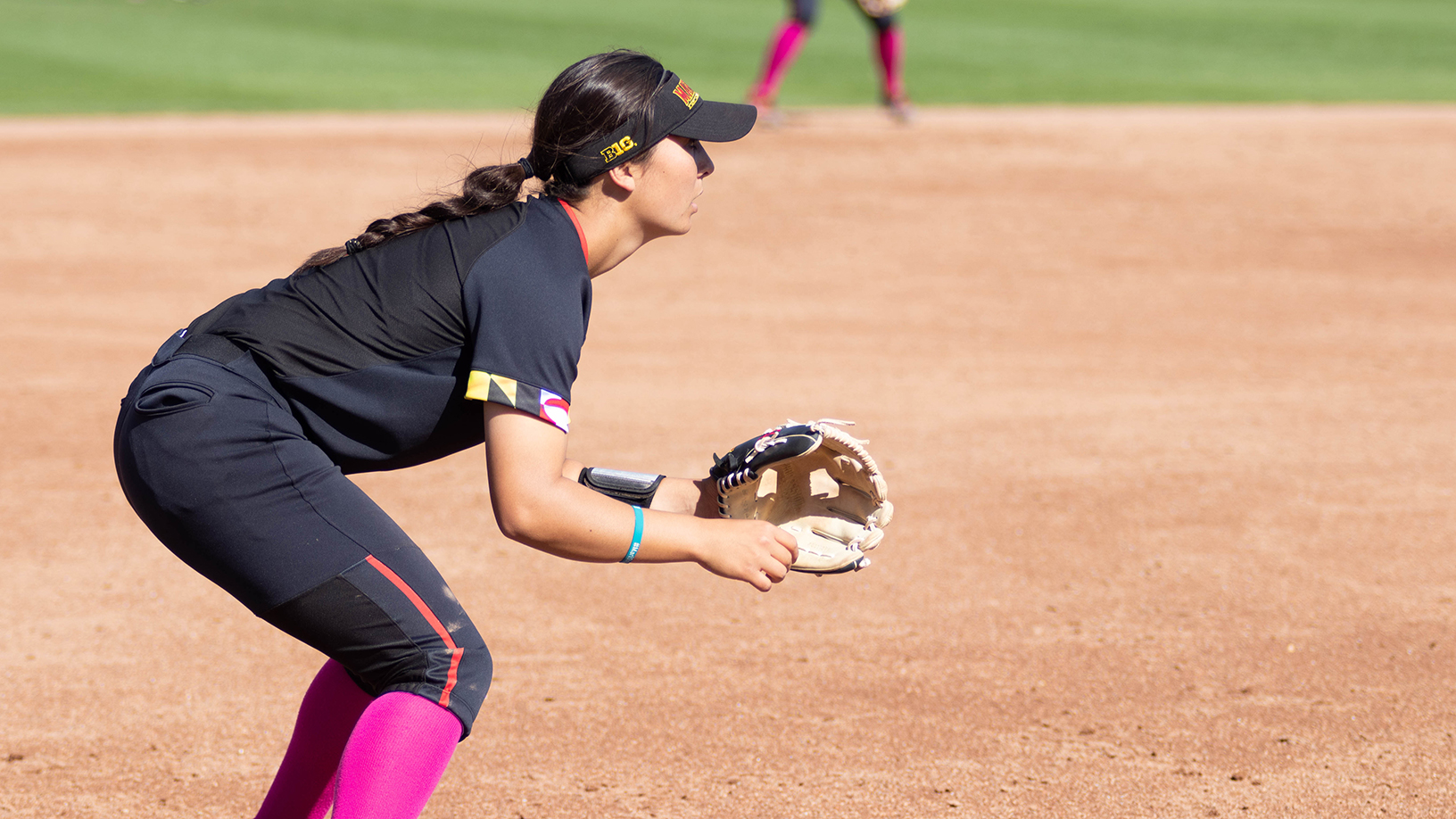 Maryland softball has played 12 games this season. Six of them have gone to extra innings.

The Terps’ next opponent — Ohio State — has played three extra-inning contests. One of those went 15 innings — more than double the length of a normal regulation game.

Maryland has consistently alternated wins and losses this season. With a total of 19 extra innings played between them, the Terps and the Buckeyes — both 6-6 — are fighting to stay above .500 and get out of extras.

For coach Mark Montgomery, the high number of extra innings is due to the all-Big Ten season.

“We’re playing teams that are probably more talented than some of the other games that we would have played earlier in the year,” he said. “We would have been able to work out some of those kinks by playing, maybe some teams of lesser all around talent. … We’re not where we need to be, and we’re having to learn it on the fly.”

But it’s not just the schedule that could be contributing to these close contests.

Outfielder Campbell Kline said she believes the competitiveness of the games is indicative of her team’s improvement compared to last season.

The conference has taken a different approach to extra innings in the first few weeks of the season. With every Big Ten team starting the season in Florida playing four to six games per weekend on the same diamond, time was of the essence every day.

That’s why, beginning in the eighth inning, the offensive team started with a runner on second to try and shorten the game. For pitchers like Courtney Wyche, this head start was a source of tension.

“It’s definitely an added layer of pressure for sure, knowing that there’s somebody already on second with no outs,” Wyche said. “I’m not a huge fan of it.”

But with the games out of Florida behind them and regular home-and-away play returning, the second base head start will begin in the tenth inning rather than the eighth, according to Montgomery.

With Kline and Wyche stressed by that rule, the hurlers aspire to get ahead of teams earlier in the game.

“[Extra innings] definitely take a toll on the body, and it definitely takes more mental exhaustion as well,” Wyche said. “We’re prepared to score some more runs this weekend. We’re just going to get on teams early in the game … so that way we lessen the likelihood it’ll be down to the wire at the end.”

“I feel, as we continue to get more confident, that these extra innings will go away,” Kline said.