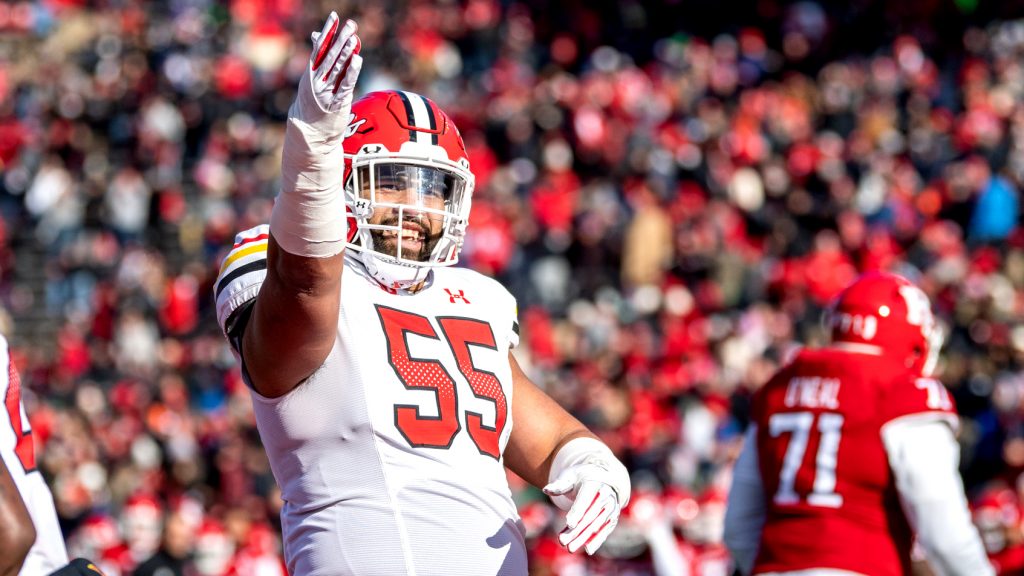 “Our program is ready to take the next step.”

Coach Mike Locksley said it on the first day of preseason camp. At the time, it was a message that Maryland football was going to be the type of program that stays disciplined and competes at a high level.

But, as the season wore on — and Maryland went from a 4-0 start to losing six of seven games — the spirit of the words took on one primary goal: bowl eligibility.

Injuries to key players and the rise of Taulia Tagovailoa to having arguably the greatest season of any quarterback in Terps history became second thoughts as they inched toward their objective.

Now, with a trip booked to its first bowl game since 2016, Maryland gets to move to the next phase it has set out for itself.

“For us, as we embark on year four, this was a necessary step,” Locksley said after his team beat Rutgers Saturday. “That step from non-bowl eligibility to becoming a bowl eligible team. We want this to become the standard. Teams that go to bowls have more opportunities to develop their team.”

As the Terps eyed an elusive bowl, there were no guarantees, something they’ve learned in past seasons. Recent Maryland teams also had strong starts, but conference play has been agony.

[Maryland is going bowling: 40-16 win over Rutgers sends Terps to first bowl since 2016]

With a bowl game now earned, the Terps are in the unfamiliar spot of an extended season — and that benefits more than just the seniors who Maryland has been fighting to bring to the postseason.

Extra weeks of practice offer a chance for the Terps to evolve further as a unit. A spot in a bowl game can be attractive to recruits, and younger players who took strides late in the season get more time to hone their skills.

“From here on out, we just keep progressing,” Tagovailoa said. “More and more wins, and it’s just a good feeling knowing we accomplished that now.”

And the ultimate win that pushed Maryland to a bowl gave glimpses of what it could be.

The Terps showed how they responded to a win-and-in game during their 40-16 victory over the Scarlet Knights, putting together one of their most complete performances of the season.

Maryland pulled ahead early with two first-quarter touchdowns, a feat it had only previously accomplished three times this season and once in the last nine games.

The Terps have not taken a lead and kept their opponent firmly behind them much this year, but they did so when their backs were against the wall.

“We hadn’t really played our perfect game yet,” wide receiver Brian Cobbs said “We’ve had games where offense was really good or defense wasn’t or vice versa. I feel like this game, our offense and special teams, defense … we really did our thing.”

[It’s not a trap: Maryland football was once again non-competitive against a top-10 team]

The game was by no means perfect for Maryland. Joseph Petrino’s inconsistent kicking and penalties still plagued Locksley’s squad. Yet when the final whistle blew, the Terps were the ones celebrating and taking a team picture filled with smiles.

“As I told our veteran players, this was going to be their Christmas card,” Locksley said. “This was going to be my Christmas gift to them if they came up here and took victory. We go stand under that goal post, get the score in there, send them home with a nice victory picture.”

Cobbs, one of those veterans, had one of the best games of his career against Rutgers, turning in 86 receiving yards and one of those first quarter touchdowns.

The senior said a quick start gave the team confidence to get the victory.

“Alright, we see what we can do, now it’s just staying disciplined, doing this each and every drive no matter what the defense does,” Cobbs said. “We felt like if we did that, we’d come out on top.”

That opening message from Locksley may have been muffled by aspirations of a trip to a bowl, but Maryland got there in the end. Locksley’s squad had one final chance to gain bowl eligibility, and they remained regimented to down the Scarlet Knights.

So regardless of a typically turbulent Terps season, Maryland accomplished its goal. And Locksley unwittingly epitomized his season after the win.

“Wasn’t pretty, but it was enough,” Locksley said.