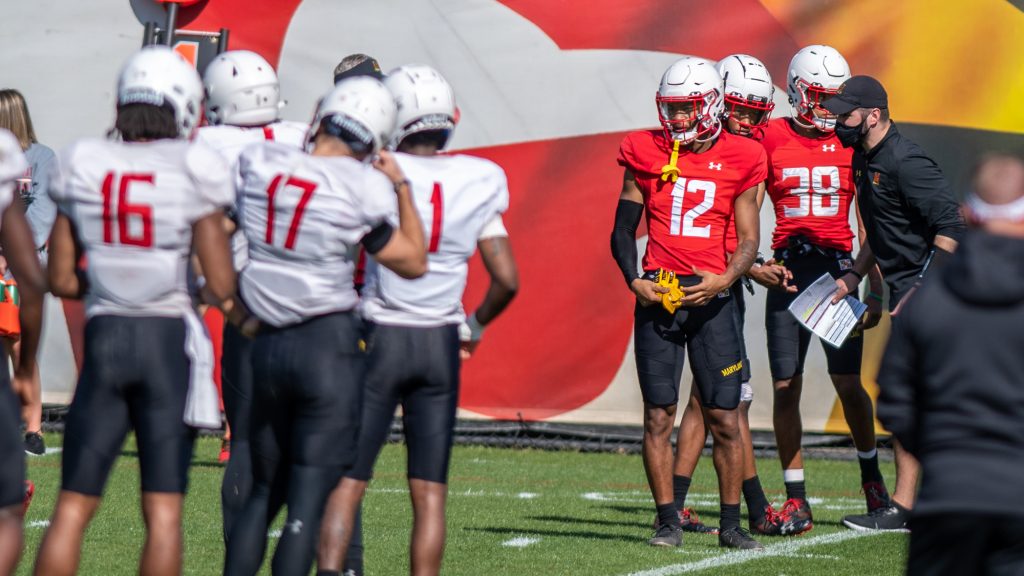 In just his fourth college game, Tarheeb Still found himself in the spotlight. With Maryland football shorthanded against Rutgers due to a plethora of injuries and medical holdouts, the true freshman had to step up and lead the defensive backfield against his home state team.

But the moment wasn’t too big for Still. He tallied seven tackles and four pass breakups, the most in a single game by a Big Ten player last season. While the Scarlet Knights ultimately prevailed in overtime, Still’s performance was the culmination of a stellar rookie season for the Terps.

And with coach Mike Locksley bringing in top-tier defensive talent on the recruiting trail, Still is set to spearhead a youth renaissance on that side of the ball as he prepares to enter his second season in College Park.

“It was exciting, just knowing that I could go out there and make an impact on the game,” Still said.

But getting early playing time was no guarantee for Still. Though he was a two-way player out of Timber Creek High School, Still moved to defensive back when he arrived at Maryland. That group was replete with talent, yet only Nick Cross seemed to have secured a starting role entering fall training camp.

With Still unable to take consistent reps in the summer leading up to the shortened season due to the COVID-19 pandemic, he took extra care to learn the system and study film so he could be prepared once preseason practices began. And after three quick weeks of work, he found himself starting on a frigid opening night against Northwestern.

“It was really like, ‘I’m just gonna come in here and compete and let the chips fall where they may,’” Still said. “You just gotta go in there with a positive mindset that you’re gonna do it.”

And he made the most of his brief first season. Though he only started four games — sitting out against Indiana for medical reasons — he led the country with two pass breakups per game.

He was quickly tasked with locking up some of the best receivers nationally, keeping Minnesota’s Rashod Bateman off the scoreboard and more than 30 receiving yards below his season average. Against Rutgers, his seven-tackle, four-pass breakup performance cemented his status as a leader in the defensive backfield for the Terps, and he was eventually named an All-Big Ten honorable mention.

“What I saw out of Tarheeb in practice, in games, is the consistency that you usually see out of a guy that’s two or three years in, as veterans are,” Locksley said.

As his first spring practice is set to wrap up, Still has maintained that high level of play, Locksley said. The rising sophomore has hung with Maryland’s explosive wide receiver room, impressing his head coach with his volume of pass defends and turnovers.

He’s also growing as a leader in the secondary. Locksley has noted Still’s impressive competitiveness and self-confidence from the first time he put on the red, white, black and gold, not backing down from any matchup.

“When you got him coming out and doing what he did, it just elevates the competition in the room,” safety Jordan Mosley said.

His leadership will be critical to a youthful Terps squad that is still in a rebuilding phase. Locksley said his budding star has bought into his vision for the program, one built around doing the little things right and putting in hard work every day to become better in all facets of the game.

Now, that vision is starting to come to fruition. Still embodies Maryland’s changing culture, one built around a group of dedicated, winning players that buy into what Locksley’s building.

And when he and his teammates take the field Saturday for the annual spring game, it’ll be just one more step in that process to turn the Terps around.

“Coming here, guys are more hungry, guys compete and guys actually want to show that Maryland can be one of those teams to compete for a Big Ten championship,” Still said.