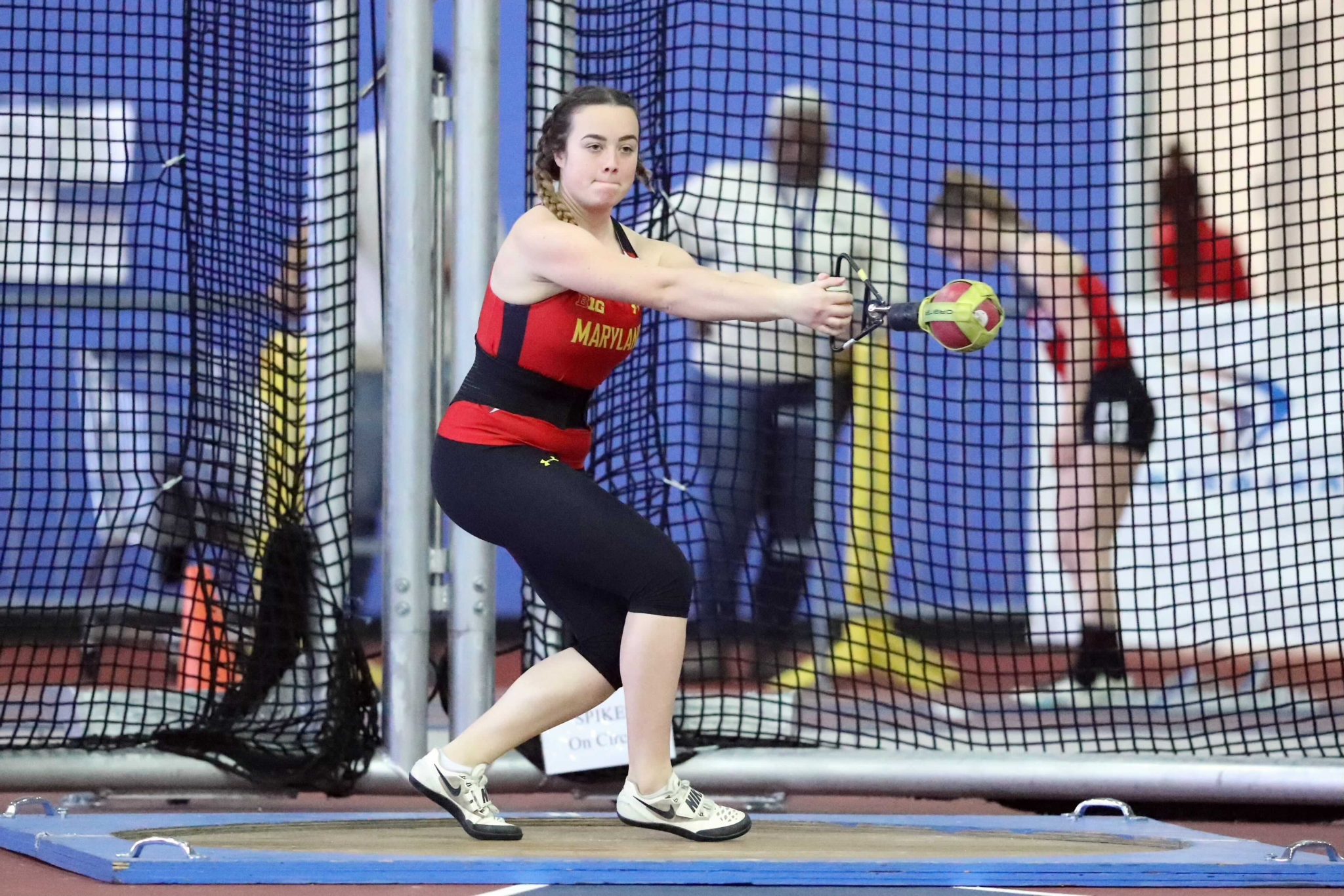 Alice Barnsdale spins to throw her weight during a Maryland track and field meet in 2020. (Photo courtesy of Maryland Athletics)

The track and field event features the grace and fluidity of ballerinas and figure skaters combined with the raw strength of powerlifters. It’s poetry in motion.

And with the buildup of kinetic energy from the spin combined with the technicality needed to aim, it’s clear the weight throw requires as much science as it does athleticism. The optimal throw involves a lot of physics and requires several components.

Thrower Hayden Tobias is also well aware of the practice it takes to master the movement.

“What I think about is making sure I’m moving quickly, as well as moving extremely long with my body, trying to create a lot of stretch reflex,” Tobias said.

Those techniques seem to be working for Tobias, who made his freshman debut at Maryland with a third-place finish in the weight toss event Jan. 23.

Also critically important is that signature spin athletes do to create momentum. Though completing three spins is typical, Tobias is aiming for a fourth.

The number of spins raises a question: Do athletes get dizzy during the competition?

Each meet typically has athletes complete at least six events. At three or four rotations per throw, athletes usually don’t get dizzy during meets, as the volume isn’t quite enough.

In fact, Tobias says the only time he ever experiences any sort of dizziness related to spinning is during practice if he is working on 10-spin rotation drills. Otherwise, the feeling is almost nonexistent.

While dizziness is not usually on the minds of athletes at the Division I level, it can be a nuisance for those just starting. Barnsdale, who has been throwing for eight years, said it took her about a year before she stopped getting dizzy while throwing.

“I’ve been doing it so long that I’ve got used to it, my body has adapted and I don’t get dizzy anymore,” she said.

Still, for all its technicalities, throwing is an art. And it’s far more difficult than it looks.