Year in review: The Diamondback’s 2019 in pictures 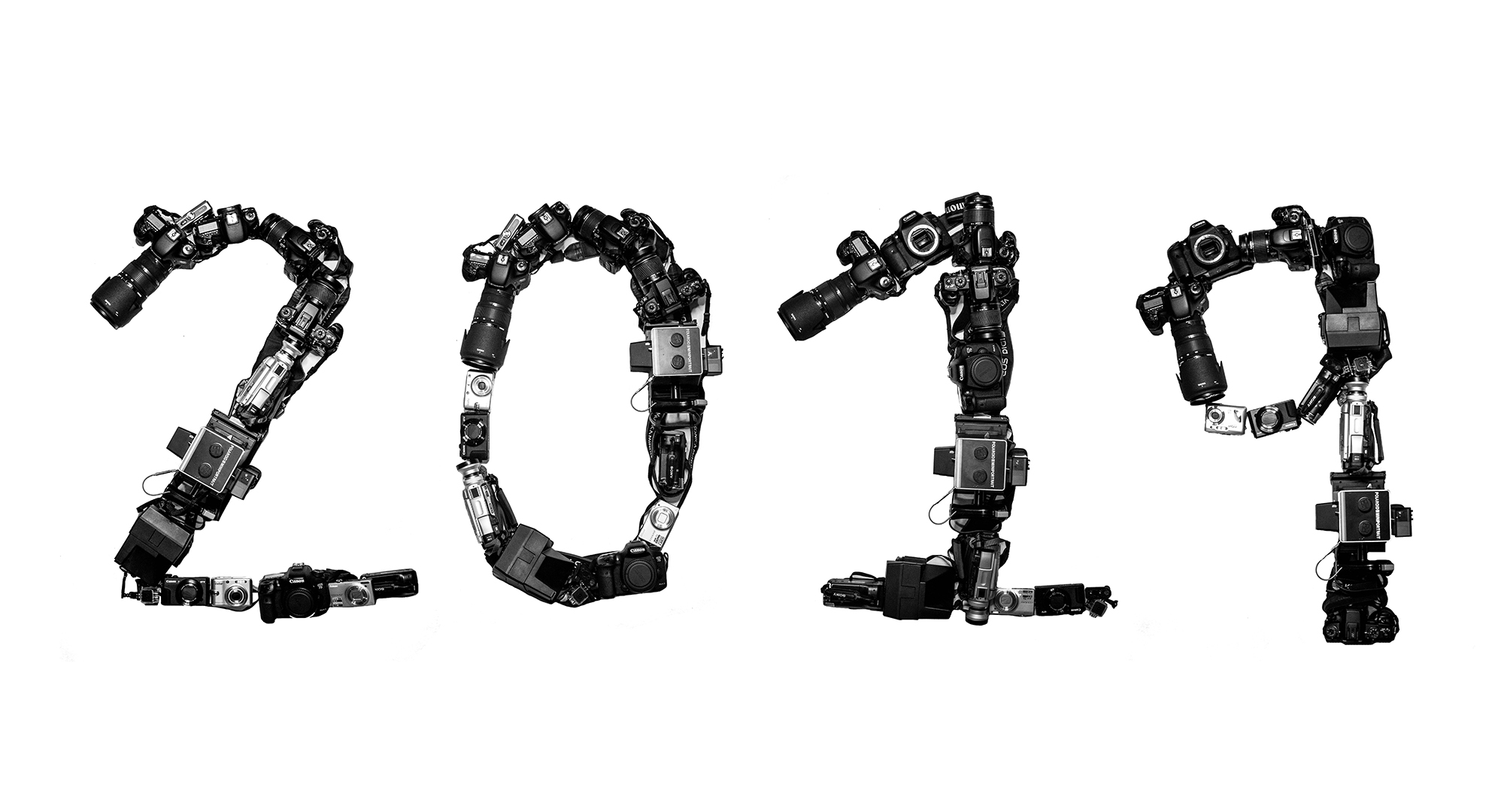 Every day, The Diamondback’s photo editors come into the newsroom and pick the best photo to accompany each article. This year, we went through over 14,000 photos — a small fraction of all pictures taken by the staff news and sports photographers. Below are my top picks for each month of the year. These photos not only represent the top news events that affected the greater College Park community but also the best of our visual work.

After nearly three years of construction, four classrooms opened for student use in the Iribe Center at the beginning of the spring 2019 semester. Staff photographer Evan Kramer captured the silence and design elements of the empty building by utilizing shadows and light as well as unique viewpoints.

On Feb. 18, over a year after University of Maryland student Maria Fisher was struck and killed by a car on Route 1, The Diamondback released a special project reporting on what the previous year was like for the Fisher family and what they did to find answers. We followed Dan Fisher, Maria’s father, from College Park and all the way to Lititz, Pennsylvania, where he now runs a bed and breakfast in Maria’s honor.

Shige Sakurai, the associate director of the LGBT Equity Center, was the first person in the country to have a gender neutral driver’s license. In March, the General Assembly passed legislation which allows a person to select male, female or unspecified/other as their gender for a Maryland driver’s license without needing additional verifying documents, effective Oct. 1, 2019.

Three years after the beginning of construction, the Iribe Center opened on April 27. In these two photos, senior staff photographer Joe Ryan and staff photographer I’Shea Boyd used height to their advantage to capture both the entirety of the new building, as well as the ceremony that lead to its opening.

“Ireland Lesley, a government and politics major, was elected to be SGA president in April of 2019 towards the end of her junior year. Lesley ran on the Empower Maryland ticket and placed transparency and student involvement at the forefront of her campaign.” — Gabby Baniqued, Senior Staff Photographer

This year, over 1,000 students descended on McKeldin Mall for Preventing Sexual Assault’s fourth annual Occupy McKeldin, an event that focuses on sexual assault awareness and activism. Senior staff photographer Joe Ryan framed this shot, managing to show the many students attending the event from the point of view of a dog.

On May 26, Maryland’s women’s lacrosse clinched its 14th NCAA title after defeating Boston College in Baltimore. As soon as the timer counted down the last few seconds and the game had officially ended, I rushed to where the team was, breaking into the crowd to photograph the pure joy on the players’ faces.

The Maryland Food Co-op closed for good on May 31, after being unable to pay off its debt to Stamp Student Union. Staff photographer Richard Moglen captured this photo, where the chalkboard announcing the closing stands out against vibrant store. Moglen, who remembers visiting the Co-op as a kid, wanted the photo to focus on the characteristics that represent the Co-op’s identity.

THEY., Jessie Reyez and A$AP Ferg performed at Art Attack 36 on May 3 in Xfinity Center.

Above, a university community member rides a camel at the annual Israel Fest on the mall on May 10. Later that day, about 40 students boycotted the festivities as a sign of protest. I chose to juxtapose the first image, a man happily partaking in the celebration of of the anniversary of Israel’s independence, with the second, a student flying a Palestinian flag over her head, protesting Palestine’s lack of freedom.

While we weren’t around in June, the news still was. Here are the top news events that The Diamondback reported on during June 2019:

On July 29, eduroam replaced umd-secure as the university’s primary wireless network. Although the university lauded the change, many students remain disgruntled by it.

“This was a story about recent dehumidifiers that [the university] placed in Elkton Hall, after there had been a devastating mold outbreak in the hall the year before. I took my time taking these photos, and experimented with different types of lighting to try and keep the natural light but minimize the glare so you could read the words on the blue sticker.” — Joe Ryan, Senior Staff Photographer

On Sept. 20, thousands of people — many University of Maryland students among them — took to the streets of Washington, D.C., to strike for action against climate change. This was only a small part of the millions of people who went on strike worldwide, inspired by 16-year-old activist Greta Thunberg. As I accompanied these students to the strike, I documented their journey from the College Park Metro Station to the Archives-Navy Memorial station, down Pennsylvania Avenue, all the way to the Capitol building.

In early September, the university community learned of plans to demolish part of the College Park shopping center containing longtime favorites Marathon Deli and Krazi Kebob to make way for a new apartment building. Since then, the preliminary plans have been approved on both the city and county level.

In some of the most powerful images taken on campus this year, hundreds of university students came out to counterprotest four provocateurs from the controversial Key of David Christian Center. As the two men and two boys yelled out sexist and offensive remarks, women kissed each other and undressed in front of them. Senior staff writer and photographer for the day, Carmen Molina Acosta, captured these images of a campus community coming together.

In September, hundreds of people gathered at Xfinity Center for a free two-day dental care clinic. In this photograph, staff photographer Richard Moglen went for a different angle, opting to show the size of the clinic from above, rather than focusing in on the individuals.

On Oct. 28, the Student Government Association hosted a debate for the three mayoral candidates in the College Park council elections. In previous debates, mayoral hopeful Lalzarliani Malsawma had made homophobic statements. Senior staff photographer Joe Ryan wanted a photo that felt up close and personal with the candidates, as well as placed the incumbent and front runner, College Park Mayor Patrick Wojahn in the center. The candidates’ expressions as well as body language provide a lot of depth to the photo.

On Halloween night, a group of staff reporters rode the Green and Orange buses practically all night, observing college culture and Halloween costumes at their finest. We saw a lot of characters that night, including Elmo, Elton John and boozy Santa. For these photos, I had to get up close and personal with my subjects, mostly because we were all sitting — or in some cases standing — side by side in extremely crowded buses. I did my best to capture interesting shots of college students having fun on one of the most traditional and peculiar nights of the year.

I love this photo that Rachel Hunt took at the annual Slut Walk. The lack of a face combined with the lines and repetition of both the bricks and the posters came together to make both a powerful and masterful photograph.

In September, several staff reporters placed heat sensors in each dorm that does not have air conditioning. The results? It’s hot as shit. For this photo, I had just a few hours to create something that did justice to the great journalism that our reporters produced. I decided to go for a photo illustration that combined many fans and other items typically found in dorm rooms which I found around the newsroom. Turns out The Diamondback has quite the fan collection.

Remember that mayoral debate picture from October? Well, voters reelected incumbent Patrick Wojahn to served his third term as mayor on Nov. 5, 2019 and fellow photo editor Elliot Scarangello was there to capture the moment. Wojahn’s ecstatic facial expression and his husband, Dave Kolesar, in the background make this one of my favorite photos of the year.

On Nov. 12, 2019, thousands of recipients of the Deferred Action for Childhood Arrivals program and their allies flooded Washington, D.C., to protest outside of the Supreme Court as it heard arguments on the Department of Homeland Security v. Regents of the University of California case. Some chanted clever rhymes, while others silently held up homemade signs.

The case is not focused on the merits of the DACA program, which allows approximately 670,000 undocumented immigrants brought to the U.S. as young children to live and work in the United States, but is instead arguing whether the Trump administration acted improperly when it abruptly announced the end of the program. Among the throngs of protesters was a bus full of University of Maryland students and CASA participants — some of whom were undocumented immigrants themselves.

I especially like this photo for its sense of movement. With Jamie slightly off-center, it feels like they are about to walk into the camera, their facial expression reverberating their passion for the cause.

On Nov. 2, tens of thousands of Nationals fans flocked to D.C. to celebrate the team’s first-ever World Series win. This is one of my favorites from our photo essay on the parade. I love how the bright red confetti concentrates in the middle and rises up, dispersing more and more as it dots the bright blue sky.

On Dec. 18, a jury found Sean Urbanski guilty of the first-degree murder of 2nd Lt. Richard Collins in 2017. After being delayed four times, the final trial took only six days. In the weeks leading up to the trial as well as during it, I photographed various memorials for Collins, as well as the people that have worked tirelessly to cement his legacy since 2017. To me, the four photos above not only portray the events that lead up to the trial, but also the emotions that were felt.

In the first photo, a University of Maryland student holds a candle in honor of Collins’ birthday. The two middle photos are of Dawn and Richard Collins II, the parents of Lt. Collins, at a press conference following the conclusion of the trial. I especially like the second photo, as the vertical lines present throughout draw viewers into the emotional scene. Finally, the last photo is from the first scholarship ceremony in honor of Collins at Bowie State University.

On Dec. 6, 2019, hundreds of protesters took to the streets of Washington, D.C., to take part in the ninth Fire Drill Friday, a movement led by actress Jane Fonda to protest the lack of action by big corporations and the government to combat climate change. Among the throng of protesters, some wearing costumes and others holding home-made signs, was a group of 20-some University of Maryland students. While the overarching message of this Fire Drill Friday was to protest financial institutions that invest in the fossil fuel industry and contract with migrant detention centers, the students came with their own demands for this university. These student activists urged administrators to establish a sustainability general education requirement, divest from the fossil fuel industry and end this university’s use of fossil fuels.

Since we took a lot of photos in 2019 and covered many events, much of our best visual work corresponded with the top College Park news events of the year. But, out of the 14,000 photos submitted, there were many more that I thought deserved to be shown. Below, there is a slideshow of our top 50 photos, besides these, that The Diamondback’s photo staff took in 2019. Enjoy! 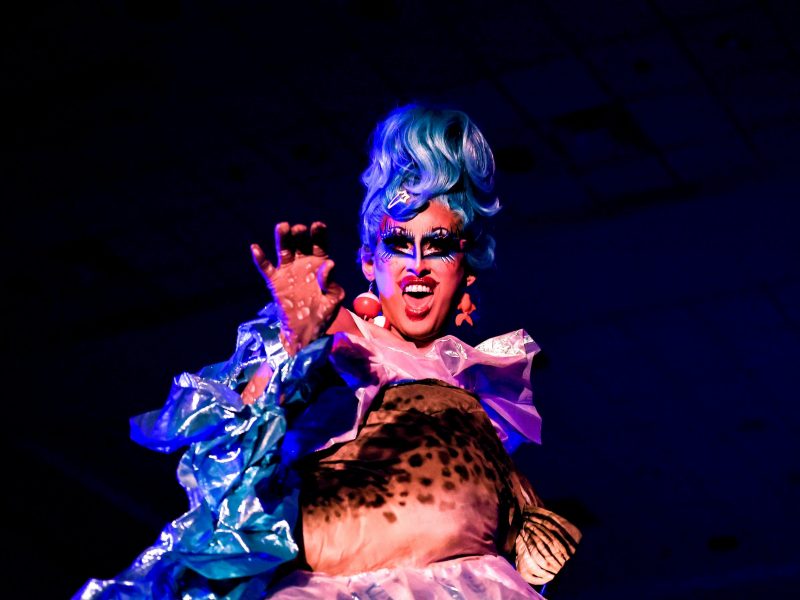