Ride with the mob: A$AP Ferg performed at Xfinity Center for Art Attack 36 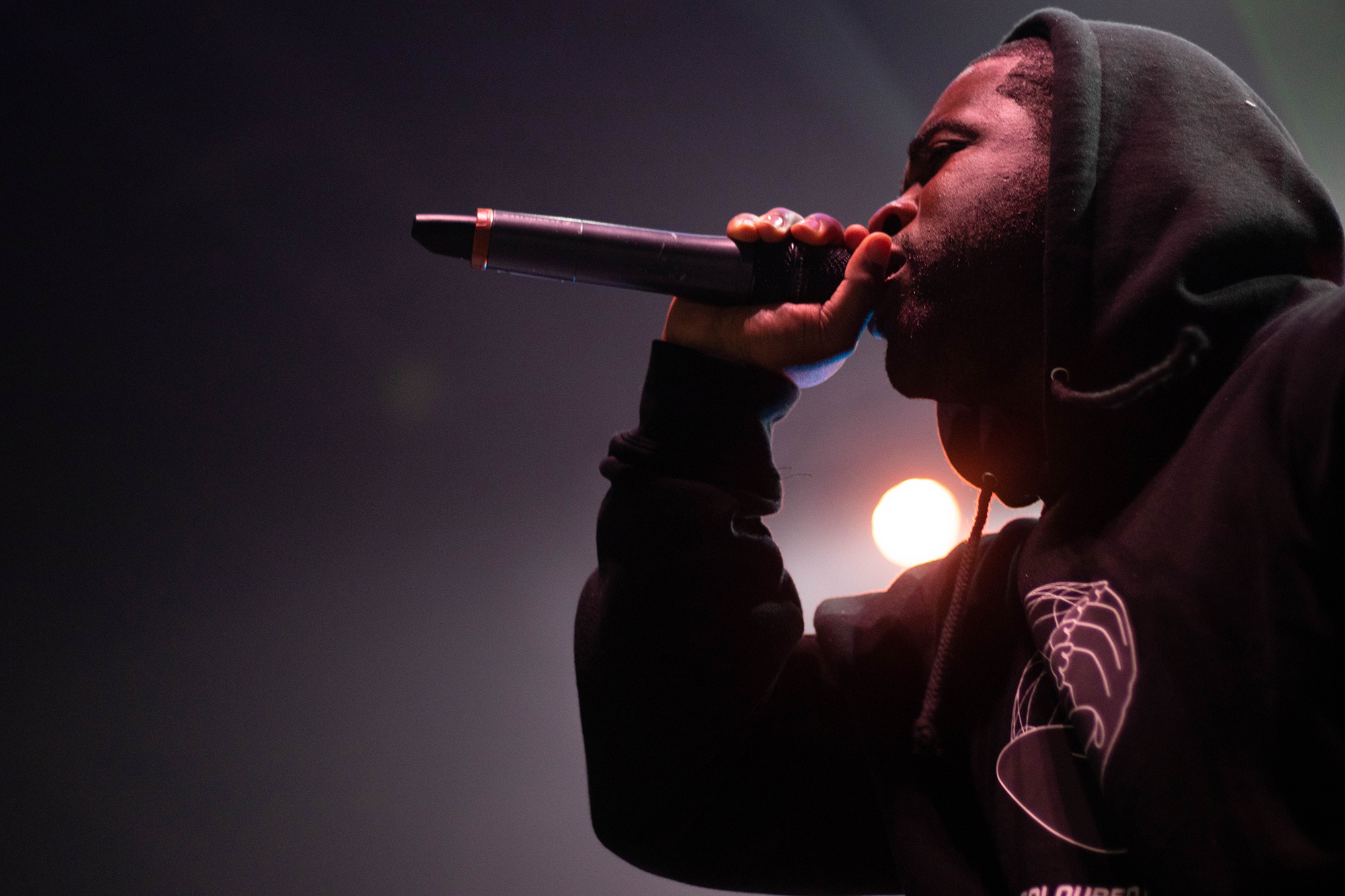 The crowd stayed properly hydrated Friday night at Art Attack 36; A$AP Ferg and THEY. both sprayed the crowd with water when the beat dropped in their set. At one point, Ferg even passed out water bottles to the crowd.

“Pass it to him. He asked for it, not you. Share that shit for real. Don’t put your nasty mouth on it either,” he said to the crowd, attempting to give a water bottle to a specific guy.

The center of the crowd was a mosh pit, and they needed water after a long night of dancing. Altogether, four acts performed at the Xfinity Center for Art Attack, Student Entertainment Events’ annual concert. 10issues, THEY., Jessie Reyez and A$AP Ferg all brought their own swag to the stage on Friday night.

10issues opened the night, a jazz, hip-hop and contemporary R&B group SEE picked to play after winning Battle of the Bands. I’ve heard them play before, and they performed just as expected. Right off the bat, they brought a strong energy to the stage. It looked like a bunch of friends on stage having fun together, dancing and singing and goofing around. My favorite piece they performed was a flawless Ariana Grande mash-up.

THEY. followed the student group, a producer-songwriter duo that blends R&B, hip-hop and rock into their songs. Their lead singer — DMV native Drew Love — had a solid voice, but the set was probably my least favorite out of all of the performers. THEY. were trying too hard to be hype — it was mainly two guys jumping up and down for every beat drop. The audience did, however, jump along with them.

I saw tears in the eyes of the girl standing next to me when Jessie Reyez performed. She was feisty and real and powerful on stage. The Canadian-Colombian singer got laughter and tears during her set. She performed her song “Body Count” with hilarious visuals behind her. She sang “I dodge dick on the daily, yeah” with videos and memes on the big screen showing people avoiding flying eggplants. The audience was awestruck by her badass attitude and gorgeous voice on stage, not to mention her full-on crowd surfing.

In the middle of Jessie Reyez’s set, I was taken backstage to interview the man of the night, A$AP Ferg. He greeted me with gold grills, a light blue do-rag and a hug, even though I went in for a handshake.

“Hugs are therapeutic,” he told me.

Both during the interview and on stage, the rapper was funny and down-to-earth. Passing out water bottles and gassing up ladies in the audience, with lines like “I see you in the red tube top — that’s sexy,” Ferg knew exactly how to interact with the crowd.

A$AP Ferg is known as having a very classic sound, but embraces the new way of music, getting popular through virality and social media. Ferg said he loves genre-bending rappers such as Lil Nas X and how hip-hop has always embraced other genres. Hip-hop was “built off” of creating beats from disco and electronic music, he said.

“For the most part, I just embrace it. I embrace everything that’s new because you don’t ever want to be in a dinosaur position where you’re stuck in your ways and can’t equip yourself for the new times,” Ferg said.

Ferg, a member of Harlem’s A$AP Mob, said the worst part about performing is being misunderstood as an artist — he doesn’t like to be put in a box. He encouraged young kids and students not to get discouraged. If he came from Harlem and made it this far, a lot of kids can too, Ferg said.

“They can see me with gold grills and think they know my whole life. They don’t know that.” Ferg said. “I could have conversations to you about Salvador Dali, or like Francis Bacon, or Picasso…”

Very fittingly, the night ended with Ferg’s hit “Plain Jane.” The audience went absolutely nuts, shouting almost every lyric. Art Attack 36 had variety and soul and made me appreciate how hip-hop can come in all shapes and sizes. The University of Maryland loved riding with the artists — and hopefully, next year’s Art Attack will bring back the same energy.