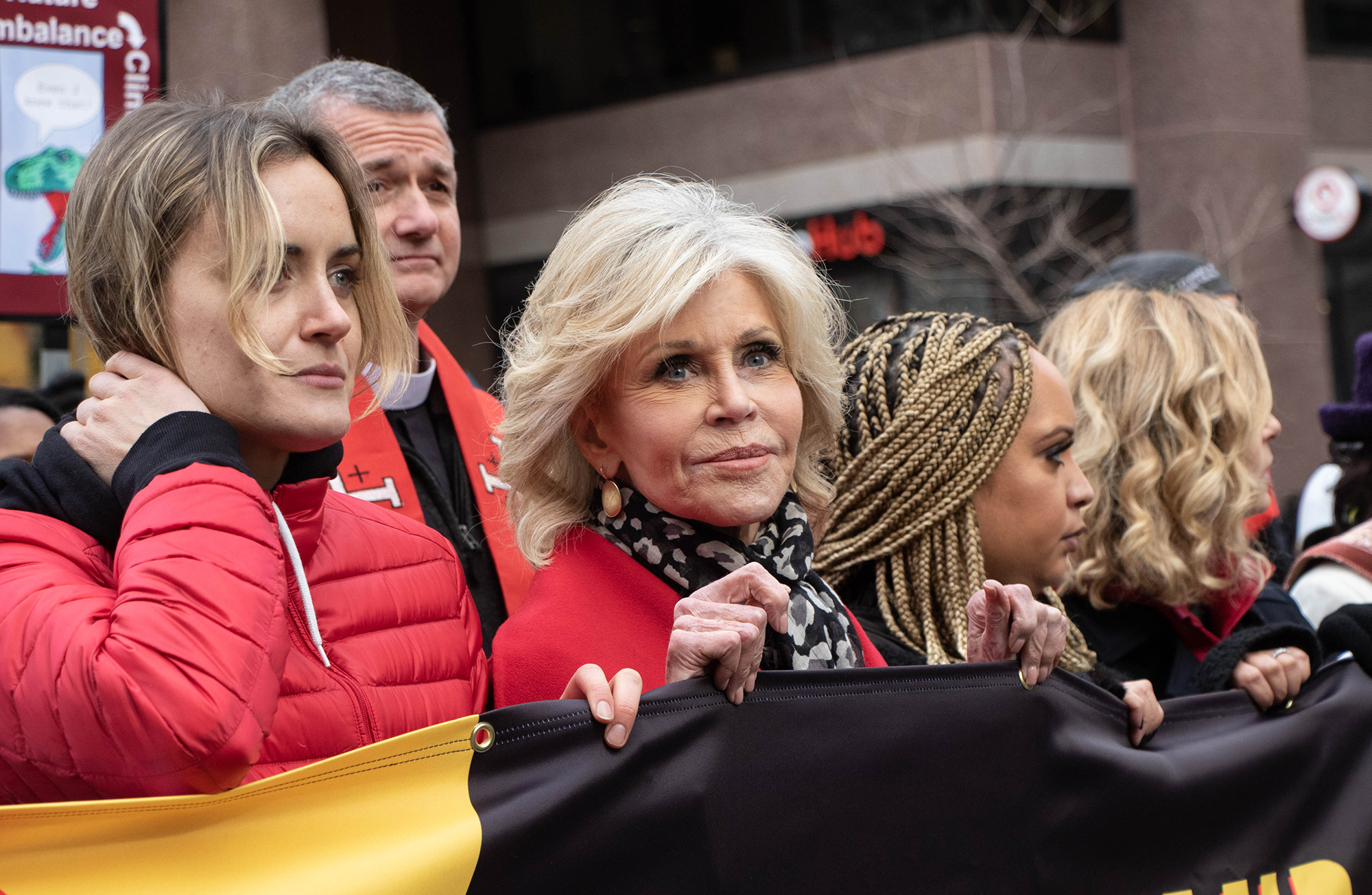 Their signs and chants colored by urgency, thousands of protesters swarmed Washington, D.C., on Friday to march against climate change.

With chants of “Shame on you!” and “No gas, no oil, keep that carbon in the soil!” frustrated activists grew more and more raucous as they swept down the closed streets of the city to confront financial institutions that invest in the fossil fuel industry and contract with migrant detention centers.

The protest marked the ninth “Fire Drill Friday” — a movement led by actress Jane Fonda, targeting institutions including JP Morgan Chase, BlackRock and Wells Fargo. But the group of about 20 University of Maryland students mixed in with the throng of activists had their own demands.

“Even though [the] University of Maryland has come a long way in terms of the fight for divestment from fossil fuels, there’s still a lot that our university can do,” said Margot Bloch, a freshman government and politics major. “And so, in addition to advocating and supporting the national goals of the strike, we’re also advocating for those specific demands on campus.”

Reiterating previous calls, activists from this university urged administrators to establish a sustainability general education requirement, divest from the fossil fuel industry and end the university’s use of fossil fuels.

This university’s Student Government Association announced its support for student groups’ demands Wednesday, passing a resolution and sending a letter written by the strike’s organizers to university President Wallace Loh and administration and finance vice president Carlo Colella, among other administrators.

“The University of Maryland must finally do what it should have done decades ago, and accelerate its action to combat climate change,” the letter read.

Outside of JP Morgan Chase and Wells Fargo, where the protesters coalesced, graduate public policy student Michael Brennan strummed his guitar and broke out in song. A handful of other protestors — one hitting a bucket as a drum, another using a tambourine and a third tapping on an empty Tide Pod container — joined in, and others nearby swayed to the music.
The moment’s energy was high, but the urgency of the issue at hand still loomed.

Emma Ericksen’s family is already facing the consequences of a warming planet. They live in the Gulf area of Alabama, where the senior environmental science and policy major says they face frequent threats from hurricanes and severe weather.

While no one escapes the implications of climate change, Ericksen said some people are more vulnerable than others. More than 68 million people were forcibly displaced in 2017 — approximately one-third of which were forced to move because of “sudden onset” weather events including intensified storms, flooding and forest fires following droughts, according to the World Bank.

This university’s Sustainability Cooperative — or “SCoop” — organized the coalition of activists who joined Friday’s demonstration. It was the second largest climate strike the environmental activism club set up this year, after hundreds of students marched in the Global Climate Strike on Sept. 20.

But many of the students gathered on Friday have been fighting for the same cause for years.

Sophomore politics, philosophy and economics major Emily Fox first got involved in climate activism in elementary and middle school, she said, where she was part of a youth activism club. There, Fox said she and her classmates pushed the school district to get rid of styrofoam lunch trays. Montgomery County eventually switched to paper trays in 2014.

Ericksen graduates in two weeks, and though she described working with animals as her dream job, she doesn’t plan to go after it. Instead, she’ll be looking for opportunities to work with the climate movement — whether it be with a climate action nonprofit or the Sunrise Movement, an organization that pushes for political action related to climate change.

“This is an emergency that we really have to pay attention to, and I have to step in and do my part,” Ericksen said. “Everyone has to make sacrifices at some point for this.” 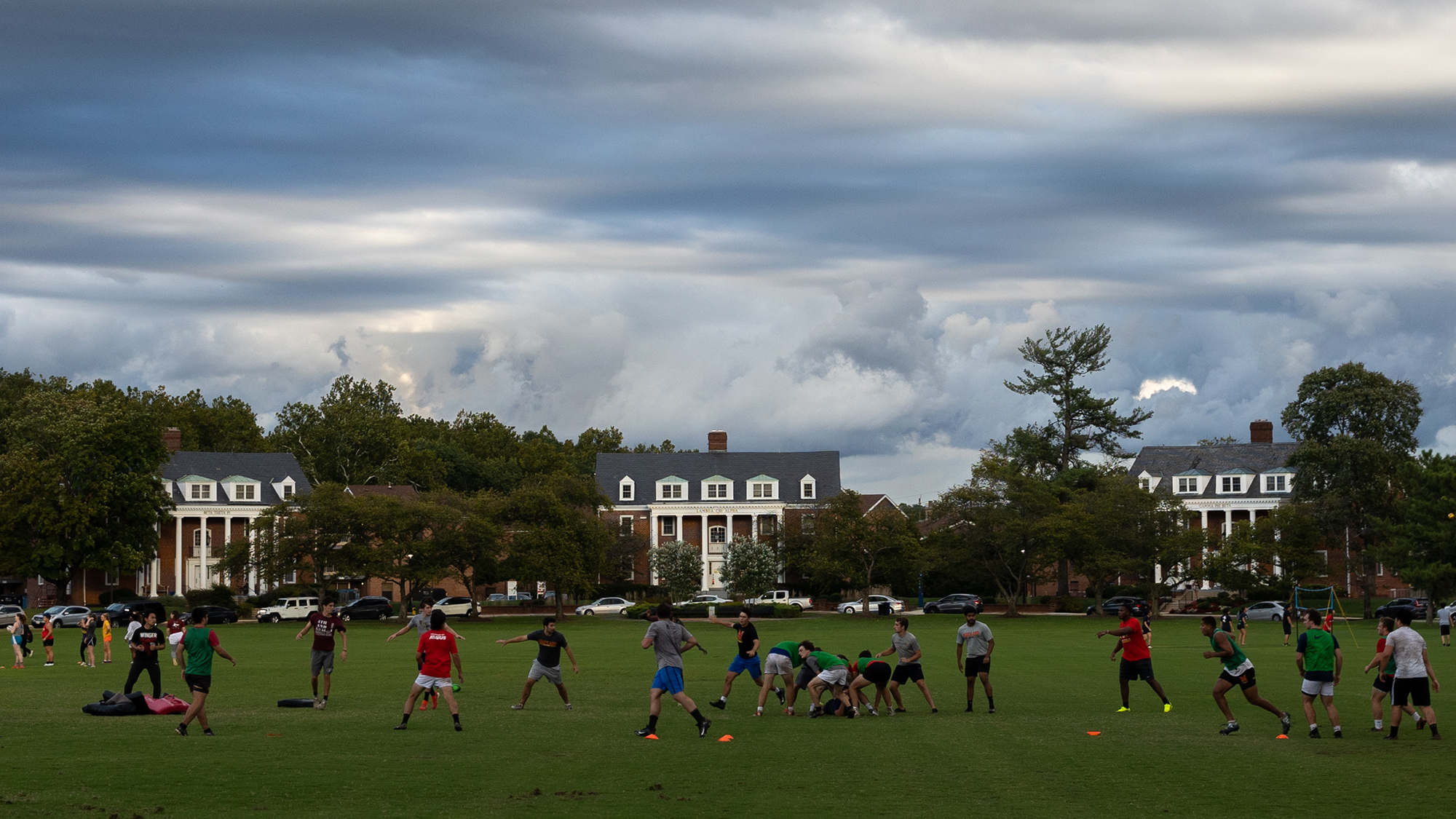 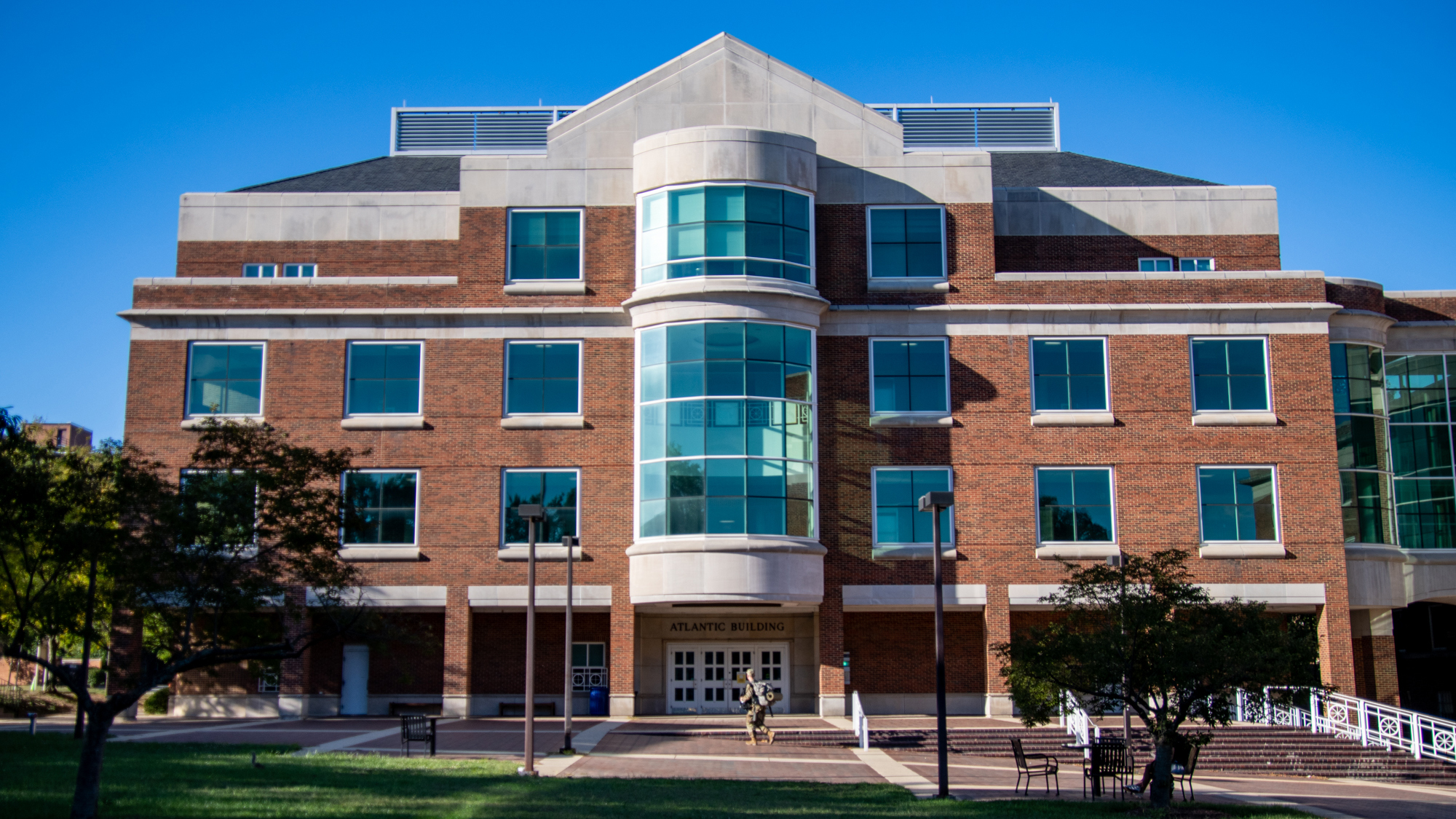