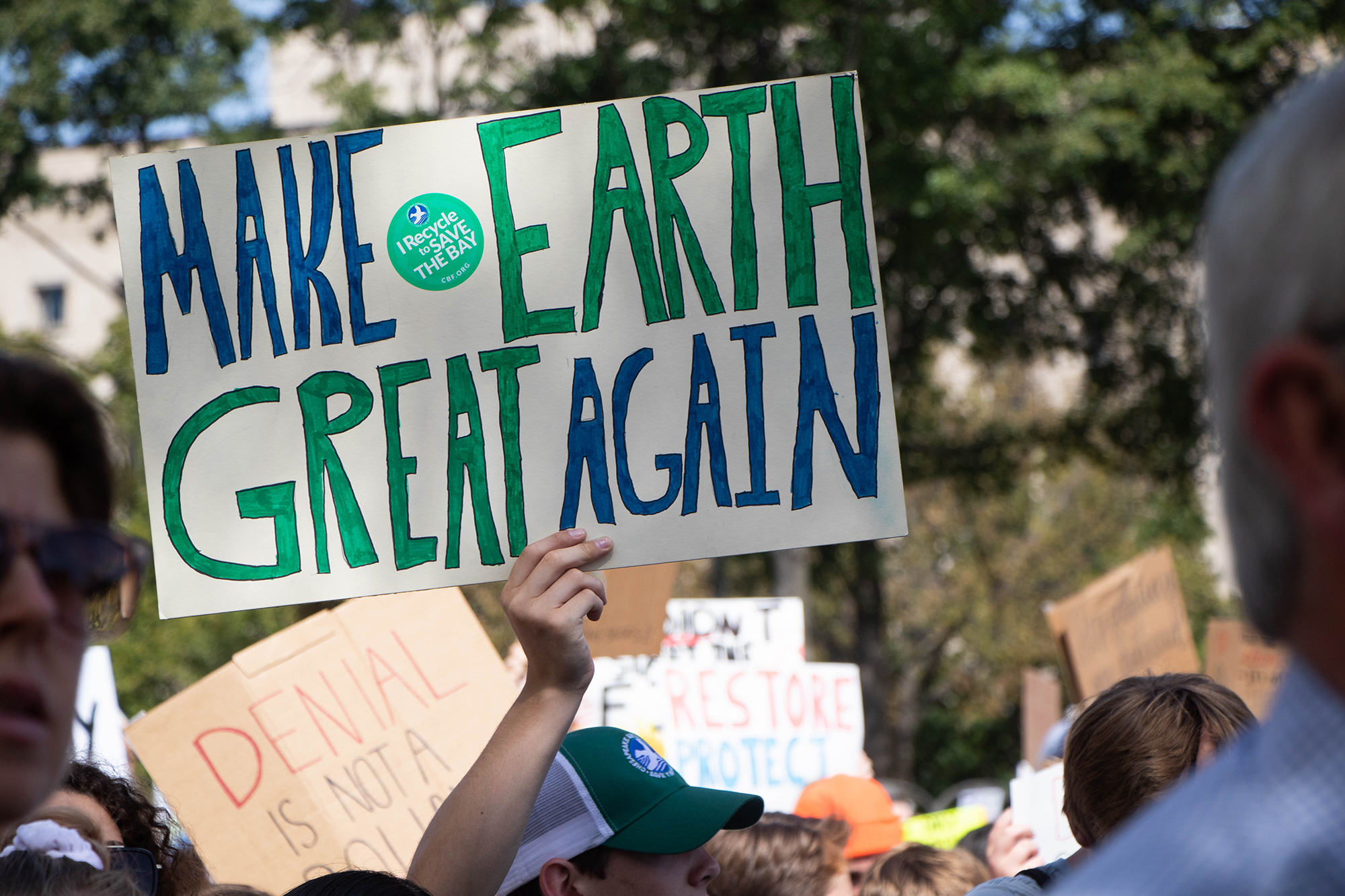 The University of Maryland’s SGA voted Wednesday to formalize its support of the climate strike demands put together by the Sustainability Cooperative, a coalition of environmentally focused student groups on campus.

The resolution received a vote of 30-0 with two abstentions.

“It’s really important that the university shows its students that it cares about them and that it wants them to be successful as go far in life,” student climate activist Margot Bloch told the Student Government Association before the vote. “And without an urgent call to action on climate change, who knows if that’s going to be possible.”

The second the results were announced, she smiled.

The bill’s passing comes just two days before students will participate in a global climate strike Dec. 6 in Washington, D.C., alongside other students and environmentally focused organizations.

“I’m glad it was passed … at every level we have to make sure that we’re fighting for climate justice,” she said. “Even though we’ve made progress here on campus, there’s still a long way to go.”

At the strike, students will advocate for a list of demands, including the creation of a sustainability general education requirement, the end of this university’s use of fossil fuels and the divestment of direct use and investments in the fossil fuel industry.

As a part of the resolution, the SGA will sign onto a letter of endorsement to be sent to university administrators prior to this Friday’s strike.

“As President Loh once said in a speech, ‘We are the first generation to feel the full effects of climate change and the last one that can do anything about it,’” the letter, addressed to university President Wallace Loh, administration and finance vice president Carlo Colella and others read. “The University of Maryland must finally do what it should have done decades ago.”

The resolution also states that the SGA plans to work with and provide continuous support to student groups such as SCoop and Fossil Free UMD as they work to lobby the administration. SGA also pledged to work with administration to ensure that student voices were being heard.

At the last strike Sept. 20, hundreds of students gathered outside of McKeldin Library to march all the way to the Global Climate Strike in Washington, D.C. Then, SCoop created a list of Maryland-specific demands to be sent to the university administration.

But this time, they wanted to include support from the SGA.

Alexandra Melinchok, the bill’s sponsor, said she hopes that the passing of this bill will spark conversation among students and bring awareness around environmental justice at both a local and international level.

And with student support, Melinchok hopes that faculty and staff will also jump on board.

“Hopefully it will draw more people in, and it will get more people from different parts of campus with different experiences involved,” she said. “Faculty and staff can be really important in making sure that organizing work is continuous and builds off of former years.”

In 2013, students circulated a petition calling for divestment from fossil fuels with nearly 600 signatures from other students at Towson University, University of Maryland, Baltimore County and various other colleges.

Then in 2016, a University System of Maryland Foundation committee looked into a proposal submitted by student group Fossil Free UMD to divest from fossil fuels. The foundation announced it would end investments in coal, oil and natural gas companies.

However, students have been left in the dark about what the foundation’s investments are and how much the foundation has actually divested.

Since then, the university has shown commitment to launching environmental initiatives such as signing on to the Cool Food Pledge and committing to carbon neutrality by 2050.

“They need to meet us halfway with communication and be like, ‘We recognize that this is what you want and we recognize that it’s really important,’” Cerpa said. “If they say it to all the students that are actually striking … I feel like that would be way more meaningful … you can’t just ignore hundreds of students striking every other month.”

“This is really students taking control of our education, we should have a say in the way our educational system is set up,” Melinchok said. “As students we feel that the climate emergency is something that we should be educating students about — we need to empower students to make the correct decisions so that we’re not making the same mistakes again when we rise to take the positions of the people who make those decisions.”

At the end of the letter, the students addressed Loh and the administration, using Loh’s own words to close out their list of demands.

“With our greatest sincerity,” they wrote, “The first generation to feel the full effects of climate change–and the last generation that can do anything about it.”