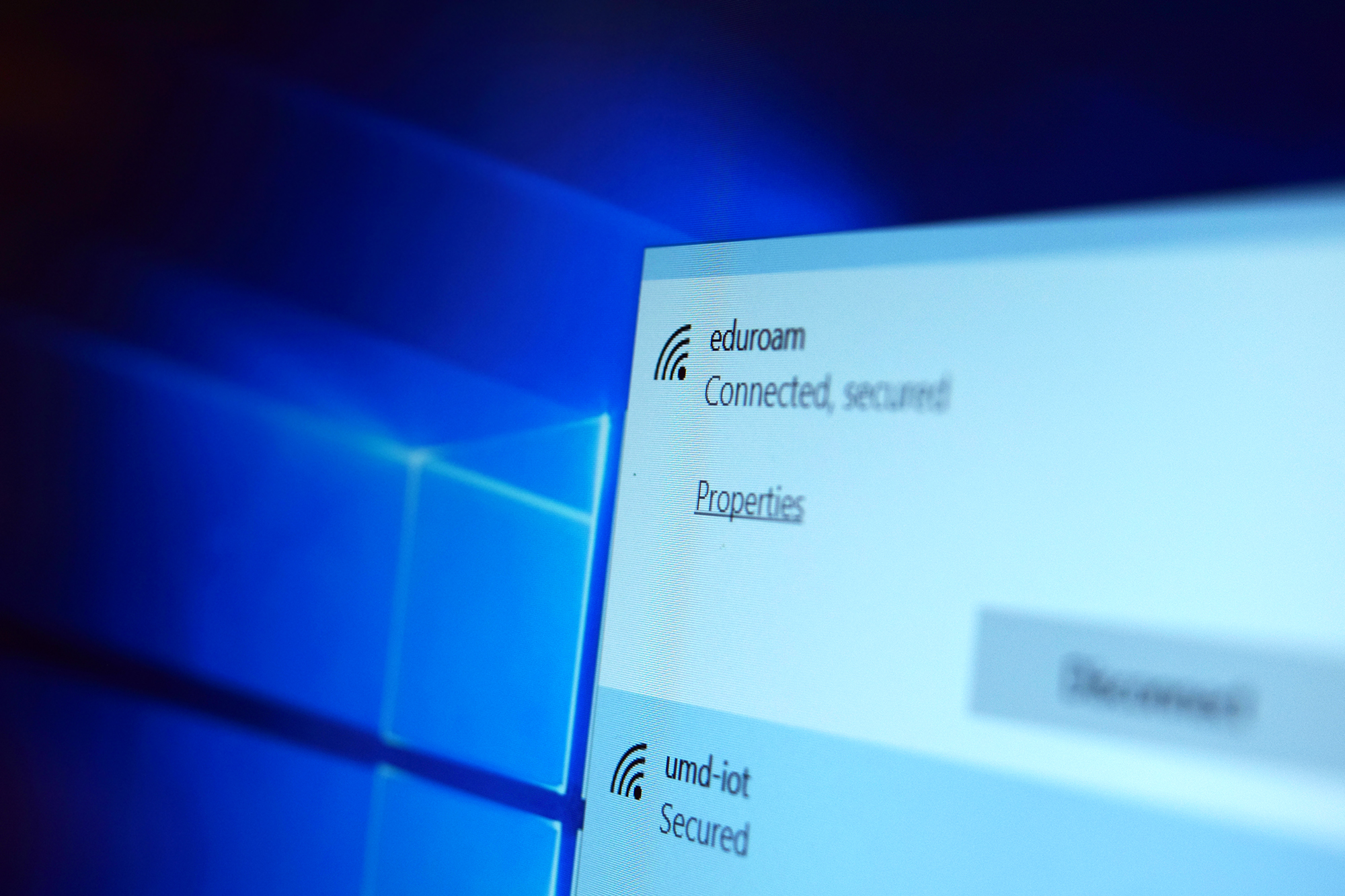 The University of Maryland’s IT division is working to restore a database used for wireless networking after an outage began this morning. (Julia Nikhinson/The Diamondback)

Yeriel Sare is not a fan of “eduroam,” the University of Maryland’s new preferred wireless network.

“It sucks. It sucks in Stamp. It sucks in the library. It’s just terrible,” the sophomore computer engineering major said.

In early July, the Division of Information Technology announced that the old “umd-secure” WiFi would be replaced by “eduroam” as the university’s primary network — a switch driven by the wider network access eduroam provides, said DIT vice president and chief information officer Jeff Hollingsworth.

Ever since, many students have criticized the new WiFi for its poor connectivity, citing examples of how its faulty nature has affected their ability to use technology on campus.

For Sare, his frustration with the network started because his phone simply wouldn’t stay connected to it. Sare said he wasn’t able to look at anything requiring internet on his phone while he was waiting in line for his food at Stamp Student Union — even a quick Twitter post.

“I can’t even watch my video,” he said, gesturing to his phone. “It’s two seconds long.”

Sare isn’t the only student who has experienced issues with “eduroam” since it replaced “umd-secure” in July.

Another student, Ifeoma Eleazu, said that despite visiting Terrapin Tech and spending several solo hours troubleshooting, she still finds herself unable to connect her smart TV to the network, leaving her unable to use it.

The government and politics major also said she missed 10 minutes’ worth of notes in one of her classes because her device wouldn’t connect in time to let her access her note-taking application.

Eleazu thinks that the university should have revamped “umd-secure” instead of switching to “eduroam.”

“Fix what you have instead of trying to create a new network,” Eleazu said. “Umd-secure was terrible, don’t get me wrong, but at least we could connect to it.”

Unlike “umd-secure,” “eduroam” — short for “education roaming” —  is not a network specific to this university.

Eduroam is a secure roaming wireless service developed for researchers, students, and educators all over the world, according to the network’s website. Thus, it allows members from participating institutions to instantly access wireless at any other participating site.

DIT expected the transition to have some rough spots, especially because returning students have to learn a new method of logging in, Hollingsworth said.

To see how much the change affected students, Hollingsworth asked the DIT Service Desk to look at the number of calls they fielded in the first week of this semester compared to the first week last semester

“We had about 15 percent more contacts — whether that’s a phone call, or an email, or another way people reached out to our help desk — than we did last year,” Hollingsworth said. “Almost all that increase is probably attributable to the changes in the Wi-Fi network.”

Devices like Eleazu’s TV are connected to a new “internet of things” network — meaning it has a different registration process than cell phones and laptops, Hollingsworth said.

“That registration process is a new one that a vendor developed for us,” Hollingsworth said. “The vendors had to send us a couple emergency software changes to make some corrections on that product — but that has, I think, mostly smoothed down.”

Hollingsworth urged students who are having any difficulties with “eduroam” — such as experiencing locations where coverage is weak or struggling to register their devices — to contact the DIT Service Desk.

“Hopefully, people will gain some positive experiences of being able to use their devices elsewhere without taking any action,” Hollingsworth said. “[Eduroam] is actually very nice once you get it set up — [but] we understand it takes a little bit of extra effort to get set up, especially for those who are coming back.”