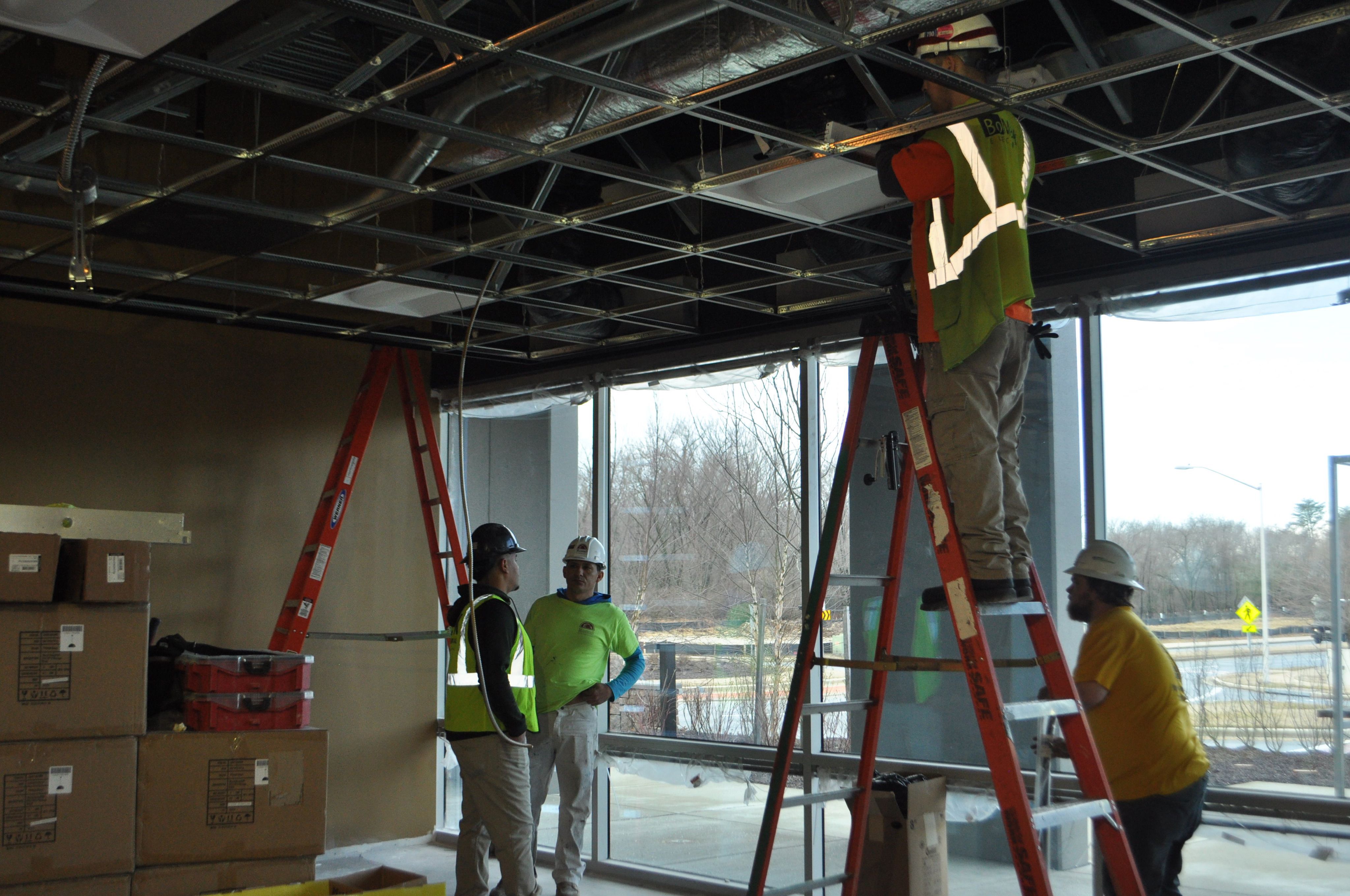 Cybrary's new location in the College Park Discovery District is expected to open within the next two weeks. (Samantha Subin/For The Diamondback)

By the time TrainACE — Ralph Sita’s information technology and cybersecurity training school — was 14 years old, it had won numerous award and offered courses in IT, cybersecurity and programming.

But Sita noticed a major problem with his Greenbelt-based business.

To do so, in 2015, he and co-founder Ryan Corey created Cybrary, a cybersecurity training company that offers hundreds of free online courses for consumers at all computer levels.

Now, the three-year-old start-up is coming to College Park.

Next month, Cybrary will move from its current location in Greenbelt to a new 11,000-square-foot space in the College Park Discovery District, with plans to permanently relocate to a 25,000-square-foot facility on River Road in the next 18 months.

[Read more: Here’s everything you need to know about UMD’s multi-factor authentication]

The new space — housed in the same building as a portion of the University of Maryland’s Division of Information Technology, at 5801 University Research Court — is expected to open within the next two weeks, Sita said. The space will come with a cafe, recording studio and outdoor patio, and will hold 100 employees, with 150 additional employees coming aboard when Cybrary moves to River Road.

By moving to College Park, Sita hopes to attract new talent to Cybrary from this university and surrounding areas — something he said can be hard to find.

“We looked all over Maryland, we looked in Virginia and we just found that this area was the best centrally located place for access and talent,” Sita said. “We’re able pull people from Arlington and Baltimore and Washington.”

The start-up is a welcome addition to the area, as it comes during a “big push” by this university to encourage cybersecurity research, said Ryan Chelton, College Park’s economic development coordinator.

This university offers a graduate program in cybersecurity, and the Maryland Cybersecurity Center was created in 2010 to educate students, conduct research and partner students with future cybersecurity careers.

“I’m glad they’re getting the attention that the university students deserve,” Chelton said.

Cybersecurity is a growing field. There were more than 300,000 unfilled cybersecurity jobs as of 2018, according to Cyberseek, a company that aggregates information on the field. And Cybersecurity Ventures, a cybersecurity research company, expects there to be 3.5 million vacant positions by 2021.

Sita started Cybrary to prepare people to enter the cybersecurity workforce and give everyone an opportunity to “better themselves.” The company’s classes — which are available 24/7 around the world for free — were developed with the evolving needs and interests of users in mind.

“Unfortunately, in cyber, a lot of the news is not about good news like puppies being saved,” Sita said. “It’s about somebody and 8 million identities getting published out in the dark web. That’s where our relevance really comes in.”

As Spotify allows listeners to do with music, Cybrary users can pick and choose courses for a curriculum that best serves their development. College courses on cybersecurity are also welcome to incorporate Cybrary classes into their curricula.

Cybrary is the second cybersecurity center and one of multiple startups to join College Park at a time of increased economic development.

Last year, BlueVoyant, a cybersecurity firm founded by an alumnus of this university, came to the Discovery District. Capital One also opened an innovation lab and WeWork debuted its first shared workspace near a college campus.

Katie Wandtke, who works in human resources for Cybrary, said the company hopes to “become an anchor” for future startups in the area.

“Working at a startup is kind of similar to dog years,” Wandtke said. “As far as the advancement opportunities you get, you learn a lot in a short amount of time. To have one startup existing here, it’s going to bring in more and more opportunities for other people to possible start startups.”

For now, Sita and his team are working to make a mark on the community and create opportunities for interns and young professionals.

“It’s not just a job,” Sita said. “It’s some place you know that whatever contribution you make is going to mean something to somebody else.”

CORRECTION: Due to an editing error, a previous version of this story incorrectly identified Ryan Corey as Cybrary’s vice president. He is the co-CEO and co-founder. This article has been updated.