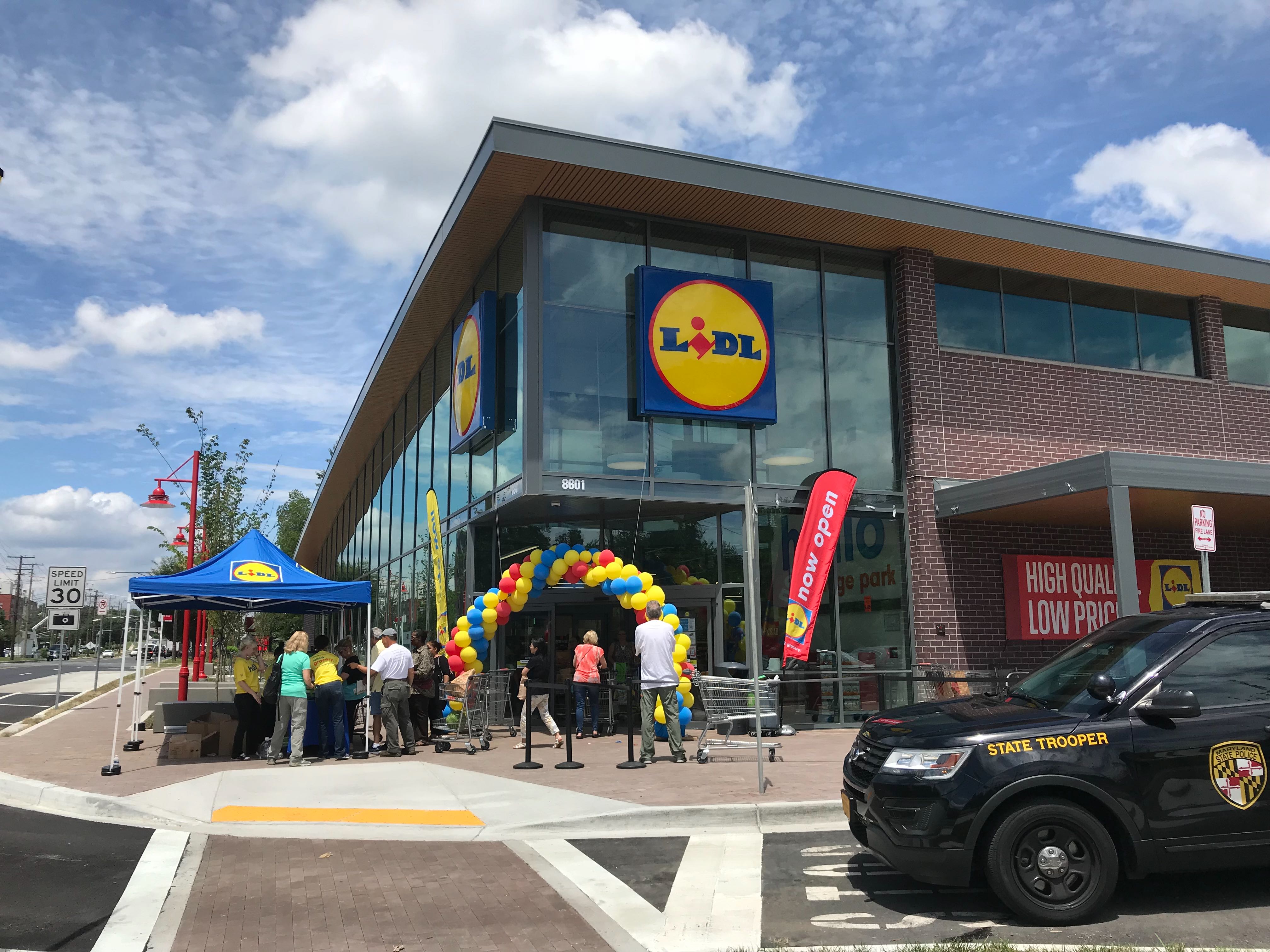 The German chain set up shop less than a mile from the University of Maryland’s campus.

University students have long criticized the lack of affordable grocery options near the campus.

In 2015, the USDA classified College Park as a “food desert,” a term given to an area with little access to affordable food options and fresh produce.

Since that time, multiple supermarket options have opened or reopened in the surrounding area, such as Whole Foods in Riverdale Park or MOM’s Organic Market on Rhode Island Avenue.

“[Lidl is] certainly much closer than most of the other grocery stores we have in the area,” said Ryan Chelton, the city’s economic development coordinator. “Between Lidl and Whole Foods, students have much more access to produce and type of groceries that they were looking for.”

Chelton said he didn’t know of any more plans for grocery stores to come to the area at this time.

Lidl first opened stores in the U.S. in 2017, and has plans to add additional stores across the East Coast. In May, it announced plans to open 25 stores by spring 2020.

Margaret Warner, who graduated from the university this spring after studying Germanic studies and theatre, said she was excited for the store’s opening, having studied abroad in Germany for a semester.

“I know that German grocery stories are very efficient with their prices,” she said, adding that she got a full cart of groceries for only $10.

Warner currently lives in The View, and doesn’t have regular access to a car, thus making Lidl’s opening all the more convenient to her, she said. She was especially excited about the store’s bakery, which offers a variety of baked goods — including muffins, croissants and pretzels.

Amelia Avis, a 2019 alumna and incoming public policy graduate student, was also thrilled for the supermarket’s opening — waiting outside at 6:30 a.m. on Wednesday to be one of the first entrants.

“My roommates and I…we were talking about it, for like, weeks,” she said.

Avis, who lives in the Berwyn neighborhood of College Park, said she usually shops at Aldi — a rival German grocery store chain with a location in Langley Park. Now, she can just walk to get groceries, she said.

For Warner, the opening is a welcome change.

“I just wish it was here the last three years,” she said.