Despite the best efforts of its workers, the Maryland Food Co-op is closed 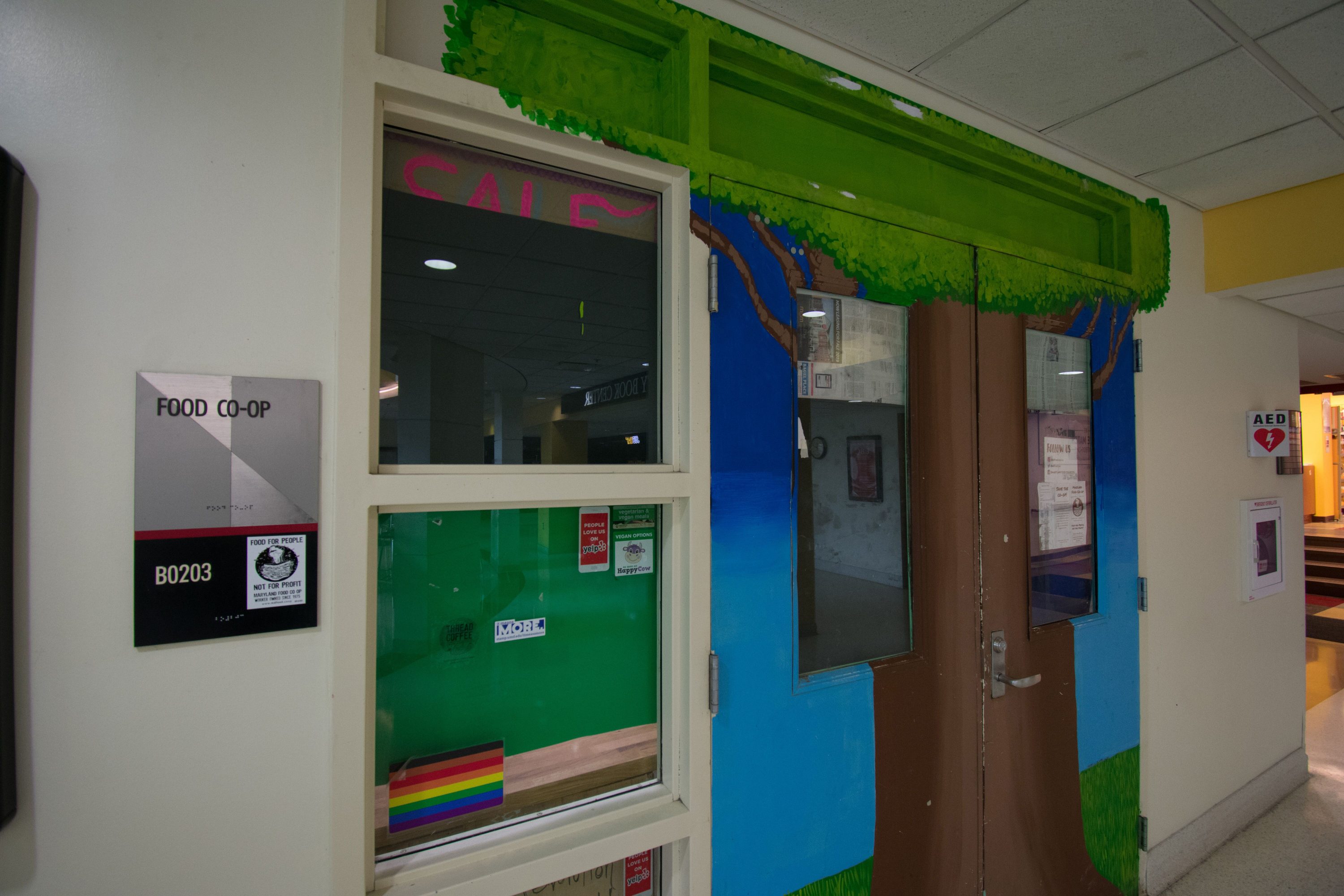 The Maryland Food Co-op, a fixture on the campus for more than 40 years, officially shuttered May 31. (Mateo Pacheco/The Diamondback)

Catherine Oberfield remembers the night last semester when she learned the Maryland Food Co-op — a fixture on the University of Maryland’s campus for more than 40 years — would be closing for good.

“Everyone was losing it,” said Oberfield, a senior psychology major who worked with the Co-op for two years. “We were all just sobbing and hugging each other.”

Despite the best efforts of its employees and customers, the worker-owned sandwich shop — which offered affordable and vegan-friendly options to students from the basement of Stamp Student Union and was known as a meeting place for campus activists — shuttered on May 31.

For months, workers fought against the closure after Stamp announced the business would have to shut down because of its rising debt, unpaid utility fees and operational costs. Though the shop raised enough money to pay off the about $8,500 it owed the state in taxes, it still owed Stamp about $40,000.

And as of last week, all that was left in the space was refrigerators, cables and food stands that volunteers were emptying into a warehouse.

“It’s really sad for the community that this is no longer going to be part of it,” said Michael Brennan, a public policy graduate student who has worked at the Co-op since 2017. “I think this is what separated Maryland from a lot of different places.”

Since 1975, the Co-op has been committed to providing healthy and affordable options to students at the university.

For many, the shop symbolized a democratic push toward healthy living, but in recent years, high employee turnover rates and a lack of managerial knowledge have worsened conditions at the store, leaving staff unprepared to tackle financial problems.

Competition with other Stamp eateries where students can use dining dollars, and campus cafes, where labor costs are subsidized by the school, only weakened the Co-op’s business model, said Emily Fox, a sophomore government and politics and economics major.

In the weeks since Stamp’s formal announcement of the closure, Brennan said the store — through word-of-mouth exposure — saw an increase in sales, customers and revenue. Worker-owners also pitched a payment plan to Stamp, but it was ultimately rejected.

“I understand why they don’t trust that we would be viable,” said Fox, who starting working at the Co-op her freshman year. “But I think that if you see our plan, it’s clearly a huge restructuring of the Co-op, and I think that the value the Co-op has to the university should be enough to at least allow us to try the plan out.”

The Co-op works as a collective, meaning all decisions are made by participating members. Many volunteer in exchange for food credit, and those who wanted to contribute to policies are required to attend two of three weekly meetings.

Last month, amid a campaign by Co-op supporters calling for a boycott of donations to the university until it committed to allowing the shop to stay, about 60 people gathered outside the Mitchell Building in a rally to save the establishment. Co-op alumni also sent multiple letters urging the university to reconsider the decision.

“We understand that the Maryland Food Coop has incurred debt to the university, but we also know that many campus institutions operate at a deficit,” read one letter, dated May 13 and addressed to student affairs vice president Linda Clement.

The letter, signed by more than 70 Co-op alumni, called the establishment a “pillar of student culture” and a “center for innovation and connection.”

Jimmy Cooney, a Maryland alumnus who worked at the shop between 2000 and 2007, credits his success as the owner of a board game store to the Co-op, which he said taught him practical business and negotiation skills.

“The Co-op taught me how to create, how to cultivate and how to steward community space,” Cooney said. “The campus is losing perhaps its single most important community space.”

Although the Co-op has no formal plans moving forward, members will gather in the next few weeks to decide on their next steps and the causes they want to support, Brennan said — food or otherwise.

Stamp director Marsha Guenzler-Stevens said in May that she thought it would be possible for another cooperative to be established someday, or for the old one to return, if the financial operations were improved.

For now, Oberfield fondly remembers her first sandwich at the Co-op — a “Vegan Paradox” with meatless chicken salad, avocado, carrots and spinach that she’d wind up preparing hundreds of times over the next two years — as she looks to the future and a new cause.