Stamp says UMD’s Co-op is closing next month. Its workers still have hope. 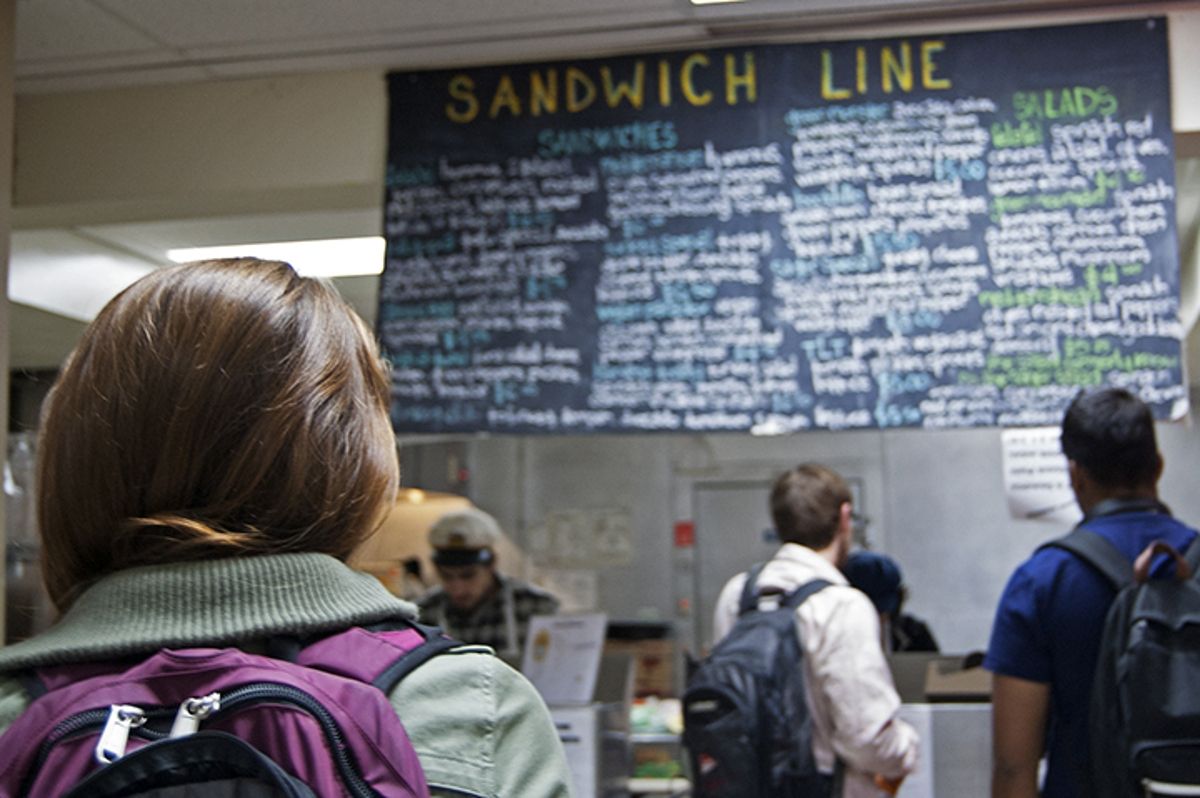 The Maryland Food Co-op is like a large ship that was unable to change direction, said Stamp Student Union director Marsha Guenzler-Stevens.

The restaurant, a “worker-owned, vegan-friendly sandwich shop,” has been a fixture at the University of Maryland since its opening in 1975. But drowning in years of unpaid debt, it’s set to close permanently on May 31 — despite the best efforts of its employees and loyal customers.

“If ever there was a group of people working to create systems to try to make it effective, it was this group,” Guenzler-Stevens said, “but the reality is that the financial model is seriously flawed.”

[Read more: Workers want to save the UMD Co-op before it closes in May]

The Co-op’s ills result from failures to pay utilities, rent, state taxes and operational costs to vendors for the products it purchases, said worker and public policy graduate student Michael Brennan. Some former employees had accumulated a wealth of institutional knowledge on how to run the Co-op., and as they’ve graduated over the past five years, it affected the business’ ability to tackle the debt.

Amid a last-ditch fundraising effort, the shop has been able to pay back all the debt it owed the state, which was about $8,500, Brennan said. But Guenzler-Stevens said Thursday the shop still owed Stamp about $40,000 — not including the debt it owes vendors.

Earlier this month, Co-op workers presented Stamp with a proposal to pay back $2,500 per month beginning in September, with the goal of remaining open another year, Brennan said.

“We just need another year to be able to go through these new initiatives,” he said, “and be able to meet the new demands of the College Park market.”

But their request was rejected. Guenzler-Stevens said the proposal came too late, and was “not adequate to make this drastic turn.”

Worker-owners and Co-op allies have not been deterred.

“They say we’ve kind of met the end of the line, and they’re not willing to hear out our different proposals,” Brennan said. “The goal is to get the university to reverse their decision.”

Workers are reaching out for support to the business school, the Do Good Institute and other departments throughout the university.

They’re also considering changing their business model from a “worker co-op” to a “solidarity co-op.” Through the new model, campus community members would be able to buy Co-op memberships, allowing them to have a say in how the business is run, potentially through monthly meetings, Brennan said.

During his fundraising and outreach efforts, Brennan got in touch with State Sen. Jim Rosapepe (D-21), who’s since become an advocate for the Co-op. He told The Diamondback he doesn’t think the restaurant’s setbacks necessarily have to be fatal, and it “just seems as though there ought to be some ways of getting [the Co-op] back to financial health.”

Rosapepe said he began advocating for the Co-op because of its “diversity of product offerings” and cooperative business model, one in which many employees are referred to as worker-owners and volunteers are able to earn food credit for their work.

In the past, various entities, like Stamp and Dining Services, have provided the Co-op with free assistance in marketing, finance and business structuring, and have intervened to help them find ways to pay their debt, Guenzler-Stevens said. They worked to help them understand how to enhance its foot traffic, avoid food waste and improve its budgeting, she added.

After working with the Co-op to turn the situation around, Stamp originally told the business it would evaluate the feasibility of continuing to support it last December. This deadline was drawn out to March, to give the Co-op more time.

“In March, it was obvious — not only were they not necessarily paying down the debt, they were incurring some additional debt,” Guenzler-Stevens said. “The revenue coming in the door wasn’t ample to offset the cost of operation.”

Brennan, though, remained hopeful he could save the place he says “pierces through the corporate monoculture on campus.”