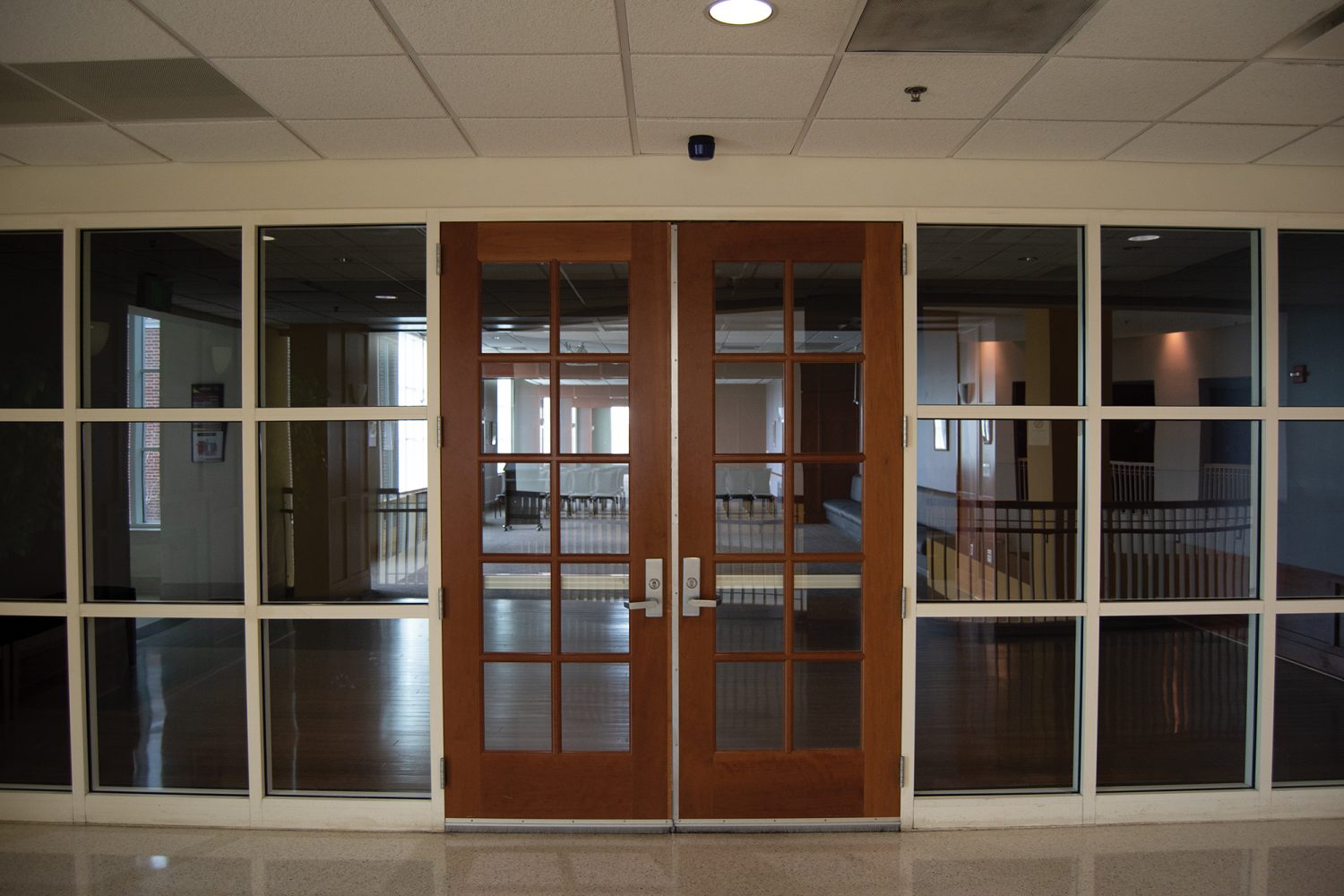 The enterance to what was once Adele's Restaurant in Stamp. The restaurant closed down last year. (Joe Ryan/The Diamondback)

Stamp Student Union officials are close to identifying a vendor to fill the vacant space Adele’s restaurant left following its closing last spring, although they are months behind their earlier plan of finding a vendor by March and opening in August.

It will probably be “at least two to three weeks” before Stamp will be able to announce what they have chosen to operate in the first floor location. Officials still have to agree on terms such as rent and operating hours, as well as ensure they have licensing to operate a restaurant there, Guenzler-Stevens said.

“We’re probably a little behind,” she said. “We certainly worked with a food consultant, we certainly queried just about every national brand and restaurateur… in both seeking proposals and interest in this.”

Guenzler-Stevens added that details of construction will be unclear until an agreement is reached with a new vendor, as much of it will be customized to fit the brand’s style. The construction will not be as extensive as breaking down walls, she said.

“While we’ve had some very preliminary conversations about timeline,” Guenzler-Stevens said. “I think once we get engineers and architects and designers in to do that actual plan of action, it’ll give us a much better sense about what will be required for that build out, and what’s the lead time on securing the materials.”

She also confirmed the restaurant will be “fast-casual,” and that Stamp is pushing to have a room with a quiet area within the space that people could reserve for conducting interviews or social events.

While sophomore math major Sean Wade said he would like to see a restaurant such as Panera Bread come to the space, he’d also enjoy something like Five Guys or Cook Out, a fast food barbeque restaurant.

Wade, who said he eats in Stamp about once a week, said how late a venue is open plays heavily into his decision about whether to eat there.

“I would like something new, and I’m not sure what it is that I would want, but just something different like a Five Guys or a Panera Bread or something,” Wade said.

Other students, such as freshman history major Marjorie Antonio, are looking for a healthy alternatives to the fast food restaurants in Stamp.

“I think that [something like Panera] would give people a different type of option for brunch or just in the middle of the day when you don’t want fast food again,” Antonio said, “which is like a healthy-ish meal, but you change it up, and it’s not the dining hall.”

She also noted that a quiet room in the restaurant would be nice to celebrate birthdays and other events with friends.

“That could be a place that we could try just a nicer type of meal that’s not in the dining hall,” Antonio said. “I’ll be really interested to see what pops up.”

Since the restaurant closed, audio and visual equipment and furniture have been added to the space, and it has been used for meeting room, Guenzler-Stevens said.