Some classrooms in UMD’s Iribe Center are open, but most of the building remains closed 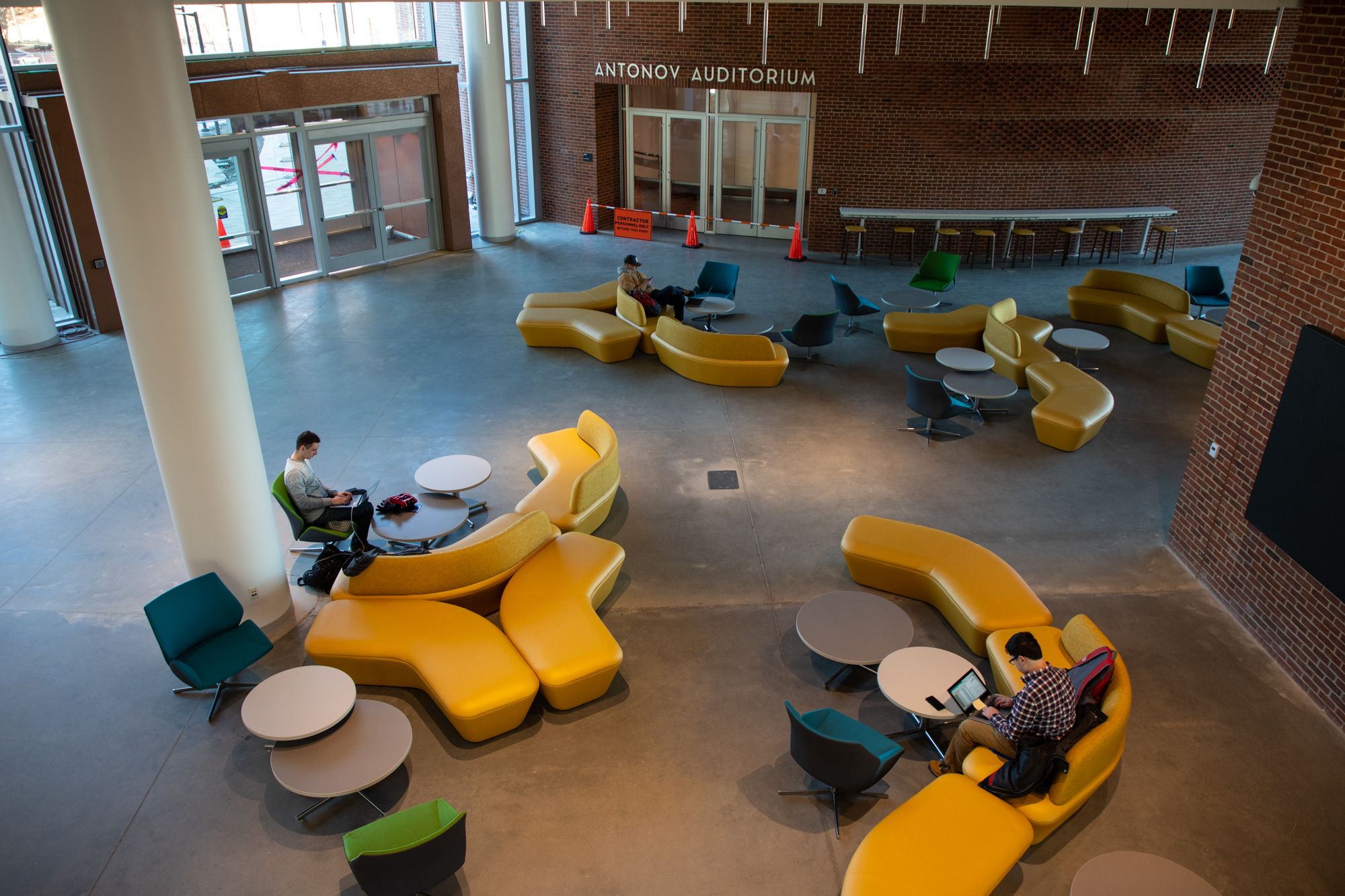 University of Maryland officials said the Iribe Center would be open for classes this semester. They weren’t wrong, but a majority of the building remains closed to students.

Only four classrooms and three study areas were open in the Iribe Center as of Monday, after close to three years of construction. That’s because the university is using a “tiered approach” to opening the center, university spokesperson Katie Lawson wrote in an email.

“As four classrooms open this semester, we look forward to the grand opening and welcoming the public to tour the building later this spring,” Lawson wrote.

The 215,000-square-foot, six-story building is hosting some computer science classes this semester, but many courses for the major are still taking place in the Computer Science Instructional Center.

The Iribe Center’s top three floors — in addition to labs, offices and the makerspace on other floors — are undergoing furnishing and final inspections. Computer science associate facilities chair Neil Spring estimated that these spaces will open during or just after spring break.

Students who used the new space in its opening days had mixed responses.

Edward Mancho, a senior computer science major, preferred the workspace and views in the Iribe Center over those in the instructional center.

“I like the space and lounge areas, which is not reflective of the other building,” he said. “And windows are an underrated feature. Just being able to see the time of day is definitely great, compared to the other building where not a lot of rooms have windows in them.”

Similarly, junior information science major Renzo Farfan appreciated the Iribe Center’s spaciousness, although he reserved judgment until the rest of the building is completed.

“It’s a little too early to tell … but so far it looks a little more advanced, fancier and more spacious, and there’s more spots to study,” he said.

Anthony Tran, a senior computer science major, said he enjoyed the study areas, but believed the building to be inferior to the Edward St. John Learning and Teaching Center, which opened in 2017.

“I like the lounge spaces, except for the fact that some of them don’t have outlets in the center of them, like they are at ESJ,” he said. “Architecturally, I don’t know what they’re going for. Maybe a modern industrial look, as opposed to ESJ, where it’s just very open and bright.”

In addition to classrooms and workspaces, the Iribe Center will house labs and research centers for cybersecurity, quantum computing, data science, virtual and augmented reality and artificial intelligence. The building will also have a rooftop garden, outdoor seating, a cafe and a 400-seat auditorium. Spring said the goal is for those features to open in March.

The $152 million center was funded in part by Brendan Iribe, a former student at this university who co-founded the virtual reality company Oculus. The state of Maryland and the university provided the remainder of the funding. Construction began in April 2016 to much fanfare.

“When historians in the future look back and say, ‘When was the start of College Park and the University of Maryland as the Silicon Valley of the state of Maryland?,’ they will point to Maryland Day 2016,” university President Wallace Loh said at the groundbreaking ceremony. “This is utterly transformative for this university.”

While construction has remained mostly on schedule, it was marred by the death of a worker after falling down an elevator shaft in August 2017, prompting university and state investigations. Contractor Williams Steel Erection Company was later cited by the Maryland Occupational Safety and Health Administration for allowing the worker to fall more than six feet.

Construction was mostly finished last October, and a formal dedication ceremony is slated to occur in April.