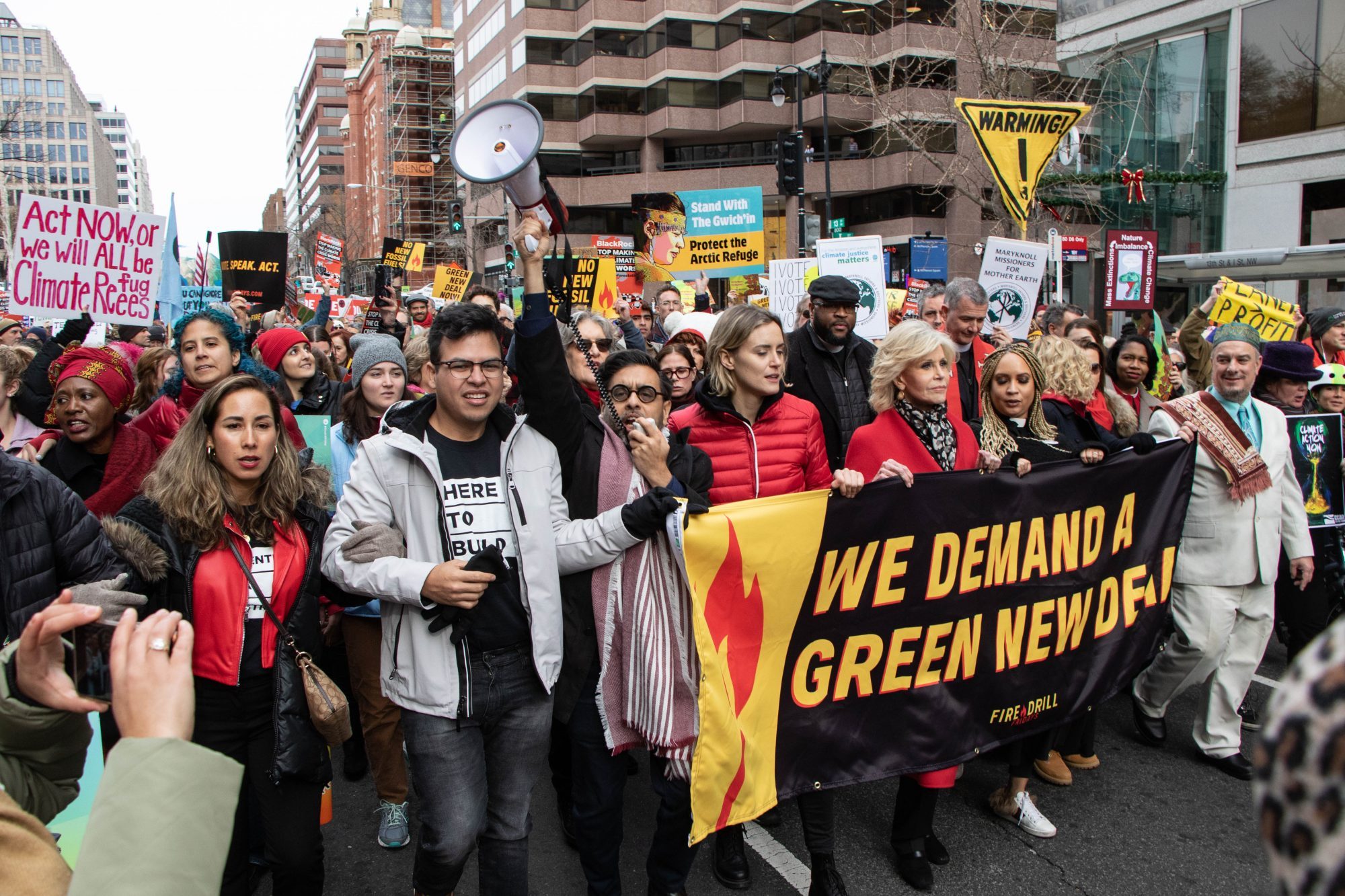 WASHINGTON, D.C. — On Dec. 6, 2019, hundreds of protesters took to the streets of Washington, D.C., to take part in the ninth Fire Drill Friday, a movement led by actress Jane Fonda to protest the lack of action by big corporations and the government to combat climate change. Among the throng of protesters, some wearing costumes and others holding home-made signs, was a group of 20-some University of Maryland Students. While the overarching message of this Fire Drill Friday was to protest financial institutions that invest in the fossil fuel industry and contract with migrant detention centers, the students came with their own demands for the university. These student activists urged administrators to establish a sustainability general education requirement, divest from the fossil fuel industry and end the university’s use of fossil fuels.