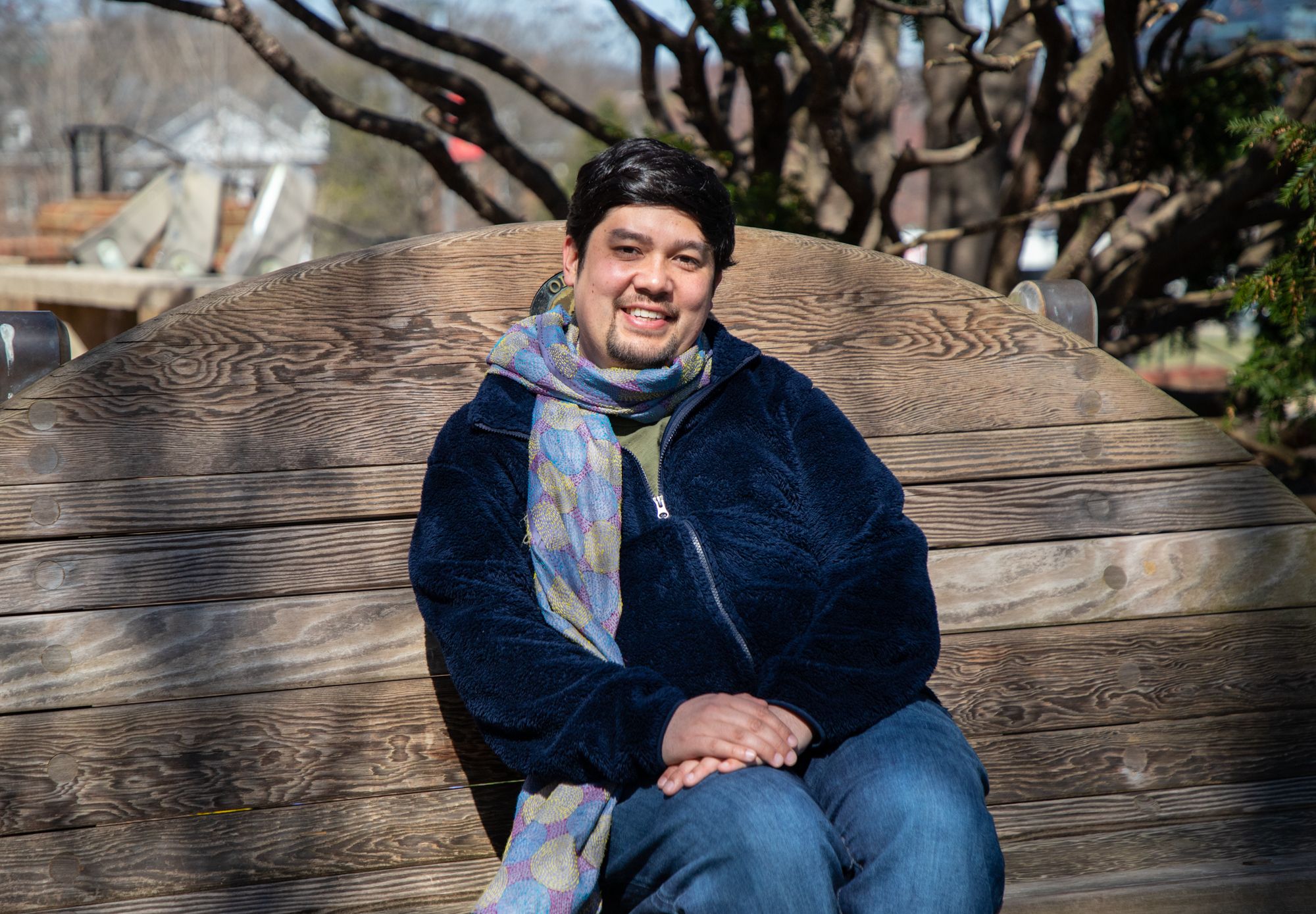 Associate director of the LGBT Equity Center at this university, Shige Sakurai is also the first person in the United States to be issued a gender neutral marker on their driver's license. (Evan Kramer/The Diamondback)

In June 2017, Shige Sakurai walked into the Washington, D.C., Department of Motor Vehicles as the first person in the country to receive a legally-issued, gender-neutral marker on their license.

Almost two years later, the students Sakurai advocates for at the University of Maryland will have the same opportunity.

The Maryland General Assembly passed legislation earlier this month to add a gender-neutral marker option to the state’s licenses and will make it possible for any resident to change their marked gender without documentation. If it becomes law, the program will begin in October.

Sakurai, the associate director of the LGBT Equity Center, said the move will help transgender and nonbinary people “know that they’re welcome and they’re full members of the community.”

“Being forced to carry around an inaccurate ID that doesn’t represent who you are at your core can feel devastating for some people,” Sakurai said. “I think, for a lot of folks, it feels like erasure.”

Sakurai said they’ve met people who considered moving from Maryland to Washington, D.C., to be eligible for a gender-neutral ID.

Under current state law, a person who hasn’t had gender reassignment surgery or obtained a court order for their gender change must get a letter from both a physician who is administering hormone therapy or helping them plan their surgery, as well as a letter from a psychotherapist diagnosing them with gender dysphoria, to change the marker on their license.

Ellie Litwack, a sophomore mechanical engineering major, said she attempted to change the gender on her license in September. She got the letter she needed from her doctor at the University Health Center, but the psychiatric examination requirement halted the process.

If the new law goes into effect, Litwack said she plans to finalize the changes.

Lee Brady, a freshman sociology major who identifies as nonbinary, also plans to take advantage of a potential change in the law. They said they haven’t attempted to change their driver’s license gender under the existing system due to “a combination of financial, insurance and availability issues.”

Brady said the requirements are “another form of gatekeeping,” adding to the barriers that trans people face.

The bill passed both chambers with a veto-proof majority, meaning it will likely go into effect even if Gov. Larry Hogan doesn’t approve it. That would give the Motor Vehicle Administration about six months to prepare for when the bill to go into effect, mandating the MVA to provide a gender-neutral marker option on all licenses.

LGBT Equity Center director Luke Jensen said the statewide measure will have a positive impact at this university.

“I think our students are really going to benefit from this,” he said. “It normalized in our culture that not everyone identifies as male or female.”

Litwack attended a legislative session in late February and heard what she called “hateful rhetoric” from some opponents. She said some lawmakers were asking, “‘Are you really a man or are you really a woman?’” and “‘Why should we believe you? You’re delusional.’”

A Gonzales Research and Media Services poll of Maryland voters released earlier this month found 37 percent supported the legislation and 51 percent opposed. Among Democrats, 50 percent were in favor and 35 percent opposed, while 80 percent of Republicans were against it.

Brad Fallon, legislative assistant to Sen. William Smith (D-Montgomery), a primary sponsor of the bill, wrote in an email that “no affected agency has expressed opposition to this bill.” The measure “signals the acceptance by society of an often-misunderstood group of Marylanders,” he added.

Senate Minority Leader J.B. Jennings (R-Baltimore and Harford), who opposed the measure, did not respond to multiple requests for comment.

During the legislative session, Litwack heard one argument she considered useful: the push to abolish gender from licenses altogether. It’s a measure that Sakurai would like to see taken in the future as well.

“As a demographic and social category, it may be super important. But why should the government be in the business of trying to certify what your identity is to anyone?” Sakurai said.

This university is still working to incorporate more inclusive gender markers in its system, Sakurai said.

The University Senate approved legislation in April 2017 that recommended nonbinary options be available as gender markers for students, faculty and staff. The change had been in the works for a long time — the proposal was submitted in 2014 — but it still hasn’t been implemented across the campus.

Jensen noted that prospective staff or faculty must still identify their gender when applying to work at the university. He said this makes some people uncomfortable with applying.

Brady said that while the campus still needs to make progress, that doesn’t diminish the achievement of having gender-neutral markers on drivers’ licenses.

“Obviously it’s a form of affirmation for me. It’s acknowledging my identity. It’s giving me the right to state who I am legally. But it’s also a form of protection,” they said. “The ID I have now [is] not accurate. It’s not what people see, and it’s not who I am.”

CORRECTION: Due to a reporting error, a previous version of this article misidentified Brad Fallon’s first name. This story has been updated.