We placed heat sensors in every UMD dorm without A.C. Here’s what we found. 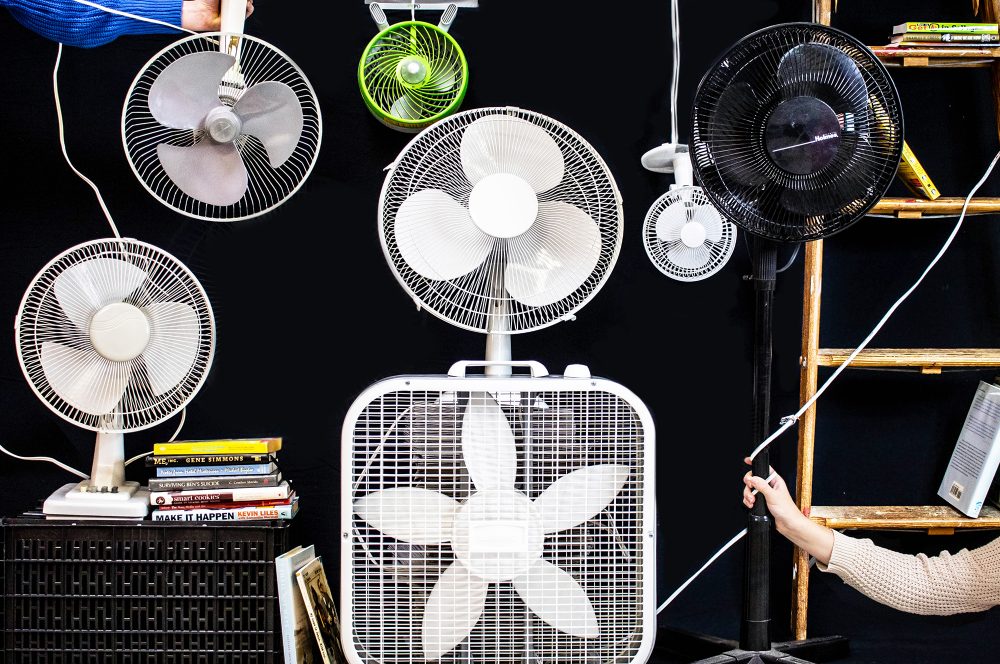 Living in Caroline Hall at the University of Maryland can be draining for sophomore Layla Hudhud when the weather heats up.

Caroline Hall is one of eight dorms at this university that doesn’t have air conditioning — and when the temperature spiked up into the 90s last month, Hudhud said the heat and humidity that hung over her room sometimes left her with headaches. Plus, it’s hard to go to bed when you’re sweating, she said.

Aidan Brannigan, a freshman marketing major who lives in Worcester Hall — another building with no A.C. — has figured out a way to cope with that problem.

“Just don’t sleep with any blankets or anything. Just a pillow,” he said. “The air is my blanket.”

It’s no secret that living in a dorm without air conditioning can be rough. Last year, the Department of Resident Life opened up multipurpose and study rooms with air conditioning so students living in dorms without cooling systems could sleep and study in more hospitable conditions.

But just how hot does it get in dorms without air conditioning? Last month, The Diamondback decided to find out.

Reporters placed sensors that measure heat and humidity in each of the university’s dorms without air conditioning from Sept. 6-14. From the collected data, The Diamondback analyzed hourly and daily temperatures, as well as averages of the “heat index” — a measure calculated from heat and humidity that describes what the environment’s temperature feels like.

Since reporters left sensors in just one room in each dorm, the data collected doesn’t necessarily describe the experiences of all students living in the building. Temperature and humidity could differ between rooms, depending on their location in the building and the number of fans in circulation, among other factors.

Read more about our methodology here.

Resident Life and Residential Facilities understand the effect heat and humidity can have inside dorms without air conditioning, department officials wrote in a statement provided by a university spokesperson.

Before the fall semester began, Resident Life staff reached out to students who would be living in buildings without air conditioning and recommended they bring a fan, the statement read. Additional fans are also available for checkout from the 24-hour residence hall service desks, the statement read.

“The health and well-being of our residents are of the utmost concern to our staff in the Departments of Resident Life and Residential Facilities,” the statement read.

The university plans to transition three of the un-air conditioned dorms — Caroline, Carroll and Wicomico — out of use by fall 2021, according to an update to Resident Life’s Housing Strategic Plan.

Kiras emphasized that the strategic plan is a “road map and guide.”

“It should not be viewed as something that is set in stone,” she wrote.

Also, according to the strategic plan, the HVAC system is set to be renovated in Ellicott, Cecil, Chestertown and Hagerstown halls in the next decade. This will build on an effort that started in the mid-1980s to add air conditioning to dorms, Christopher Moore, assistant director of administrative services for Residential Facilities, wrote in an email.

But in the meantime, these dorms are still the places where almost 2,000 students live, work and sleep.

The bricks that line the outside of the eight dorms without air conditioning might be a factor in why residence halls without AC get so hot, said architecture professor Ming Hu. Like other organic materials, such as stone and wood, brick stores heat from the sunlight that beats down during the day. During the night, Hu said, this heat is released, which can cause overheating inside the building.

Constructing buildings so windows sit across from one another can help alleviate heat and humidity when there’s no air conditioning, Hu said. In an effect called “cross ventilation,” air can flow in one window and out the other. But the way residence halls are generally designed makes it hard for this to happen, she said.

“If you have a corridor in the center and two rooms on [either side], there’s no way the wind can flow through the entire building sections, which means the heat will build up inside the room,” she said.

Focusing on schoolwork can be hard in this environment. Some students said they didn’t even try to study in their un-air conditioned rooms anymore, instead seeking out cool havens like the library.

When it gets too hot in Julia Glasgow’s single in Wicomico Hall, she can’t get any homework done. So, she heads to the air conditioned lounge instead — but she said it can be difficult to be productive there.

“There’s a lot more distractions and noises and people coming in and out, so that makes it kind of harder,” she said.

And Hudhud isn’t the only student to suffer headaches when it gets too hot, or struggle to sleep without air conditioning. Of the other 11 students The Diamondback spoke with who live without AC, seven reported similar experiences.

When temperatures are “unseasonably high,” Resident Life staff encourage residents living in un-air conditioned buildings to place fans in their windows, leave their doors open when they are in their rooms, close the window blinds and turn off the lights when possible, the statement read.

A maze of fans

Jordan Johnson’s room in Ellicott Hall is a tangle of electrical cables. They wind around two bunk beds and a refrigerator, eventually making their way to the fans to which they belong — six in total around the room.

While there are some tough days here and there, overall, Johnson, a freshman cell biology and genetics major, said living without air conditioning was “doable,” even though the heat index in his room peaked at 93.1 degrees at 9 p.m. on Sept. 12. But he said the heat almost drove him away when he first moved in.

“The first day when I’m moving in, the temperatures were super hot. I thought, ‘This is impossible. I’m gonna need to switch out,’” he said.

Now that it’s fall, though, Johnson reckons the weather will cool down soon.

Back in Hudhud’s room, she said fans don’t do a whole lot — they just circulate warm air around. But she doesn’t really have any other options, as students aren’t permitted to bring personal AC units.

This is because there are safety issues Residential Facilities has to consider, Moore wrote. An improperly-installed unit could fall from a window, or improperly-sealed units could allow insects to enter. He also wrote that dorms that haven’t been renovated might not have the electrical capacity to support an air conditioner in every bedroom.

Shashwath Athreya, a freshman civil and environmental engineering major, lives in Hagerstown Hall, where the heat index peaked at 94.3 degrees at 9 p.m. on Sept. 12. Still, he says living there has been bearable, besides having some trouble sleeping his first week.

There’s even an upside to the heat: when people flee their rooms, they tend to gather in the hall’s air conditioned lounges, he said. That’s how he met a lot of his friends at the university.