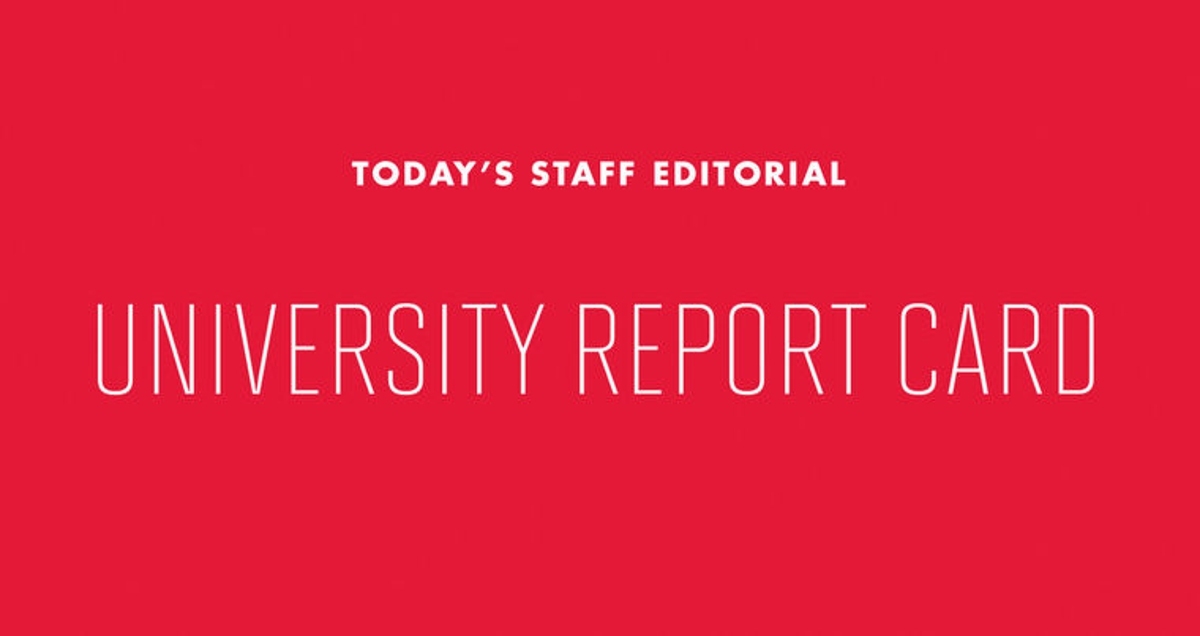 With the 2018-19 academic year marred by the death of Jordan McNair and the University of Maryland’s mishandling of abuse in its football program, the administration could only improve this year, Wallace Loh’s last as president. And while it didn’t solve many of its existing problems, that this year’s biggest disruption has come from a pandemic and not from an internal scandal is a small step up.

Over the summer, the university dealt with its accreditation coming under review because of the athletics scandal in typical fashion by sidestepping responsibility. This university’s Office of Civil Rights and Sexual Misconduct has been understaffed and underfunded while suffering from a lack of attention from the administration. And the administration has also faced strong criticism from students of color this year, who said they have all too often felt under-supported by officials at a university that has had its fair share of hate crimes.

But all of that has been overshadowed by the pandemic. The university’s response has generally been good, with uncharacteristically open communication to students and refunds and accommodations for the most part being issued as necessary.

This year’s SGA was marked by inaction and infighting. Its advocacy against the College Park noise ordinance, the presidential search’s lack of transparency, hate speech on campus and the redistribution of student fees all came too late or amounted to little. Its responses to the coronavirus were largely ineffective — students are still waiting on move-out guidance and classes are still graded pass/fail, despite the body imploring the administration to give all students either an A or an A minus. The end of the year in particular showed very public dysfunction, as the SGA opened an impeachment investigation into the speaker of the legislature and the president vetoed changes to the body’s governing documents at the very last minute. Elections, too, were chaotic, with drama that signaled the SGA still has much to work on.

This editorial board commends the SGA on its necessary work on sexual misconduct prevention and its allocation of $65,000 to the Student Crisis Fund in the wake of the COVID-19 pandemic. But still, the body’s attempts to work for students were hampered by its inability to do so effectively and cohesively.

This year, the College Park City Council made much-needed plans to boost the city’s census response rate and accept refugees into the community. This editorial board applauds the council’s work on behalf of marginalized populations, but it has too often overlooked this university’s student body.

The council unanimously passed an ordinance banning “unruly social gatherings,” despite opposition from thousands of students. The fact that every council member voted for such a widely opposed measure — one that could put students at risk of $1,000 fines and even housing insecurity — shows a serious disconnect.

This only became clearer when the council approved plans to demolish some of College Park’s most beloved businesses in favor of another overpriced apartment building, as rent continues to climb and affordable student housing may become a thing of the past. Thankfully, Marathon Deli was able to simply move around the corner; it may not be so easy for students to adapt.

Maybe there will always be tension between a university and its surrounding city. But it doesn’t have to be that way.

Over the past year, the graduate school has taken important steps to remedy common problems cited by its students, such as hiring a counselor who works to connect students with mental health resources and drafting a policy that aims to guide graduate students through the often anxiety-inducing and onerous process of switching advisers. And the school has taken decent measures to support students throughout the coronavirus pandemic, modifying its policy to allow doctoral students to defend their dissertations remotely and switching to an opt-out “satisfactory/fail” grading system.

But ultimately, the school’s continued opposition to the collective bargaining bill graduate student activists have been pushing for years shows a fundamental lack of consideration for graduate assistants — and a misunderstanding of their invaluable role at this university.

Move-out plans from the Department of Resident Life in light of the coronavirus pandemic have been confusing. Some students expressed frustration in March over the department’s shaky communication about move-out slots, and the entire process has since stalled with few updates. But that’s only the department’s latest slip-up.

In September, Diamondback reporters tracked daily temperatures in eight dorms without air conditioning. The rooms’ heat indices — measures of heat and humidity that describe what the temperature feels like — went as high as 95 degrees and were no lower than 80 degrees on average. Residents said they struggled to sleep and study due to the heat.

But there’s been some good. In August, the department announced students would no longer be assigned to converted lounges. Construction on two new dorms started in September. And with the help of the department, resident assistants in Hagerstown Hall started a program in December to provide free pads and tampons to their residents. Similar programs haven’t yet been rolled out to include other buildings.