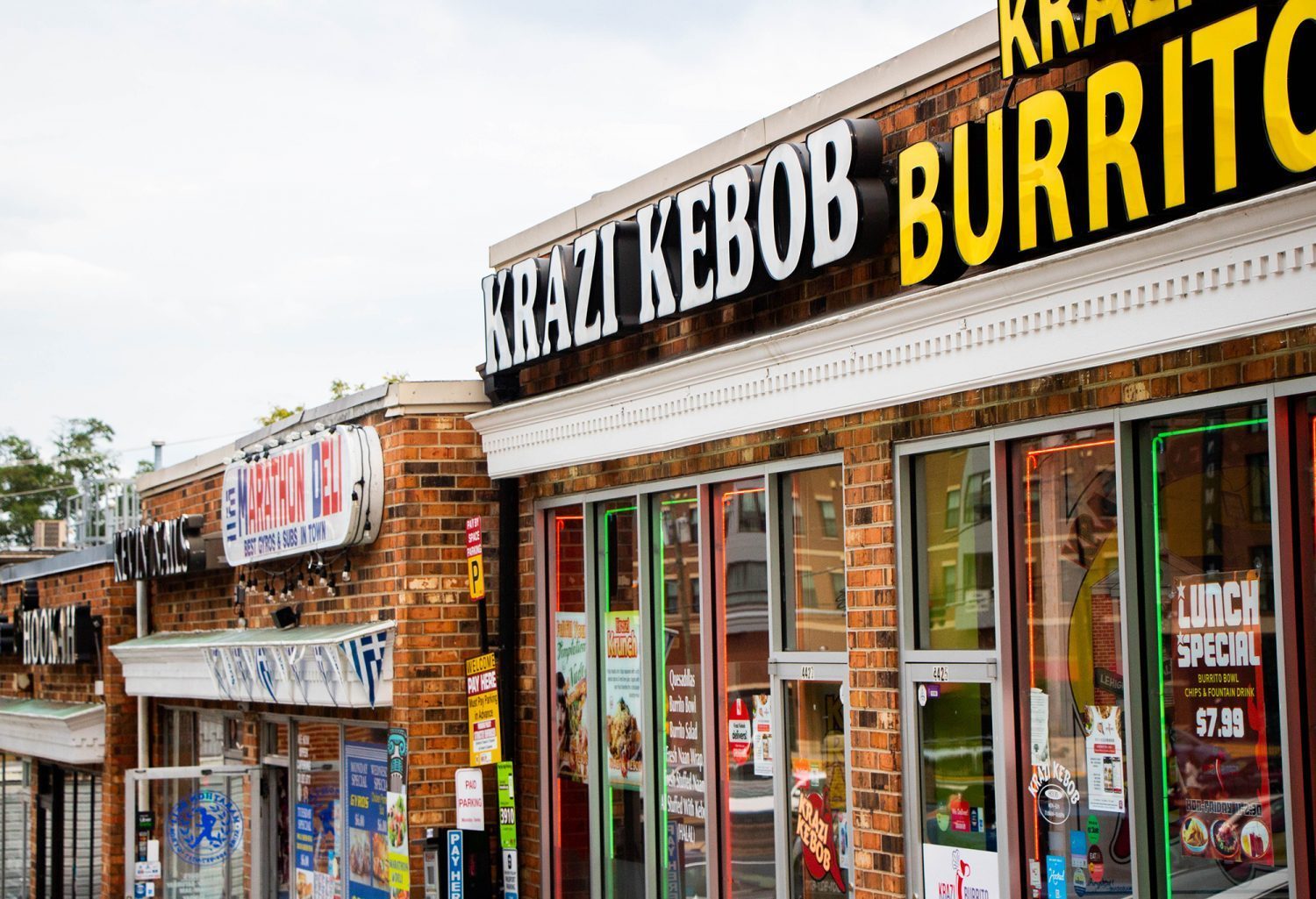 Krazi Kebob and Marathon Deli are among the businesses to be demolished to build a new apartment building. (Julia Nikhinson/The Diamondback)

The College Park City Council supported a property developer’s preliminary plan to replace a strip of the shopping center close to the University of Maryland’s campus with an apartment building at its Tuesday meeting.

In July, Greystar Real Estate Partners filed documents with Prince George’s County, seeking permission to combine two parcels of land along Route 1 and develop them — a project that would eventually involve the demolition of businesses, such as Marathon Deli, Lotsa Pizza, Krazi Kebob and 7-Eleven.

All eight city council members voted in favor of approving the development on Tuesday, but the final decision rests with the county council, which will vote on whether to green light the project at a planning board meeting Nov. 7.

District 3 council member John Rigg echoed Brennan’s excitement about the project, saying that he feels the developer has done a lot to help the city move forward with more equitable and unique development.

But some students disagreed. At the meeting,  junior government and politics major Stephen Kenny said he wouldn’t try to change the council’s mind about the motion, but he urged council members to “make a number of considerations” as development plans move forward.

“I think that stores, especially like Marathon Deli, are a crucial element of building a college town,” Kenny said. “A college town is a place that has tradition, and that people want to flock to, that has a sense of community around certain institutions — and I feel like Marathon Deli is probably one of the most important ones we have.”

The council’s approval came with a few conditions, including accommodations for a public sidewalk along Knox Road, and provisions to make the apartment building accessible to those with mobility issues. This would involve either relocating an existing utility pole on the north side of Knox Road, or creating an ADA-compliant sidewalk stretching from Route 1 to a staircase that would connect the development to campus.

Student liaison Dan Alpert said he has heard from students who are concerned about the accessibility of the proposed staircase — and he and Kenny also raised concerns about the cost of living at the planned apartment building, which a Greystar representative last week indicated would be about $1,500 per bed. Alpert called that price tag “insane.”

Several council members and the mayor also expressed concerns about the project.

When Mayor Patrick Wojahn questioned how Greystar will accommodate the cost of providing accessibility, Thomas Haller — a lawyer representing the company — said Greystar would team up with this university and the Terrapin Development Company to boost funding.

Wojahn said the developer is working with the businesses that currently call the shopping center strip home to set up shop again once the project is complete. The development is planned to include 32,000 square feet of retail space.

“I certainly recognize — and have heard from other people as well — that Marathon Deli is a beloved establishment in College Park,” Wojahn said.

Several council members expressed optimism about the shops’ chances of staying close by the spots they currently occupy — but not District 1 council member Fazlul Kabir.

Even if Greystar encourages the existing retailers to return to their former locations once the development is complete, Kabir said he doesn’t think they would. He thinks the well-loved businesses would “settle in” somewhere new if their current storefronts are demolished, he said.

“Even though the developers say ‘Yeah you can come back,’ that never happens,” Kabir said. “I’ll be missing them, absolutely, I feel sorry for them.”

This story’s headline has been updated.