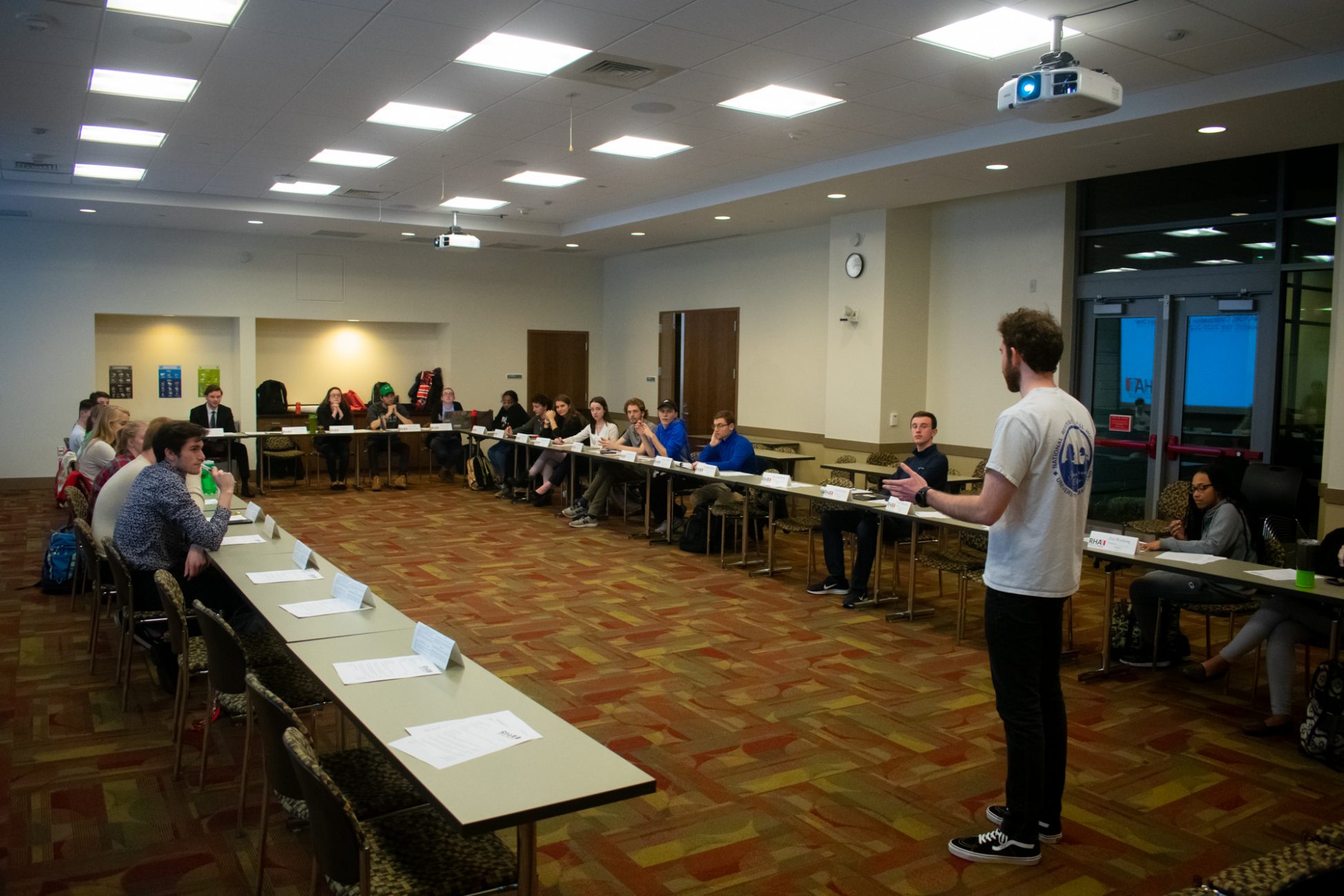 Student groups expressed frustration last week with the university’s decision to pull millions of dollars from departmental reserves in order to fund campus “strategic initiatives,” condemning the moves as a misuse of student fees.

The University of Maryland Student Government Association and Residence Hall Association both overwhelmingly passed legislation last week decrying the move, and urged the administration to reconsider in the future.

“This isn’t spare cash lying around, this wasn’t things that were inconsequential,” SGA president Ireland Lesley told the body before their vote. “This is our opportunity to stand up and say, this isn’t fair.”

The university provost and vice president of administration and finance notified department heads and deans of the move last year, after the Maryland General Assembly voted to reduce the University System of Maryland’s budget by $10 million — leading to $3.9 million in budget cuts for this university, according to SGA and RHA resolutions.

By taking five percent of all campus fund balances and directing them toward an account to support “one-time strategic initiatives,” the university ultimately swept $22.98 million from the budgets of departments throughout campus, the resolutions read.

The departmental reserves the money came from — known as plant funds — are collections put away for future or unforeseen projects. However, the money in the new strategic initiatives account is managed by the university’s chief financial officer, according to documents attached to or referenced in SGA and RHA legislation.

The new fund will be used to finance larger university projects such as Cole Field House’s new research center and the replacement of the university’s main power plant, among others, according to an email from the university provost in October.

“If the cut were distributed across campus units uniformly as has been done in the past, many critical instructional and student service programs would be negatively impacted,” university provost Mary Ann Rankin and administration and finance vice president Carlo Colella wrote in a May memorandum.

But students and department leaders argue the decision misdirects student fees away from the services they’re intended to fund, and accuse the administration of lacking transparency.

Plant funds are collected from tuition, generated revenue, and sometimes mandatory student fees. Of the departments affected by the sweep, the Department of Resident Life was hit the hardest, losing over $1.8 million.

“It is important to note that budget cuts were felt across all units at the university, and we worked to minimize the impact,” university spokesperson Katie Lawson wrote in a statement. “We, as a university, work together to forge ahead and fulfill the academic mission of the institution.”

Berry said there’s no reason for many of these projects to be partially paid for by students fees redirected into the strategic initiatives account. If the funding had remained with its original departments, she said, it would have gone toward either offering services for students or providing a safety net in cases of emergency or damage.

“If each department is increasing their fee by $15, $20, $30, that gets really unaffordable very quickly,” Lesley said “And it’s not fair for these types of funding needs to fall back on students.”

Several representatives from affected departments spoke out against the reversion at meetings for the Committee of the Review of Student Fees in December and February, Berry said at the RHA meeting Tuesday.

The Department of Resident Life, for instance, told CRSF members that they had to delay renovations to Garrett and Montgomery halls, as well as to furniture and carpeting in other dorms, Berry wrote in the RHA legislation. RecWell also said the cuts could lead to a “significant increase” to the Campus Recreation fee, and other delayed services and projects, Berry wrote.

In an email, Jay Gilchrist — director of University Recreation and Wellness — pointed out that the over $450,000 in cuts RecWell faced is equal to about two years’ worth of cardio exercise equipment replacement.

“It is easy to see if these reversions continue it will have a major impact on the ability of RecWell, and other Student Affairs units supported by fees, to maintain facilities and equipment long-term,” Gilchrist wrote.

Gilchrist also questioned why units putting aside funding for future expenses were “taxed” more than others that had not been saving.

“This is affecting departments differently and curbing the services that they can provide to students negatively,” SGA speaker David Rekhtman said. “And students do deserve to know that because it is the money they are paying towards something that they now can’t receive.”

One of the departments that went without cuts was the athletics department — a fact that RHA senator-at-large Hunter Marsh called “an obscenity.”

“Athletics receives a ton of money from the university, from [students], and I think it’s troublesome to take money, especially from Resident Life, when so many students are without air conditioning,” he said.

Berry also criticized the university for exhibiting “zero transparency” throughout the process: RHA members weren’t provided with the numbers of the money each department lost, so members of the group had to find those numbers themselves, she said.

“It took hours of reaching out to people and trying to put together this puzzle [of] where this money came from and where it’s taken from,” she said.

The SGA plans to meet with the university provost, the administration and finance vice president, and the student affairs vice president to attempt to find a solution to this issue, the resolution said. Both SGA and RHA also intend to raise awareness among students about the consequences of the reversion, to prevent a similar situation from happening again.

“I think unless students express a lot of discomfort with what [the administration] has done, I don’t think they’ll feel any obligation to not do this in the future,” Berry said.