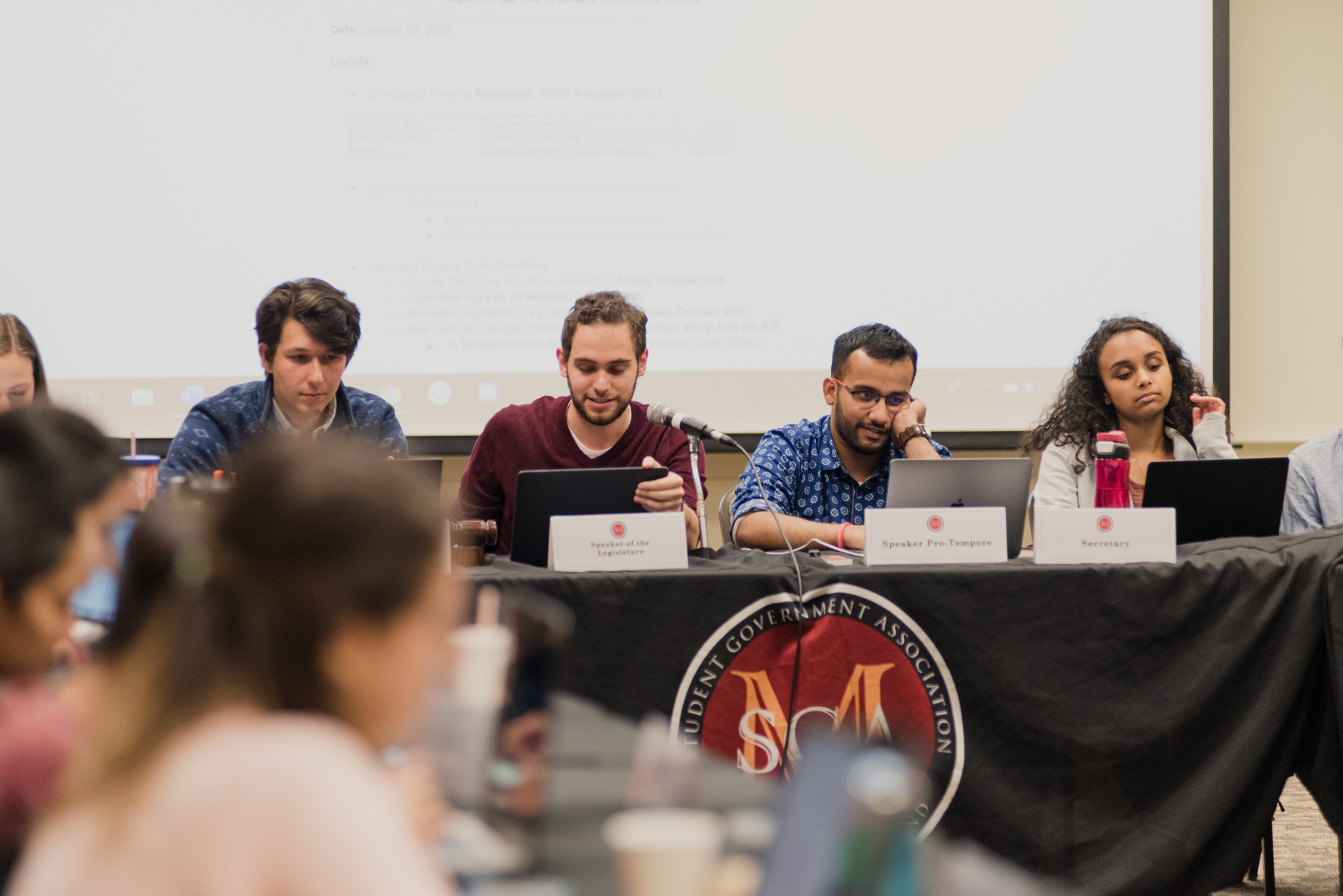 For Sterling Prudencio, finding a bathroom on campus can take 10 minutes.

On the days the senior public policy major, who identifies as genderqueer, is presenting more feminine, going to the men’s bathroom makes him feel uncomfortable. And to find a single-user restroom or empty bathroom, Prudencio sometimes has to leave the building where his class is located.

Prudencio voiced his support for a bill at an SGA meeting Wednesday night, demanding the University of Maryland detail its plans to ensure more all-gender accessible and universal design restrooms throughout campus.

The bill, which passed unanimously, was sponsored by SGA business representative Jaime Atilano. They wrote the bill to hold Facilities Management and the university administration more accountable in the construction of all gender single and multi-user restrooms, Atilano said.

“I really believe the university needs to make this an initiative,” Prudencio said. “In the past three years, it has been clear that not all students have been a priority of safety, and we’ve seen that through tragic events on campus.”

While this is not the first time the student government has called for leaders at this university to create more accessible all-gender restrooms, it is now demanding to see a clear long-term plan that ensures every building on campus has at least one all-gender restroom in response to the slow construction of all-gender restrooms and signage in the past few years, Atilano said.

“I know this is not a new issue, but we can keep trying to push the ball rolling,” Atilano said.

In drafting the bill, Atilano met with members of the LGBT Equity Center and Pride Alliance to learn more about past efforts to create more inclusive restrooms.

Luke Jensen, the director of the LGBT Equity Center, presented a bill in March 2017 calling for more gender-inclusive facilities, which was signed by university President Wallace Loh. The University Senate approved a gender-inclusion policy that planned for changes in current bathrooms in September 2018.

There is a clear need for more all-gender restrooms, Atilano said, as ones that are currently available are often unreasonably far from students who need to use them.

“What are we doing to build more overall accessible and inclusive designs?” said Shige Sakurai, the associate director for the LGBT Equity Center. “Particularly in new construction, there still seems like there’s a lot of missed opportunities there. I haven’t yet seen a plan, even though the Senate recommendation was that we should look at having all-gender restrooms in every building.”

The bill, which went through consultations with members of the LGBT Equity Center, Pride Alliance and the co-chair of the President’s Commission on Disability Issues, will act as SGA’s formal stance in supporting the timely design of all new construction and renovations so all restrooms in a building are all-gender restrooms.

“This is just a quality of life improvement for students,” said David Rowe, the treasurer for Pride Alliance. “We think that all students should have the availability to use a bathroom easily that they’re comfortable.”