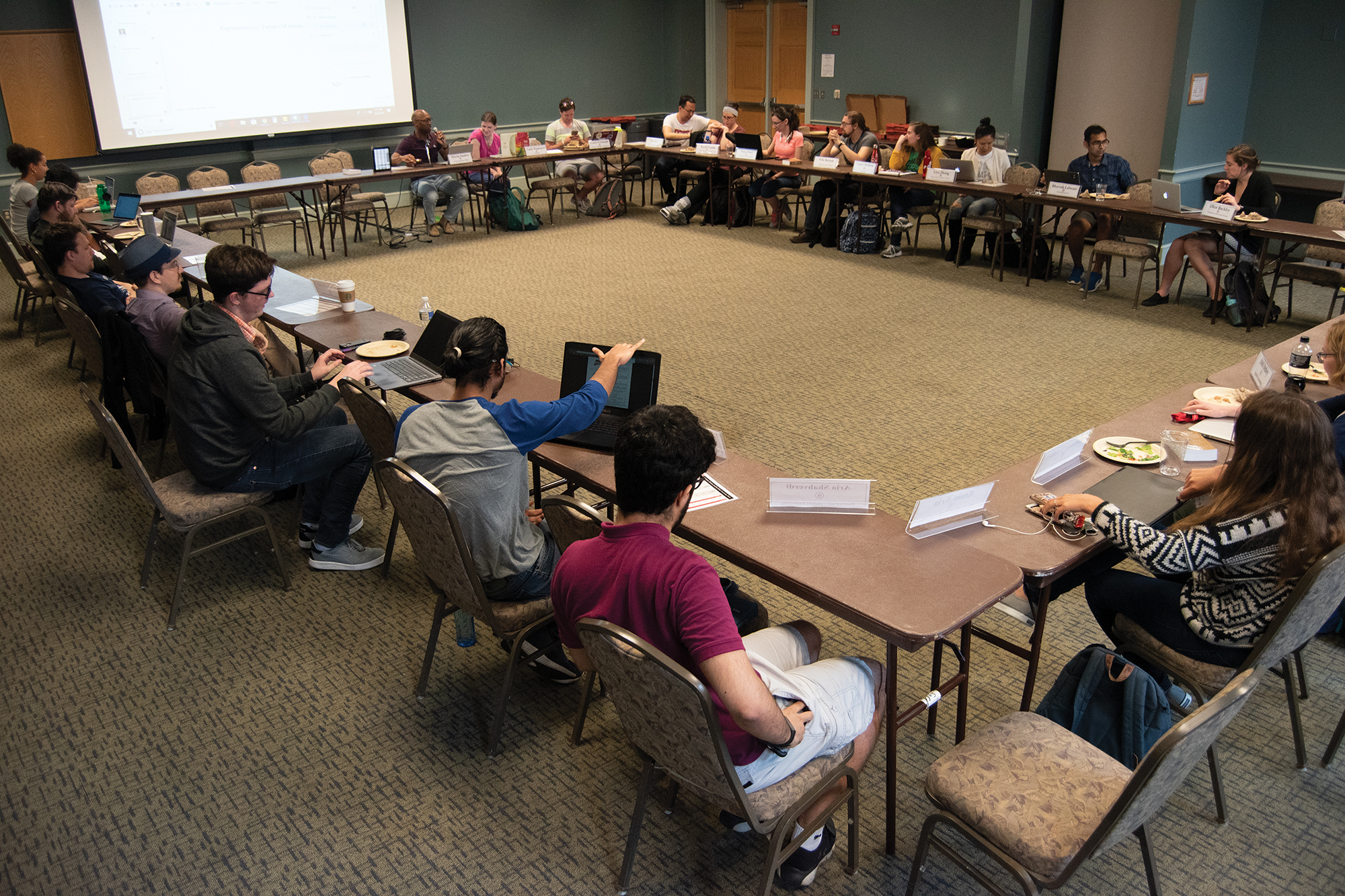 The Graduate Student Government tackled a resolution concerning international student fees during their meeting on Monday, May 6, 2019. (Joe Ryan/The Diamondback)

The University of Maryland’s GSG voted unanimously to support the formation of a student advisory committee to oversee the international student fee at its meeting Monday.

Then-GSG president Stephanie Cork said the Committee for the Review of Student Fees, a body composed of students and university officials that is supposed to advise on all mandatory fee proposals, was not involved with the international student fee. The fee mainly funds the Office of International Affairs and International Student and Scholar Services.

The resolution — which passed 18-0 with no abstentions — calls for GSG, Student Government Association and Residence Hall Association members to sit on an oversight committee. It is an attempt to inject a sense of transparency and accountability into the allocation of the charge, which has drawn criticism from graduate students.

“At its origins, [the fee] doesn’t have sufficient student input,” said GSG student affairs vice president Xu Han. “After its implementation, GSG is hoping to work with the university to make it right.”

Unlike the student transportation and technology fees, there is currently no committee with student representatives to offer recommendations for how the university should use the international student fee’s revenue. As a result, Han said, the GSG doesn’t know how this money is spent.

Han and GSG president Annie Rappeport said they don’t even know exactly how much money the Provost’s Office has collected. Based on the number of international students enrolled in fall 2017 and fall 2018, they estimate that more than $1 million has been brought in since the fee was implemented.

About half of this funding went to International Student and Scholar Services, Lewin said. The office used the money to hire a new visa adviser, increase staff salaries and expand a part-time graduate assistant position to full-time. Funds also paid for new software to make it easier to book J-1 or F-1 visa appointments and helped upgrade the office’s chat service.

The remaining money was split among the graduate school, Office of the Registrar, Office of Administration and Finance and enrollment management office, Cynthia Hale, associate vice president for finance and personnel in the provost’s office, wrote in an email to The Diamondback in November.

Still, Alexander Dennis, a GSG business and management representative, said many international students he’s spoken with in his program don’t know what happens with their money every semester.

“Is this just a tax on international students?” he asked. “Is it just a source of revenue for the university that isn’t actually benefiting the students … who are having to pay it?”

He added it’s possible the fee could have made positive change or funded helpful programs, and international students just don’t know about them.

In the past, Han noted discussion surrounding the international student fee has been framed as students fighting the administration. This is a misrepresentation, he said, arguing that a student advisory committee would build trust between the two groups.

“Accountability is not an attack,” she said. “We just want [the international student fee] to follow the same norm as other fees.”