UMD has eliminated lounge bedrooms, but a few flex rooms may remain 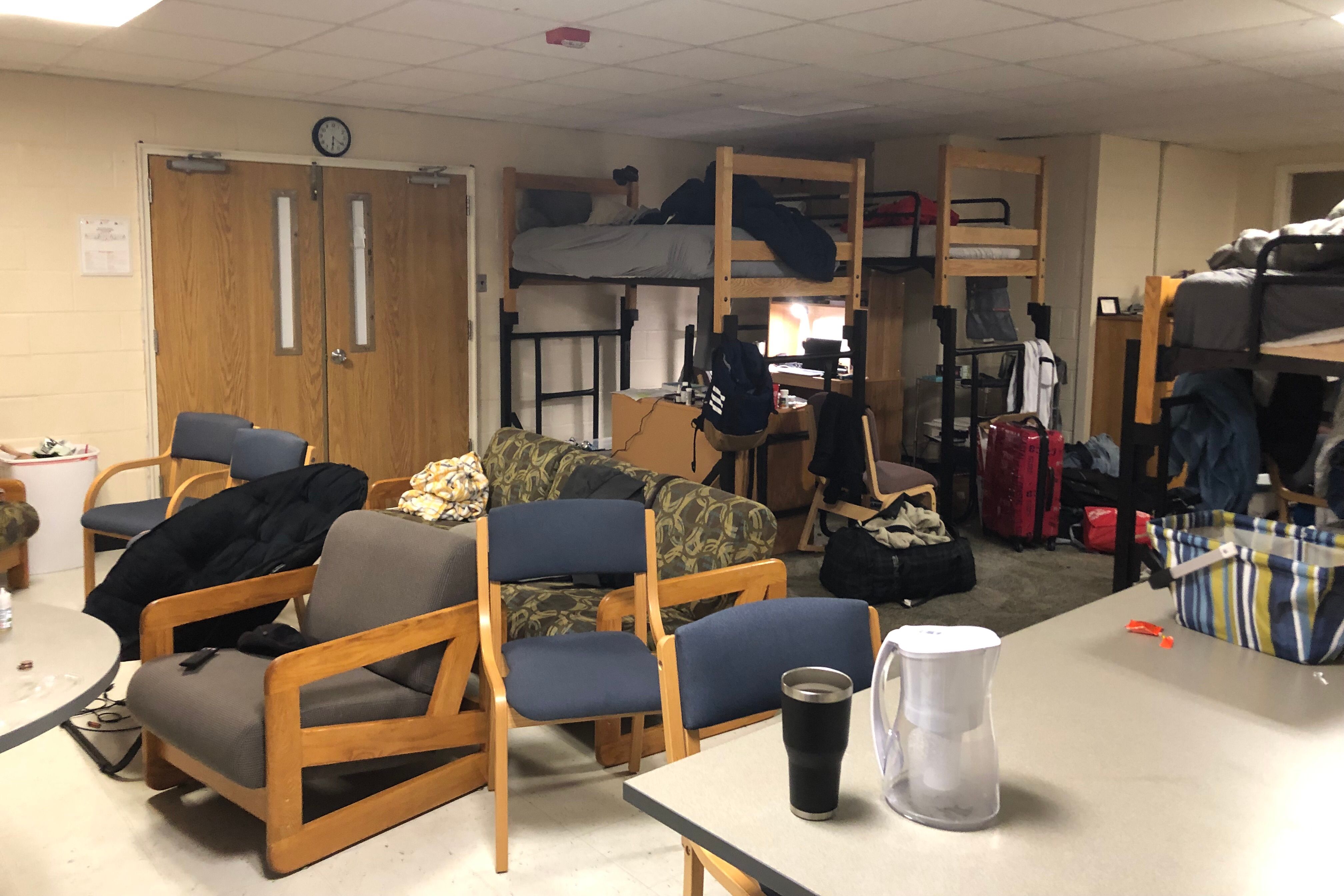 No University of Maryland students will be living in converted dorm lounges,  and fewer than ten will be in flex rooms during the upcoming semester, a Department of Resident Life spokesperson said.

Last fall, extended capacity housing affected 742 students due to housing shortages and an unexpected surge of incoming students. But this fall, through closely tracking student enrollment and limiting room selection, Resident Life has been able to decrease that number to nine or fewer.

The department now anticipates only creating up to three “flex spaces” —  double and triple rooms adapted to accommodate an extra resident — if necessary.

“It was important to us to minimize the use of dorm lounges and flex rooms as much as possible this year,” Resident Life spokesperson Tracy Kiras said. “We will open this fall very close to our capacity.”

Kiras said that the department began with the goal of eliminating converted lounges. Though these temporary living solutions have been used during three of the last ten semesters, their use dramatically increased last fall.

According to previous reporting by The Diamondback, there were three converted spaces in fall 2014, one in fall 2016 and 42 in fall 2018.

During the spring selection period, the department worked with Enrollment Management to improve the way they allocate housing, including more closely tracked enrollment numbers — including admissions offers and freshmen confirmations — to anticipate the volume of returning students participating in room selection.

Then, in order to give greater priority to incoming freshmen , it placed more limits on housing availability for third, fourth and fifth year students.

Chika Chuku, a rising sophomore enrolled in letters and sciences, was one of the 148 students living in converted lounges in fall 2018.

Unsure of how to prepare for lounge-living, Chuku said she was “really mad” when she received her assignment on the first floor of Dorchester Hall last July.

“I bought a rug, and I got [to the lounge] and realized I didn’t need a rug, because the whole thing was carpeted” Chuku said. “If they ever think that they will be putting people in lounges again, [Resident Life] should put pictures up on the website to let people know what they’re getting into.”

Despite her initial reaction, Chuku found several positive aspects to her living situation, particularly enjoying the microwave and sink the lounge afforded her.

However, she said she was still relieved to hear lounges will not function as student living space this semester — but instead as a place for students to socialize.

“Even though I really enjoyed my experience in the lounge, I can definitely say it affected the energy of our floor,” Chuku said. “Since people lived in the lounge, it was really hard for everyone to find a place to come together and relax.”

While eliminating dorm lounges, the department’s revised practices also worked to cut down on flex doubles and triples.

Michael Purdie, a former Cumberland resident who lived in a flex triple, said that while his experience living in a flex triple wasn’t bad, he is glad that the university has minimized their use.

“I had good roommates, but things were definitely crammed,” Purdie, a  journalism major, said. “But I understand there are many flex triple experiences that aren’t as good as mine, and it’s important to keep them in mind.”

Although there is no guarantee that extended capacity housing will be minimized or even eliminated in future semesters, Purdie said he is glad the university is taking steps to give students the living experience they deserve.

“Getting rid of flex triples and lounge living is the best option for the university because it’s the most fair and equal way of assigning housing,” he said. “It’s not fair for someone to be put into a six person lounge living space instead of a regular double if they fill their paperwork out on time.”