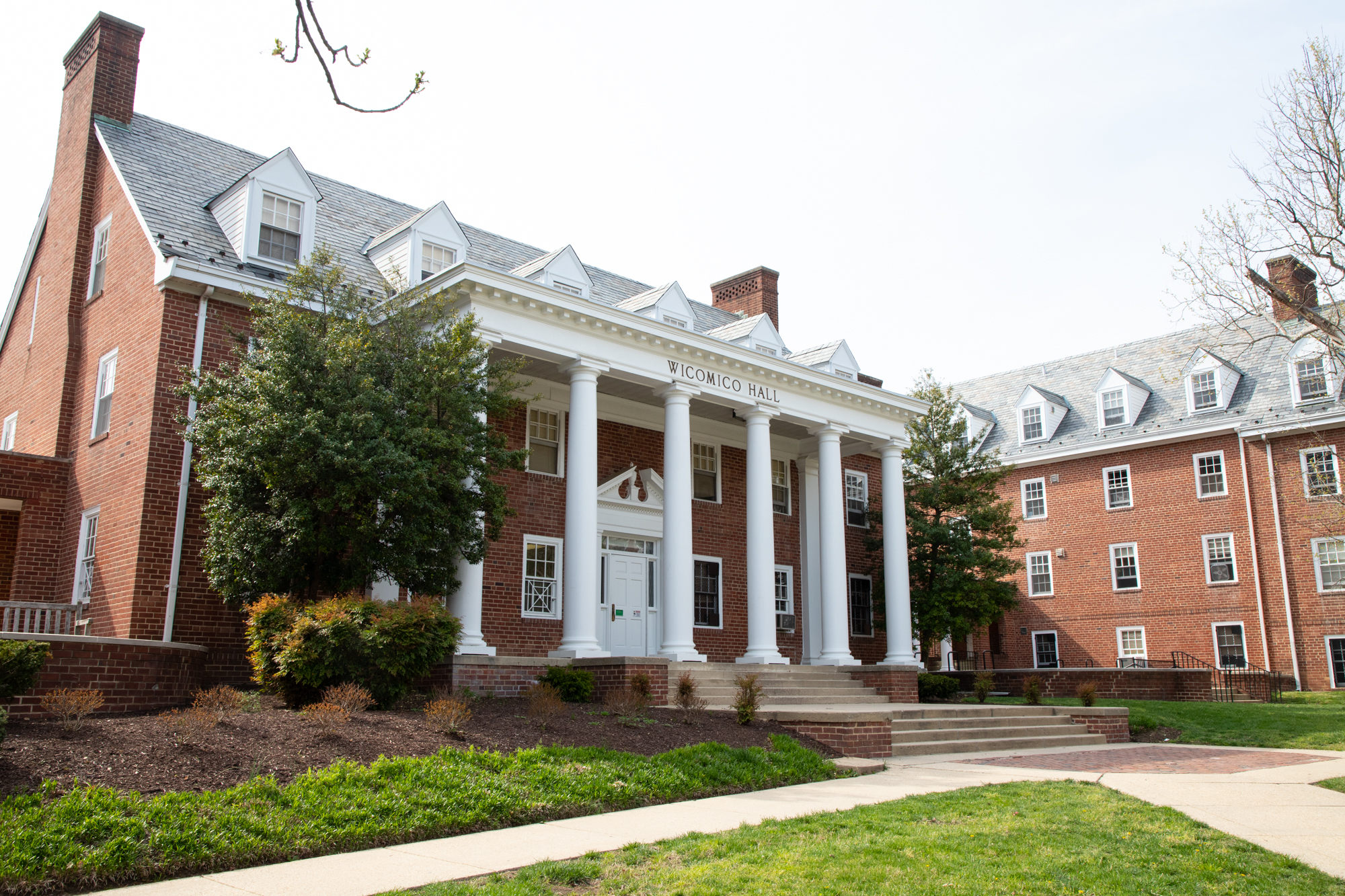 Wicomico Hall, the demolition of which has been pushed back due to updates in ResLife's strategic housing plan. (Evan Kramer/The Diamondback)

As a freshman at the University of Maryland, Michael Jacobsen found himself living in Ellicott Hall — one of eight dorms on the campus without air conditioning. He remembers sleeping in the lounge of his floor last fall to escape the heat.

“It was just super hot and humid,” the biology and economics major said. “I know a bunch of other people did that as well.”

By the end of the projects outlined in the Department of Resident Life’s updated on-campus strategic housing plan, Ellicott Hall will have air conditioning — and a host of buildings across the campus will also see updates.

The document, released Monday, lays out plans for delaying the demolition of Carroll, Caroline and Wicomico halls, moving up the demolition of Old Leonardtown, and renovating a handful of other dorms across the campus. The outline — which spans 15 years — was last updated in 2014.

“With any 15-year long-term plan, it’s prudent that you pause to take a step to look and see if there are updates that are necessary, or if there are things that are done in the landscape that have maybe shifted priorities,” said Resident Life spokesperson Tracy Kiras.

Carroll, Caroline and Wicomico halls are expected to be closed in fall of 2021. If they were removed in summer 2020 — as was originally planned — the university likely wouldn’t have enough space for students, Kiras said.

The buildings will remain in use until two new dorms on the Varsity Practice Field are ready for use — ideally by fall 2021, Kiras said. Next year, doubles in these dorms will be turned into singles to phase out the buildings.

“This past year, we saw an influx of freshman students accepting admission to the University of Maryland, which created a bit of an occupancy crunch for us this fall,” Kiras said.

Old Leonardtown is scheduled to be out of use by fall 2020. It’s being demolished largely because the building — built in 1972 — is past its intended lifespan, Crabb said. She added that renovating it would be costly and unnecessary now that more occupancy is available.

“[Old Leonardtown] was supposed to be temporary housing,” Crabb said. “It’s time. We knew we were building the new hall, so we know we will have more modern, fresh housing available.”

Mary Hood, a sophomore computer science major who lives in Old Leonardtown, said she understands why Resident Life wants to close the dorm.

“It’s really far from campus, so the walk is not what you sign up for when you try to get on-campus housing,” Hood said. “It’s also really old.”

After the construction of dorms on the Varsity Practice Field is complete, renovations can begin, starting with Ellicott Hall. Honors housing will be relocated from Ellicott Hall into one of the two new dorms, Kiras said.

Once Ellicott Hall reopens, renovations will start on Cumberland Hall — with students being relocated to either the new dorms or Ellicott.

Crabb said Residential Facilities decided to move Cumberland Hall up in the renovation schedule because it’s the only building that still has its original windows, which they’d like to replace “sooner rather than later.”

The updates were largely based on recommendations from Brailsford & Dunlavey consultants, who conducted a review of the plan, Kiras said. They found that there was still a need for more occupancy to do renovations.

“We’re excited to have a plan in place to renovate and modernize the existing residence hall facilities to meet the needs of students in today’s times,” she said.