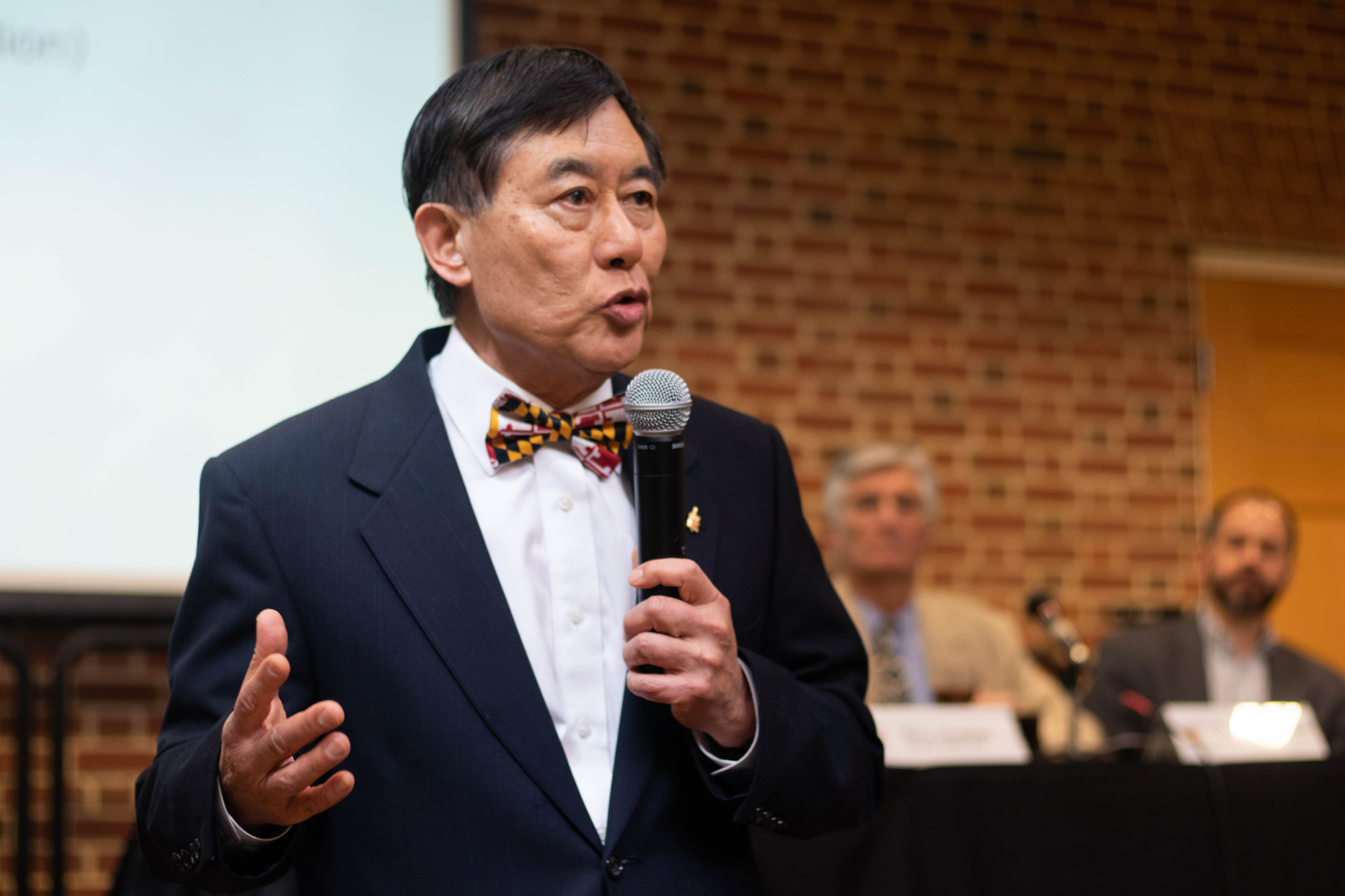 At a University of Maryland Senate meeting on Thursday, President Wallace Loh revealed that an accreditation agency found the school’s administration didn’t meet its standards after a controversy involving the Board of Regents earlier this academic year.

The Middle States Commission on Higher Education requires institutions to meet seven standards to remain accredited. Loh said the university violated the seventh, the “appropriate autonomy standard,” part of which requires the president to fulfill his or her role with autonomy and authority.

Loh said the commission’s conclusion indicated “someone [had] intruded into the autonomy of the university.” He did not specify exactly what this university did to violate the standard but made several references to the Board of Regents, who govern the 12 institutions in the University System of Maryland.

This action is part of a trend of governing boards making “incredible [intrusions]” into the “day-to-day management of public universities,” he added.

The commission initially announced in the fall it would review the university’s accreditation status, and Loh said its findings will be made public in July.

Many observers said the board overstepped its bounds last year by assuming control of two investigations into the death of Maryland football’s Jordan McNair.

McNair suffered heatstroke at a team workout in May and died two weeks later. The first investigation found that athletic trainers did not recognize or treat his condition properly on the day he collapsed, and the second uncovered a culture of widespread abuse in the athletic department.

“The whole issue of football was a convenient vehicle for the board to insert itself,” Loh said Thursday.

While the board can hire and fire university presidents, it has no control over other personnel. After the football program probes, investigators reportedly told Loh they’d fire him if he didn’t retain embattled football coach DJ Durkin, who the investigation found bore some responsibility for the abuse.

Loh originally said Durkin and athletic director Damon Evans would keep their jobs, and reinstated Durkin as coach — but fired him just one day later.

“The issue with the Middle States [Commission] potentially is huge,” said Harry Huntley, a junior agricultural science and technology and economics major, “and I think the campus as a whole needs to pay attention to that.”

Loh also touched on his extended tenure as president. In January, he announced he’d stay on until the end of the next academic year, though he’d previously planned to step down this June.

Many senators were upset with Loh’s decision to remain longer than first announced. At a February meeting, Huntley called the decision “a slap in the face.”

Loh spoke about this university’s future leadership, anticipating that “we will have outstanding candidates for this position.”

The senate passed a resolution regarding its principal missions in the search for a new president. The resolution, proposed in February, passed 56-16-3 in response to senators’ concerns this university’s values were not adequately emphasized in the search for its new leaders.

Loh also delighted in the destruction of an “eyesore” —  the Quality Inn and Plato’s Diner, demolished in March. Loh said it was home to drug dealing and prostitution just two blocks from campus.

He also announced a construction program amounting to $1 billion, citing approval for a $110 million update to chemistry building he said is 30 years in the making, two new residence halls, a new public policy building and a dining hall. With new retail additions around campus, Loh projected 12,500 new jobs would be created in five to seven years.

It’s all part of what Loh hopes will “transform College Park into hub of innovation and entrepreneurship.”