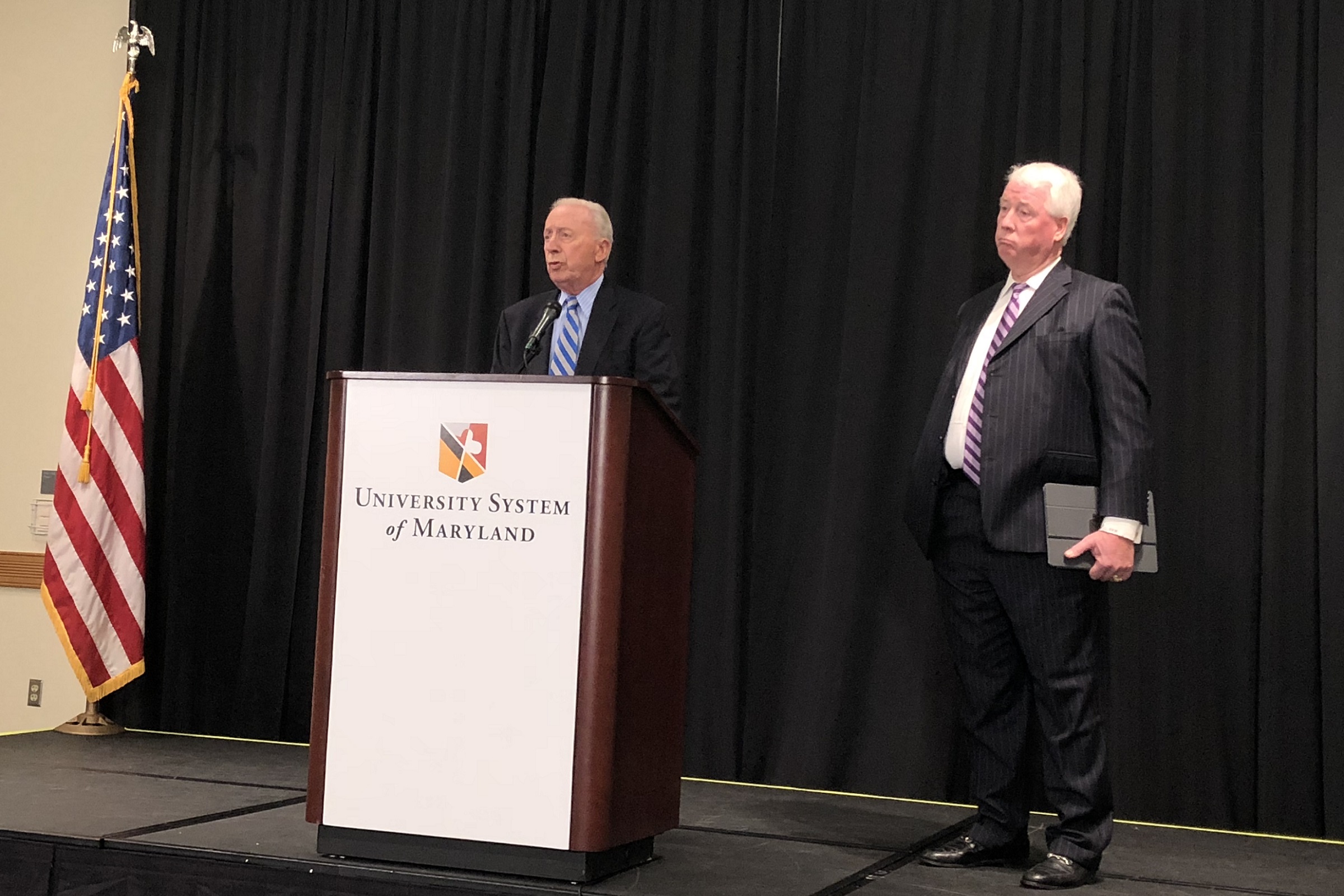 By James Crabtree-Hannigan and Andy Kostka

At the workout where Maryland football player Jordan McNair suffered heatstroke, University of Maryland athletic trainers recognized the severity of his condition too late, and failed to properly treat it once they did, according to the independent investigation into McNair’s death released Friday.

In a press conference at Towson University’s West Village Commons on Friday evening, Dr. Rod Walters — contracted by the university in June to investigate McNair’s death and the athletic department’s safety protocols — provided the most complete timeline yet of the May 29 workout, McNair’s symptoms and the medical care he received. Walters shared his findings with the public after the University System of Maryland Board of Regents had reviewed them.

Athletic trainers did not implement cold water immersion when McNair suffered heatstroke because they feared he would drown, considering his large stature compared to that of the medical staff, head trainer Wes Robinson told Walters.

“[The training staff are] not large people, they’re not big people,” Walters said. “They were concerned about the safety of the student-athlete if they got him in a polar plunge.”

Cold water immersion has a 100 percent success rate in preventing fatalities from heatstroke when administered quickly. It’s recommended by both the 2014-15 NCAA Sports Medicine Handbook and the nonprofit Korey Stringer Institute to treat heatstroke, and Walters confirmed that industry best practices involve having cold tubs on the field where athletes are training.

Instead, trainers used what Walters described as “inadequate cooling devices” — they applied cold towels to try to alleviate McNair’s back cramping, and added ice packs to his groin and armpit. This treatment is suggested as an alternative when cold water immersion isn’t possible.

Generally, Maryland includes cold water immersion tanks as part of its field setup, but they were not present May 29.

Originally slated to be held at Maryland Stadium, the May 29 practice was moved to the practice fields in the Schutz Football Practice Complex due to construction. It was not brought inside to Cole Field House due to “poor availability of field space,” Walters said.

Walters said the staff was not given adequate time to prepare for the change in venue and had to “rush to get hydration products and other emergency equipment to the synthetic turf practice field.”

Athletic trainer Steve Nordwall — who remains on administrative leave along with Robinson — told Walters he did not notice an elevated skin temperature, and McNair’s temperature was not measured until paramedics arrived.

Walters highlighted the lengths of time between several key moments of the workout.

After McNair first reported cramping at 4:53 p.m., he remained on the field for 34 minutes. He was treated in the athletic training room for 23 minutes before he exhibited a change in mental status, which along with highly elevated body temperature is a primary indicator of exertional heatstroke.

“That’s when you think you have a heatstroke,” Walters said. “At that point, there were definitely efforts to cool. My point was that I think if you could have done cold water immersion, it would’ve been more effective.”

The seizure coincided with difficulty breathing. McNair’s jaw clenched, and Robinson said he was having convulsive movements. His airway was obstructed with a “brown foamy sputum.”

Nordwall and Cothran did not respond to requests for comment from The Diamondback.

The May 29 workout began at 4:15 p.m., according to the university. McNair and other players ran a set of 10 110-yard sprints, which the university has described as a “basic conditioning test.”

McNair completed seven of the 10 sprints before he became “exhausted,” Walters said. He lagged behind the other linemen, unable to meet the 19-second benchmark for offensive linemen on the eighth, ninth and 10th attempts.

Walters said teammates “were kind of holding him on the side, coming with” McNair across the field.

“You just wouldn’t think heatstroke when you only run 10 110s,” Walters said. “But at the same time, that’s what developed.”

The Walters report included his interviews with every coach and four of McNair’s teammates who were at the workout.

One player reported a “Scott” and “Billy” as helping McNair off the field, presumably referring to athletic trainers Scott Wood and Billy Rodgers.

Another of the players reported that “player trust with the athletic training staff is not good” and that the team motto includes “blind trust.” Another player said coaches preach a “no quit” mentality and that players avoid “The Pit,” an area of practice for injured players, at all costs.

From the time cramps were reported on the field to McNair’s arrival at Washington Adventist Hospital was close to two hours.

One player interviewed said McNair did not appear ready for the training session. According to Walters’ report, McNair gained five percent body weight in the month leading to May 29. Robinson identified three players as “concerns for the workout,” but the report does not identify which players they were. Robinson “closely monitored their activity.”

Walters also recommended the university establish an Athletic Medicine Review Board for a variety of specialties to provide oversight for Maryland’s sports medicine staff. Sufficient time must be allowed for the change of a practice venue to allow athletic trainers to adequately set up the field.

Robinson recommended seven additions, such as all staff using radios to improve communication, cold tubs available regardless of temperature or workout intensity. Robinson also recommended that groups be split into smaller units for team runs, and that players sit out the following repetition if they don’t make the time on a given run.