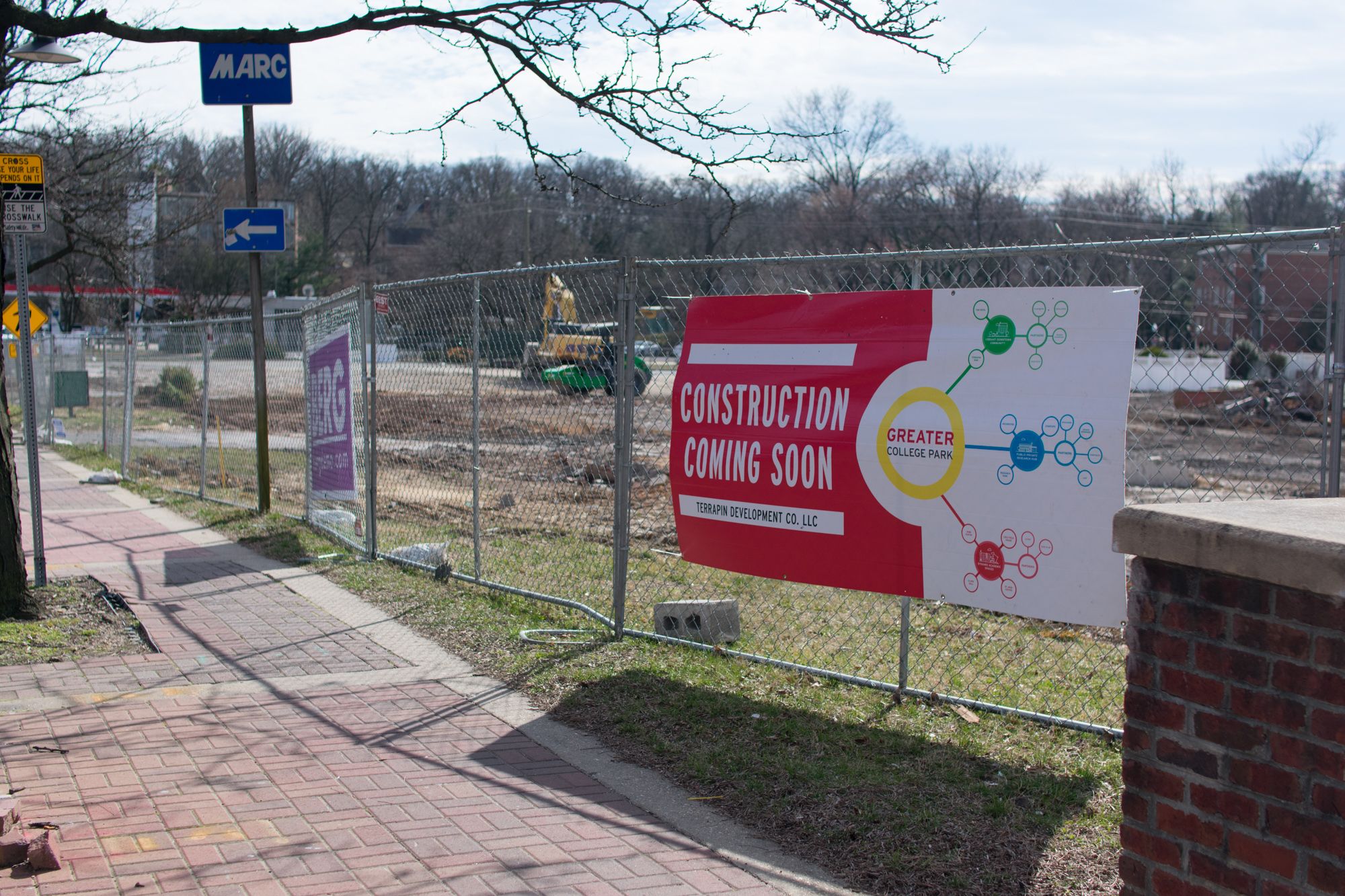 Piles of rubble, smashed concrete and broken bricks lay strewn across a lot at the corner of Guilford Road and Route 1 — the last remains of Plato’s Diner and Quality Inn.

Earlier this month, demolition finished on the College Park site to make room for a new mixed-use development, estimated to cost between $140 million and $150 million.

“It’s a part of our strategy to attract a broad, diverse community to be a part of greater College Park,” Ulman said. “We’re really excited about the thoughtful nature of the project and design.”

After a fire shut down Plato’s Diner in 2016 and the Quality Inn closed its doors in 2017, demolition on the site began late last year. The project is expected to be completed in about two years, said Ryan Chelton, the city’s economic development coordinator.

“Everyone’s pretty excited when buildings start to fall down,” Chelton said. “I’m glad that they were able to finish the job.”

The site’s demolition comes nearly six months after the city council passed a resolution awarding Bozzuto a 60 percent tax credit, totaling more than $4 million over 15 years for the redevelopment.

Under the tax credit’s terms, the city will receive the base property tax for the property each year, but only 40 percent of the incremental tax, while the assessed value of the site increases with its development.

Even with the tax credit, College Park officials said in September that the city still expects to make about 227 percent more with the Bozzuto development, than it would have had if both Plato’s Diner and the Quality Inn had remained operational.

The property, co-owned by Terrapin Development Company, the university and the University of Maryland College Park Foundation, will offer an array of amenities including outdoor seating areas and public spaces.

The project will also extend Calvert Road, which Ulman said will help “enhance” the city’s cycling and walking path network.

“Right now, one of the things we see often is large developments jammed up on Baltimore Avenue,” Ulman said. “This one will create a new road network.”

The project is the city’s latest effort in its goal to make College Park a top 20 college town by 2020.

Patrick Wojahn, the city’s mayor, said the new development will assist in making the city a more “vibrant” and a year-round “commercial area.”

“Right now, we have a lot of ebbs and flows in business and population,” Wojahn said. “When summer comes and the students are gone, a lot of businesses in our downtown have suffered and it hurts our ability to attract some of the high-quality restaurants.”

In the past year, establishments such as Slices, Rugged Wearhouse and Pizza Mart have closed on Route 1, as other businesses struggle to keep up with increased leasing costs coming alongside the increase of new development.

Wojahn, however, is hopeful this new development will help resolve these problems.

“It will bring us the year-round residents … and attract more people to come to College Park, live in College Park and make our downtown more of a vibrant, year-round atmosphere,” Wojahn said.