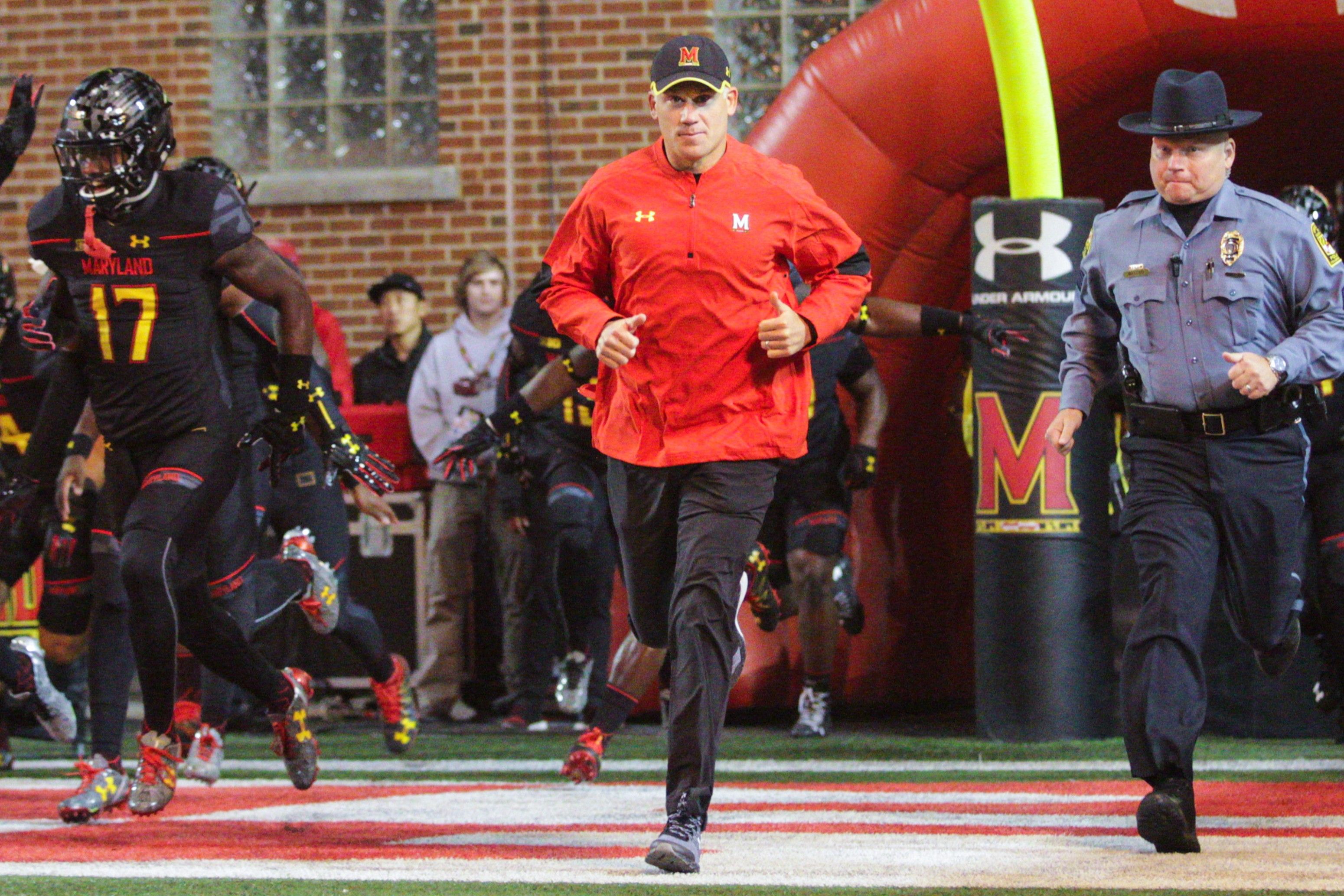 The University of Maryland’s football program has come under intense scrutiny in recent months. In August, two ESPN articles shed light on a potentially toxic culture within the program and the role it may have played in the death of offensive lineman Jordan McNair. This spurred the university to place multiple coaches and trainers on leave and launch an external investigation, which the Board of Regents later took control of.

The investigation’s report was leaked to the public Oct. 25, prior to its public release Oct. 29. The 198-page document found that head coach DJ Durkin, university President Wallace Loh and athletic director Damon Evans, among others, bore responsibility for the fostering and maintaining of an abusive culture on the team.

The day after the report’s release, the Board of Regents recommended that the university reinstate Durkin as coach and retain Evans as athletic director. Loh, who reportedly pushed for Durkin’s ouster, also announced that he would retire. But one day after Durkin returned as coach, the university announced it was firing him.

Since then, the university has worked to implement the recommendations from the investigation, as well as another investigation into the circumstances surrounding McNair’s death. Meanwhile, the Maryland General Assembly passed legislation to reform the board, which is also set to undergo an external review.

Below is The Diamondback’s complete coverage of the investigation and its fallout.

The General Assembly’s legislative session drew to a close Monday.

The university’s accreditation status came under review in November.

One of the people Loh said would be on it, David Williams II, died Feb. 8.

USM Regents chairwoman backs legislation to reform the board

Linda Gooden expressed her support for bills that would expand the board’s membership and make it more transparent.

Maryland lawmakers push to expand Board of Regents, increase its transparency

The board was criticized for recommending UMD keep football coach DJ Durkin.

When the review is complete, a committee will evaluate the report and provide feedback to the board.

Durkin is aiding the Crimson Tide “in a consultant-like capacity.”

After Jordan McNair’s death, his teammates remembered him during a 5-7 campaign.

Some senators wanted him to talk more about the football scandals and their fallout.

The rally “catalyzed” the student body, one panelist said.

The system’s chancellor and board chair were close-lipped about their personnel moves.

“The problems were not necessarily race-oriented,” he said.

Student groups are calling for the change after athletic department turbulence.

“That’s behind us”: UMD President Wallace Loh wants to move past the last two weeks

They were filled with personnel changes, rallies and turmoil.

After investigations into UMD’s football culture and a player’s death, these students address supporting their school when it’s part of their job.

A report on the team revealed a coach frequently hurled homophobic and sexist insults at players.

It’s been Matt Canada’s program — at least in name — for months.

Linda Gooden was elected the board’s chair on Wednesday.

Steve Nordwall and Wes Robinson are no longer employed by the university.

Because the university fired Durkin without cause, it owes him more than $5 million.

The protest fired back at the SGA, which held a rally to support student-athletes and pushed game attendance.

UMD Senate: Board of Regents “grossly exceeded its authority” by pushing for DJ Durkin to stay

The senate took issue with the board’s “overreach and violation of basic principles of higher education.”

The rally exposed a rift between student groups.

There are conflicting reports on whether the fight was about DJ Durkin.

Brady and the board had come under fire for supporting head football coach DJ Durkin.

The university’s accreditation was last reaffirmed in 2017.

Steve Nordwall and Wes Robinson have been on administrative leave since August.

UMD’s Provost and Deans slam Board of Regents, call for President Wallace Loh to reconsider retirement

There have been conflicting accounts about the altercation between punters Wade Lees and Matt Barber.

“The right decision was made for justice for Jordan and for everything to be easier for us as players.”

“I can’t believe it took them this long”: UMD students react to DJ Durkin’s firing

The SGA rescinded its resolution calling for DJ Durkin’s firing after he was fired.

Durkin was reinstated as coach Tuesday.

The decision to reinstate Durkin was met with widespread criticism.

After Durkin was reinstated, the SGA held an executive meeting to discuss next steps.

“A paycheck was chosen over [Jordan McNair’s] life.”

Durkin had been on administrative leave since August.

“How many more kids have to die?”: UMD students react to Durkin’s return, Loh’s retirement

DJ Durkin was reinstated as the Terps’ coach Tuesday.

A week before midterms, Maryland politicians weigh in on UMD football fallout

Gov. Larry Hogan expressed some doubts about the decision to reinstate DJ Durkin.

UMD President Wallace Loh is retiring. Here’s a look at his eight-year tenure.

Loh announced he will step down next year.

DJ Durkin is back as Maryland football coach, will be on sideline Saturday vs. Michigan State

Jordan McNair’s parents: Keeping DJ Durkin, Damon Evans is like being “punched in the stomach”

Marty McNair and Tonya Wilson spoke at a press conference after the Board of Regents recommended Durkin and Evans continue in their positions.

The Board of Regents announced the decision Tuesday.

A leaked version last week did not include the report’s appendices.

As Evans left the meeting, he told reporters, “We just have to wait to see what happens.”

Because of confusion within the athletic department, much of the football training staff was acting unsupervised.

The investigation was supposed to focus on the football program, but commission members said that “significant dysfunction” in the athletic department was a major factor.

That lack of supervision led to some of the abusive tactics in place.

Court made a habit of pushing players past their physical limits and embarrassing and degrading them.

Durkin maintains that strength and conditioning coach Rick Court was not abusive, despite reams of evidence and testimony to the contrary.

The investigation into the program stopped short of calling the culture “toxic.”

A previous announcement said public release of findings and decisions were expected by Oct. 30.

There will not be “media availabilities or statements” at the meeting.

The embattled Terps coach remains on leave after reports of abuse in the program.

But some players maintain that the environment was appropriate.

“We want the Board to know what a gem they have in DJ Durkin.”

Students returned to campus to find the athletic department in turmoil.

The Board of Regents has added five new members to the commission.

The board will also assume control of the investigation into Jordan McNair’s death.

“He shouldn’t be able to work with anybody else’s kid.”

The board sets policy for the University System of Maryland’s 12 institutions.

Court was one of DJ Durkin’s first hires.

The family’s attorneys also called for the release of footage of McNair’s final workout.

An ESPN report on Friday outlined a culture of abuse in the Maryland football program under DJ Durkin.

The report details a pattern of abuse from Durkin, along with close confidant Rick Court.