Maryland football hasn’t allowed injuries to hold it back. Ohio State will test that. 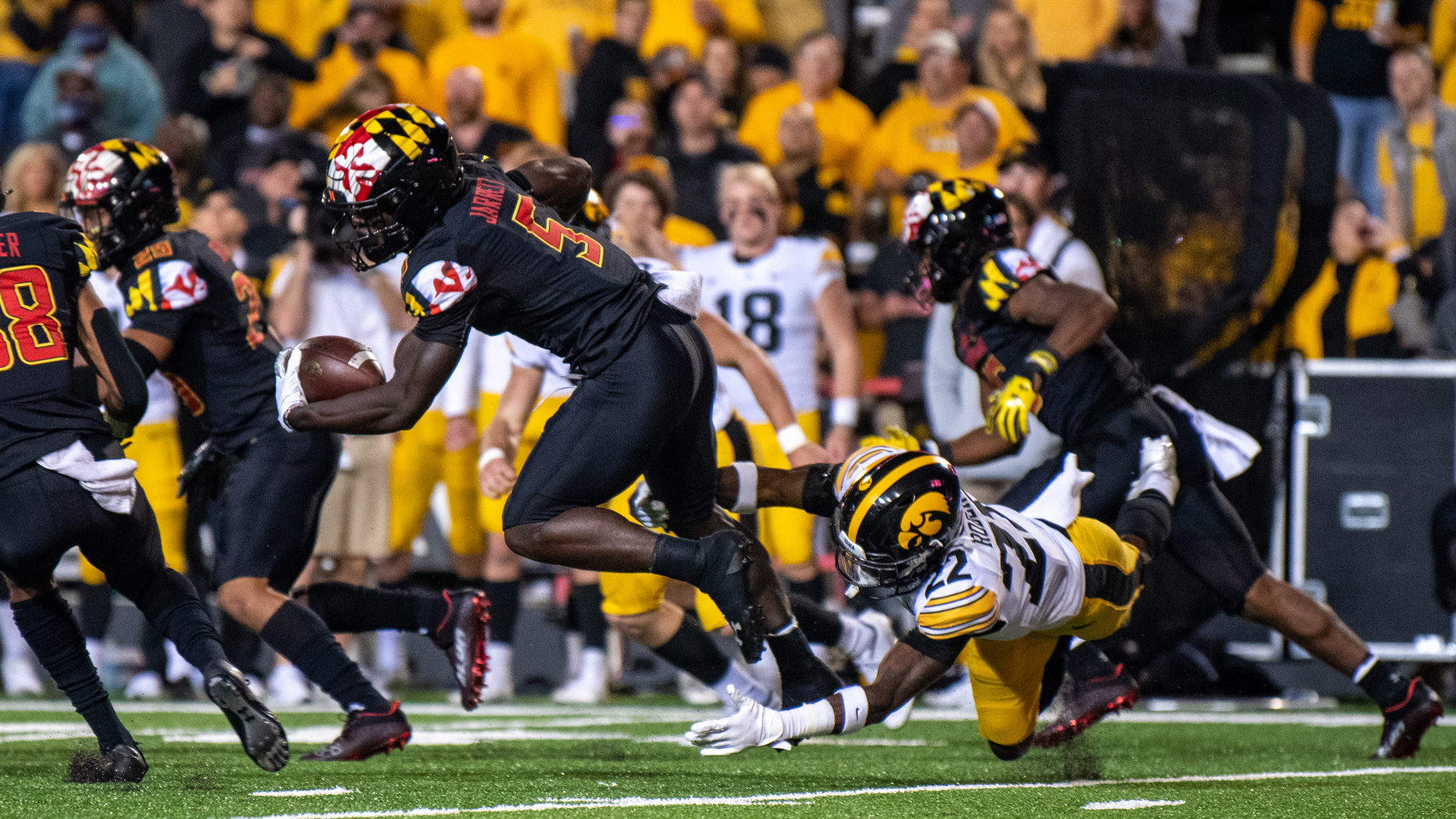 The motto for coach Mike Locksley’s third season with Maryland football has been “the standard” — that is, the caliber every player is expected to live up to when the Terps go about every aspect of their work, be it practice or gameplay.

Maryland has reiterated throughout the season that no matter who takes the field on a given day, the Terps can match up to anyone if they play to their own benchmark.

The Terps are still reeling from the news that their leading receiver, Dontay Demus Jr., will miss the rest of the season due to a knee injury.

“I don’t really think you can fill the void that he left,” wide receiver Rakim Jarrett said. “It’s going to take all the other receivers to step up, including myself, to collectively do it.”

Injuries have perniciously pestered Maryland for weeks. Linebacker Fa’Najae Gotay was injured during week one, defensive back Deonte Banks was sidelined before week three and defensive lineman Mosiah Nasili-Kite and linebacker Branden Jennings have been battling injuries for a few weeks.

The Terps have necessitated flexibility when it comes to personnel. To this point, that simple factor has not been their downfall.

And if there’s one thing Maryland knew it had entering the 2021 season, it was talented receivers. So when one is no longer available, it’s time for the rest to rise to the occasion — just like the rest of the team has sought to.

When it comes to replacing Demus on the field, it’s no easy task, as Jarrett said. But, Jarrett is the foundation — not just in terms of in-game talent and impact playmaking ability, but in the little things in practice.

“[Dontay Demus’] production is what you guys see, but there was so much more, the leadership and the steps he had taken to become a leader for us,” Locksley said.

According to Locksley, Jarrett is a bit of a loner. He’s quiet and manages himself. But with a gregarious voice like Demus’ gone, he wants Jarrett to take the next step in his role as a skipper for the Terps.

“We need him to have more effect on others on our team with how he practices, how he plays the game,” Locksley said. “I expect him to do that.”

Maryland has seen players across its defense take on these kinds of responsibilities when a teammate becomes inconvenienced. And they’ve thrived.

Greg Rose filled in for Nasili-Kite as he dealt with a foot injury and has now carved out a spot as a starter on the defensive line. Jennings, Kobi Thomas and Ahmad McCullough have all found moments to make an impact in the absence of Gotay.

“He’s gonna be a big player for us for the rest of the season,” Hyppolite said. “We’re expecting great things from him.”

Yet, Jarrett is not the only one who is expected to make up the difference. The Terps have a slew of experienced receiving options in Jeshaun Jones, Darryl Jones and Brian Cobbs, who have always been reliable hands for quarterback Taulia Tagovailoa.

It can be difficult to separate the results of last Friday night’s 51-14 loss to Iowa and Demus’ injury, but Maryland was outplayed regardless of his status.

What the Terps learned from their loss to the Hawkeyes should benefit them with a brutal Big Ten schedule coming up.

The margin for error is small.

But as a developing team, Maryland is aware of the level it needs to play at, and Jarrett said the Terps don’t view the Buckeyes differently from the rest of their laborious slate of games.

“Mistakes are gonna happen,” Jarrett said. “It’s football, you’re not going to go a whole game without making one mistake. I know fans might not like it, but it’s not really possible.”