Maryland football wants to be versatile on defense. Greg Rose is just that. 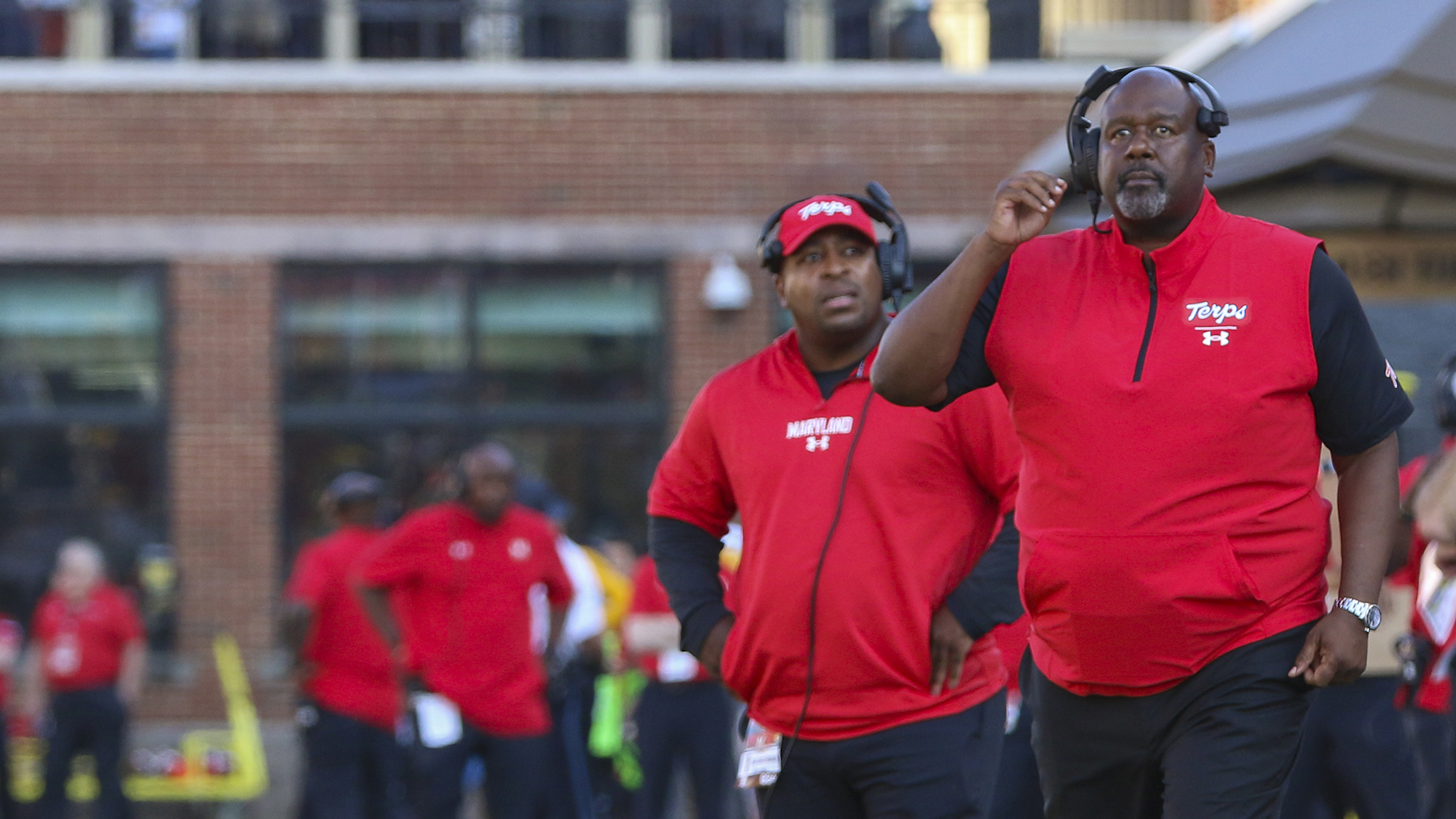 It was Maryland football’s first defensive play of the season from the line of scrimmage and Greg Rose was helmet-to-helmet with the West Virginia offensive line.

Before he was seen warming up pregame with the top unit, Rose wasn’t expected to be part of the first-look defense. The depth chart placed Mosiah Nasili-Kite, a 2020 All-Big Ten honorable mention, just above him.

But when coach Mike Locksley and his staff made the game-time decision to put the junior college transfer in for the defense’s first series, they weren’t concerned about his ability to produce.

“He has a motor,” Locksley said. “[He] plays with great pad level and leverage, and really does a good job of  holding the point up there. Earned the right to be a starter for us and was really happy with how he played.”

Rose stepped up in his first start as a Terp, encapsulating one of the identities of Locksley’s 2021 Maryland team: versatility.

And as the Terps continue down their schedule, adaptability will be key to staying healthy and prepared for challenging games, much like their first contest.

[Maryland football fought through adversity to knock off West Virginia]

Other areas of the defense are already having to adjust due to injury. Starting linebacker Fa’Najae Gotay was injured during last week’s 30-24 win. Locksley confirmed the junior will require surgery for a “significant upper body injury.”

Since joining Maryland from Lackawanna College, coached by former Terps star lineman Mark Duda, Rose has jumped his way up the depth chart after coming in as a walk-on.

What cemented his status with Maryland was the announcement he was officially on scholarship, getting the news from Prince George’s County native and NBA star Kevin Durant.

What a moment for Greg Rose

With his new baby in his arms, Kevin Durant tells him he’s on full scholarship.

Locksley expressed his admiration for Rose’s work during preseason camp and how it merited his scholarship.

“He’s a guy that has come in here as a walk-on and has earned the respect of his teammates and coaches with how he plays the game,” Locksley said.

Rose finished his first start for Maryland with two tackles, joint-second among defensive linemen. And Rose was a prime factor in the overall defensive effort.

The Terps stifled the Mountaineers’ offense, holding them to three points in the second half. Locksley’s squad was not shy to point out just how many options they have at a given position, making them a tough defense to figure out.

The first game saw nine different defensive linemen take the field for Maryland. Locksley pointed out Darrell Jackson and Isaac Bunyun as underclassmen he was glad to get playing time over the weekend.

As Maryland prepares for another familiar opponent in Howard, the Terps are focused only on putting on a performance as good, if not better than, that of week one. Locksley has emphasized how beneficial it is to be able to correct problems coming off of a win.