UMD’s accreditation could be in jeopardy. Here’s what you need to know. 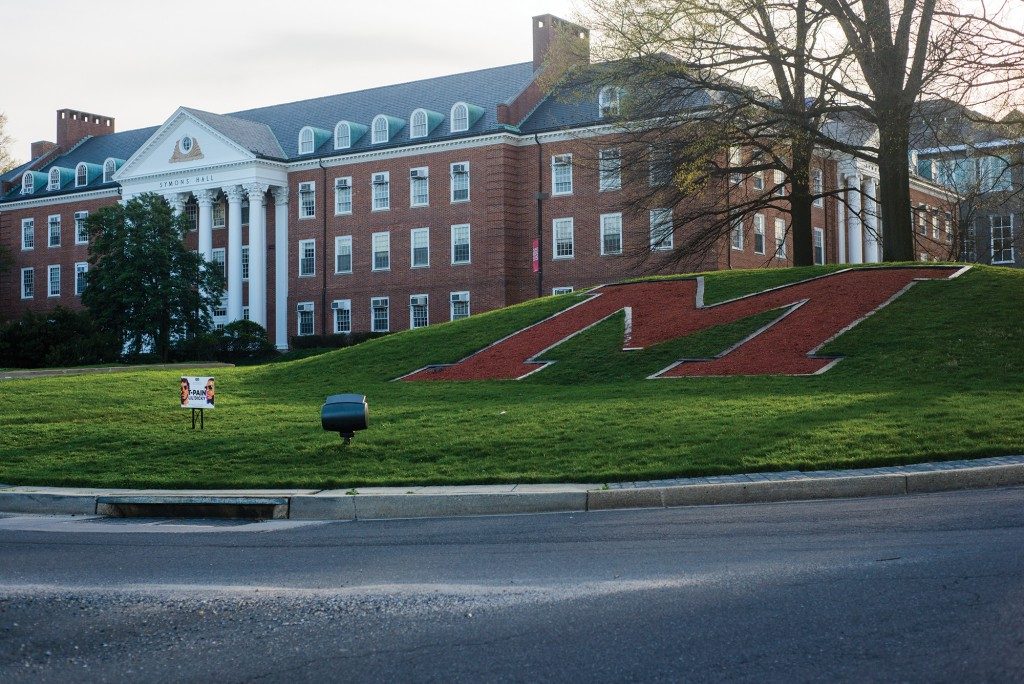 On Friday, a commission charged with investigating the University of Maryland announced the school’s accreditation is on a “warning” status due to concerns about its transparency and governance structure that came to light after football player Jordan McNair’s death.

The warning comes months after a visiting team from the Middle States Commission on Higher Education concluded the university violated one of its seven accreditation standards — Standard VII, which pertains to “governance, leadership, and administration.” Many of its concerns involved the Board of Regents, a body that sets policy for the 12 institutions within the University System of Maryland.

Over the past year, a series of events leading to this probe rocked the campus and drew national attention. In this breakdown, The Diamondback outlines what led up to the commission’s decision and what its findings could mean for the future. Although this university will almost certainly maintain its accreditation, some officials say the commission’s investigation has cast a shadow on its reputation.

We supplement our previous reporting with information from recently-released documents from the university and commission to convey what went wrong, when and what’s next.

How we got here

McNair was a rising sophomore and offensive lineman. He died from complications of heatstroke, which has a 100 percent survival rate when treated immediately with cold water immersion.

His death sparked two investigations: one into the day of the practice where he fell ill, and another into the broader culture of the football program.

“The University owes you an apology,” Loh said he told McNair’s parents. “You entrusted Jordan to our care, and he is never returning home again.”

University Senate chair Pam Lanford told The Diamondback in May she supported Loh’s decision. However, Lanford — who read the Sun’s story, but didn’t hear about the regents’ concerns firsthand — said she could see how his decision to take responsibility opened up the potential for liability concerns.

“That was an interesting stance to take from an institutional perspective,” she said. “It was admirable, for sure, but a little unusual.”

In a closed meeting shortly after the university took “legal and moral responsibility” for the 19-year-old lineman’s death, the regents took over both investigations.

“The whole issue of football was a convenient vehicle for the board to insert itself,” Loh said at a University Senate meeting in April.

When the board took over, it appointed two university alumni to the investigation into the football team’s culture — journalist Bonnie Bernstein and former Maryland basketball player and congressman Tom McMillen — as well as former Maryland governor Bob Ehrlich.

The board’s takeover cast doubt on the investigation’s independence, the commission determined, though the board claimed they had stepped in to maintain just that.

“The decision created more concern over the perceptions of independence and even greater media attention than if the University had completed the review and the Board had then exercised its oversight authority to review it,” the Middle States report read.

At the conclusion of its investigation into the football team’s culture, regents chair James Brady announced the board’s recommendation to retain Durkin and Evans at a public press conference. Loh accepted the recommendation and subsequently announced his retirement, effective at the end of the academic year.

The decision — made in the aftermath of a report that outlined widespread abuse within the athletics department — drew sweeping criticism.

Board of Regents members had differing opinions on whether the announcement was a recommendation the president could choose to reject, or if it was a public effort to force his resignation, the Middle States report read. While the board has the ability to hire and fire university presidents, it does not have the right to make other personnel decisions.

The Washington Post later reported the board put Loh in a corner: either he’d retain Durkin, or risk losing his job.

In its report, the commission stated then-regents chair James Brady’s recommendation was “universally” received by the university community as an “ultimatum” for the president.

Additionally, the MSCHE report highlighted the “opacity” of board discussions — and exclusion of Loh, in some instances — was cause for concern.

Officials sometimes received important information from news outlets, rather than university personnel, the commission wrote, which they said contributed to concerns about lacking transparency.

Marty McNair, Jordan’s father, said he felt the decision to retain Durkin was like being “punched in the stomach.” State legislators, including U.S. Senator Chris Van Hollen and Gov. Larry Hogan, publicly questioned the decision. And university student groups organized a rally, titled “Justice for Jordan,” to express support for the McNair family.

Many of the commission’s criticisms were related to Brady’s actions, specifically his public announcement that Durkin should remain, and reports of forcing Loh’s hand.

“The review committee finds it difficult to view a public announcement by the Board Chair as only a ‘recommendation,’” the report read, stating Brady’s action was in violation of several aspects of Standard VII.

Gooden apologized in a press release, stating “everyone on the board now understands that the board’s personnel recommendations were wrong.”

The report detailed several “commend[able]” actions Gooden has taken since assuming her position, such as forming an executive council, requesting an external review of the board, implementing more trainings and improving crisis management responses.

These steps showed MSCHE that the board has a “renewed commitment to components of Standard VII.”

However, these actions were not sufficient for the commission given the “profound differences” in how university officials and the regents interpreted their roles, according to the MSCHE report.

After the board met with Loh earlier that week, Gooden announced that the two parties “mutually agreed that it is in the university’s best interest” for Loh to stay on another year, while the search for his successor began.

After interviewing several Board of Regents and university officials, the visiting team presented their findings on April 2 to a room of about 20 officials.

The room was in complete silence, Lanford said.

“You could hear a pin drop,” Lanford told The Diamondback in May. “We all understood the gravity, from start to finish. It’s safe to say everyone in the room was hanging on every word.”

The visiting team presented their findings for about 20 minutes, and attendees left without the opportunity to ask questions.

The team concluded the university was in violation of accreditation Standard VII — a finding the commission approved on June 27.

The AGB review highlighted several flaws with the board, saying “the McNair tragedy clearly caught the regents unprepared and ill equipped to address the almost uncontrollable sense of outrage across the state.”

It was the culmination of a three-month investigation commissioned by the Board of Regents, according to the report.

In addition to identifying several flaws with the board’s interactions with the university, such as “diminished transparency” at meetings and an ineffective chair-chancellor relationship, the report stated that some aspects have improved since its current leader, Gooden, was selected for the post in November 2018.

The university’s accreditation remains intact while it moves into the next phase of review.

This entire process could very well repeat itself.

There will be another Middle States team visit, and the university will be required to submit a report by March 1, 2020 answering some of the commission’s questions, just as they had to do last year.

When the commission next reviews the results of these reports and visits, which could be as early as March 2020, there are several possible outcomes, including:

Does any of this matter?

Losing accreditation is still technically on the table — but it’s not likely. Still, some university officials contend this review process has consequences for the school’s reputation.

Journalism school dean Lucy Dalglish was involved in the university’s previous accreditation in 2017, which she said the university “flew through” with no issues.

This year’s review was in harsh contrast to that.

“I think it has been so absolutely clear that what happened really jeopardized our accreditation,” Dalglish told The Diamondback in May. “A lot of us worked very hard on that for several years, and gave up a lot of time making sure that we just flew through the process. So this is really annoying, that [the Board of Regents] would do that to this campus.”

Loh said in May the events from the past year are part of a national trend of university leaders being pressured into making decisions by outside entities.

Loh pointed to events at the University of North Carolina at Chapel Hill, University of Texas at Austin, and University of Virginia as some examples of this pattern. All involved what he said was some pressure for an official to step down, typically from an outside board.

For example, at UNC, Chancellor Carol Folt announced she would step down in May amid tensions with the university system’s board of governors regarding the remains of a Confederate statue.

“I’ve been in higher education for 25 years,” Loh said in May. “I’ve never seen anything like this before.”

Searching for a captain

Some university members are concerned how the chaos could affect the search for the next president, according to the commission’s report.

Lanford said she is confident the search will result in an excellent next president, but she can see why the events of the last year have caused some concern.

“If you’re going to captain the ship, it might be something you would go, ‘Okay. How bad is it over there?’ And that’s a fair question,” Lanford told The Diamondback in May.

The commission only accredits the university — not the Board of Regents. So, although its report highlighted several problems with the board, it can’t take away its power or change its members. The governor appoints board members.

Some officials are left wondering why they’re being reprimanded for what they say are the board’s mistakes.

“If we don’t have appropriate autonomy, it’s not because of anything we have done, it’s what other people have done to us,” Loh told The Diamondback in May. “And I don’t have any control over it. So, that is an interesting paradox.”

Nonetheless, officials say they’ll come up with ways to correct the issues that led to the chaos during the last year by the March 2020 deadline.

“USM Board of Regents, USM, and UMCP are committed to working together to ensure that the governance structure clearly specifies the roles, responsibilities, and accountability of each constituency and that these are in full alignment with MSCHE Standard VII,” read a joint statement sent by a university spokesperson.