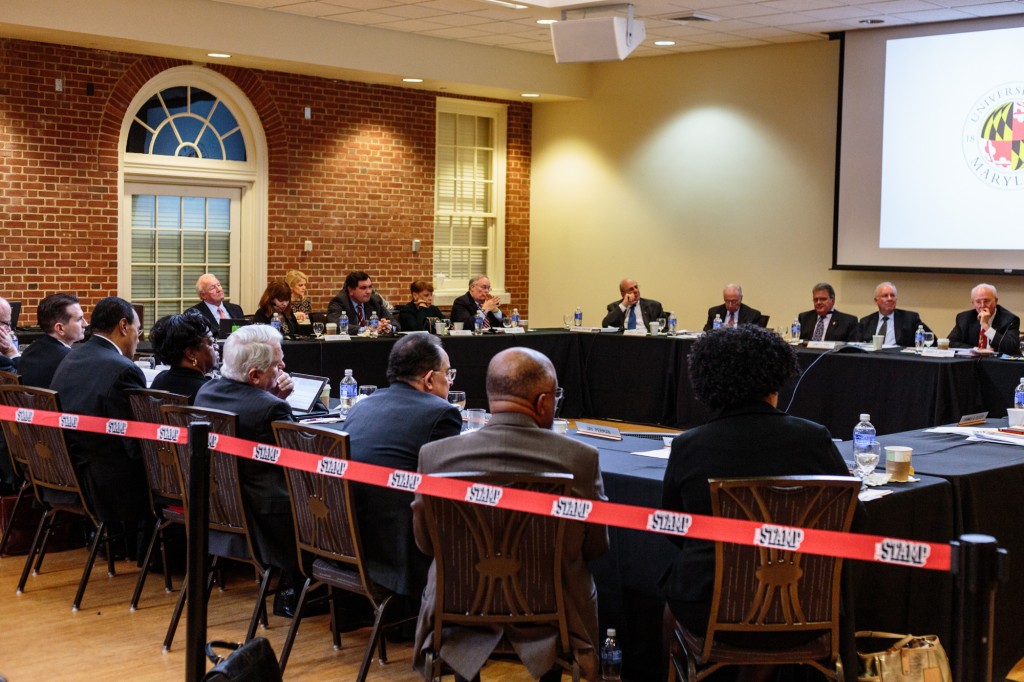 The University System of Maryland’s Board of Regents voted on Friday to assume control over two investigations that arose in the wake of Maryland football player Jordan McNair’s death.

The 17-member board, which sets policy for institutions in the system, announced Friday that it will manage the investigation into the culture of this university’s football program, as well as the review of student-athlete health and safety protocols. The system will announce further details next week regarding the investigations.

McNair, a rising sophomore offensive lineman, fell ill from heatstroke during the football team’s first organized workout of the summer on May 29. He was taken to the hospital, where he died on June 13.

The board announced the special closed meeting Wednesday, one day after this university accepted “legal and moral responsibility” for McNair’s death.

Sports medicine consulting firm Walters Inc. is investigating the athletic department’s safety protocols, and a four-person task force is looking into reports of an abusive culture in the football program. Walters Inc. and the task force will report to both the Board of Regents and this university, the release said.

Rod Walters, the president of Walters Inc., said the decision does not affect his investigation.

Additionally, the Maryland Attorney General’s Office, upon the board’s request, will represent the system and the university on any legal matters regarding McNair’s death.

Beyond announcing the Walters Inc. investigation shortly after McNair’s death, the university took little action in the immediate aftermath, despite evidence that he didn’t receive proper treatment.

Several players and staff members told ESPN there was an abusive culture in the football program, including players being forced to exercise beyond their physical limits and verbal harassment, which some have argued played a factor in McNair’s death.

At a press conference Tuesday, Evans said the team’s athletic staff failed to properly diagnose McNair, take his vital signs or provide him adequate treatment. When treated with cold water immersion immediately, heatstroke has a 100 percent survival rate, according to studies.

“Earlier today, the Board of Regents was fully briefed … about the circumstances of Mr. McNair’s tragic death, about the actions that have been taken since, and finally about the alarming allegations that have emerged in the last week related to the football program,” James Brady, the board’s chair, said in a statement. “Our goal is to ensure that all system universities, including UMCP, are actively working to protect the health and safety of every student and to foster a supportive culture in which everyone can flourish.”

The board is acting under Section 12-104 of the Maryland Code’s Education Article. This states that the board is “responsible for the management of the University System of Maryland” and thus has “the power to conduct or maintain any institutions, schools, or departments” in a given university.

The purpose of the meeting, held over phone, was to discuss the university’s actions in the months since McNair collapsed May 29, and “to determine what, if any, additional actions may be necessary to ensure that the facts are uncovered and any necessary reforms are implemented,” according to a statement from Chancellor Robert Caret on Wednesday.

Loh participated in the phone call, ESPN reported. He said in a statement that the university “welcome[s] the oversight” of the board.

“We must thoroughly investigate the death of student-athlete Jordan McNair and understand the allegations of the culture of our football program so that we can ensure the health and well-being of every one of our student-athletes,” he said. “We will continue to honor Jordan’s life, and we will work with our Board of Regents to ensure that a tragedy like this never happens again.”

Vice-chair Barry Gossett, a prominent donor to this university’s athletic department, said he did not participate in the meeting due to a prior obligation.

On Thursday, The Washington Post reported that Loh shot down a 2017 plan to put greater separation between the athletic department and its athletic training staff. The proposal would have made athletic trainers employees of the University of Maryland Medical School in Baltimore, creating autonomy more in line with NCAA guidelines and bylaws.

A university spokesperson wrote that the university’s current structure is “widely adopted,” and Dr. Andy Pollak, chair of the orthopedics department at the medical school, denied a connection between the report and McNair’s death.

“You cannot draw a line between organizational structure and the death of student-athlete Jordan McNair,” Pollak said in a statement Friday.