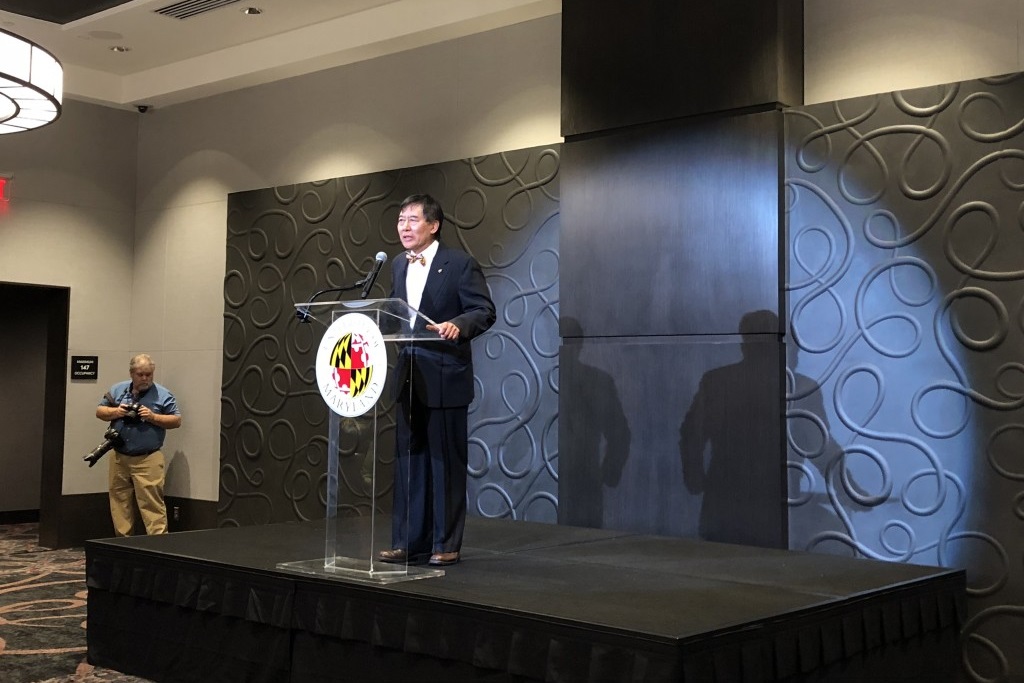 University of Maryland officials accepted “legal and moral” responsibility for the death of offensive lineman Jordan McNair, saying the football team’s training staff did not properly diagnose his heatstroke, provide him adequate treatment or follow the emergency response plan.

McNair suffered heatstroke during a conditioning test at an organized team workout May 29. He died two weeks later.

“The emergency response plan was not appropriately followed,” athletic director Damon Evans said Tuesday at a press conference in the ballroom at The Hotel at the University of Maryland. “The care we provided was not consistent with best practices. And third, the heat illness was not promptly identified or treated.”

Evans said the athletic trainers did not take McNair’s temperature, nor did they treat him with cold water immersion, which has a 100 percent success rate of treating heatstroke when applied properly.

At the hospital, doctors covered McNair with cold water and ice, and his temperature dropped to 102 degrees within an hour of his arrival, the Post reported.

The 2014-15 NCAA sports medicine handbook says all institutions “should have on file and annually update an emergency action plan for each athletics venue to respond to student-athlete catastrophic injuries and illnesses.”

The university has not fulfilled a public records request filed by The Diamondback for those emergency action plans. The Diamondback has made the same request at all 12 public Big Ten schools, and eight have found or provided the plans.

University President Wallace Loh and Evans met with McNair’s parents in Baltimore earlier on Tuesday before holding a press conference in College Park in the afternoon. At the meeting, Loh and Evans informed McNair’s parents of the initial findings of the external review led by sports medicine consulting firm Walters Inc.

Murphy, Falcon & Murphy, the law firm hired by McNair’s family, said in a statement that Tonya Wilson and Marty McNair “appreciate” that Loh and Evans “met with them today to again offer their condolences” and accept responsibility for their son’s death.

“While Marty and Tonya will never get another day with Jordan, Dr. Loh’s words were meaningful to them,” the statement read, “and give them some comfort that he will put the University on the path to change the culture of the program so that no Terrapin family will have to endure the heartache and grief that they feel.”

“The University owes you an apology,” Loh said he told McNair’s parents. “You entrusted Jordan to our care, and he is never returning home again.”

This was not the first time they met with McNair’s parents, Evans said. But Loh and Evans felt another visit was needed based on the preliminary findings of the investigation.

Rod Walters, a former athletic trainer and college administrator who leads Walters Inc., reiterated Tuesday he will not publicly comment on the investigation until its completion. A final report from the firm is expected Sept. 15.

Evans said he met with head strength and conditioning coach Rick Court following ESPN’s report detailing the scenes at May 29’s workout. Based on conversations, Evans said, he felt it was “in the best interest to put him on administrative leave.”

On Tuesday, Evans confirmed Court no longer works for the university. Following the press conference, Court tweeted his letter of resignation, which was dated Monday.

Billy Murphy, lead attorney at Murphy, Falcon & Murphy, has said there were no ice tubs on the varsity practice fields May 29.

“In a modern football setting, if you’re more than a few steps away from ice baths,” Murphy said at a press conference Sunday, “you’re asking for people to get permanently injured and die.”

Loh and Evans said remedies have been applied to Maryland’s practice schedule in the buildup to the Terps’ season opener against Texas on Sept. 1, such as more breaks and adding cooling stations. This has also been adopted by all sports, not just football, Evans said.

Evans clarified Tuesday that he was not at the May 29 workout, and that the timeline of events he provided at a press conference following McNair’s death was discerned through conversations with Maryland staffers.