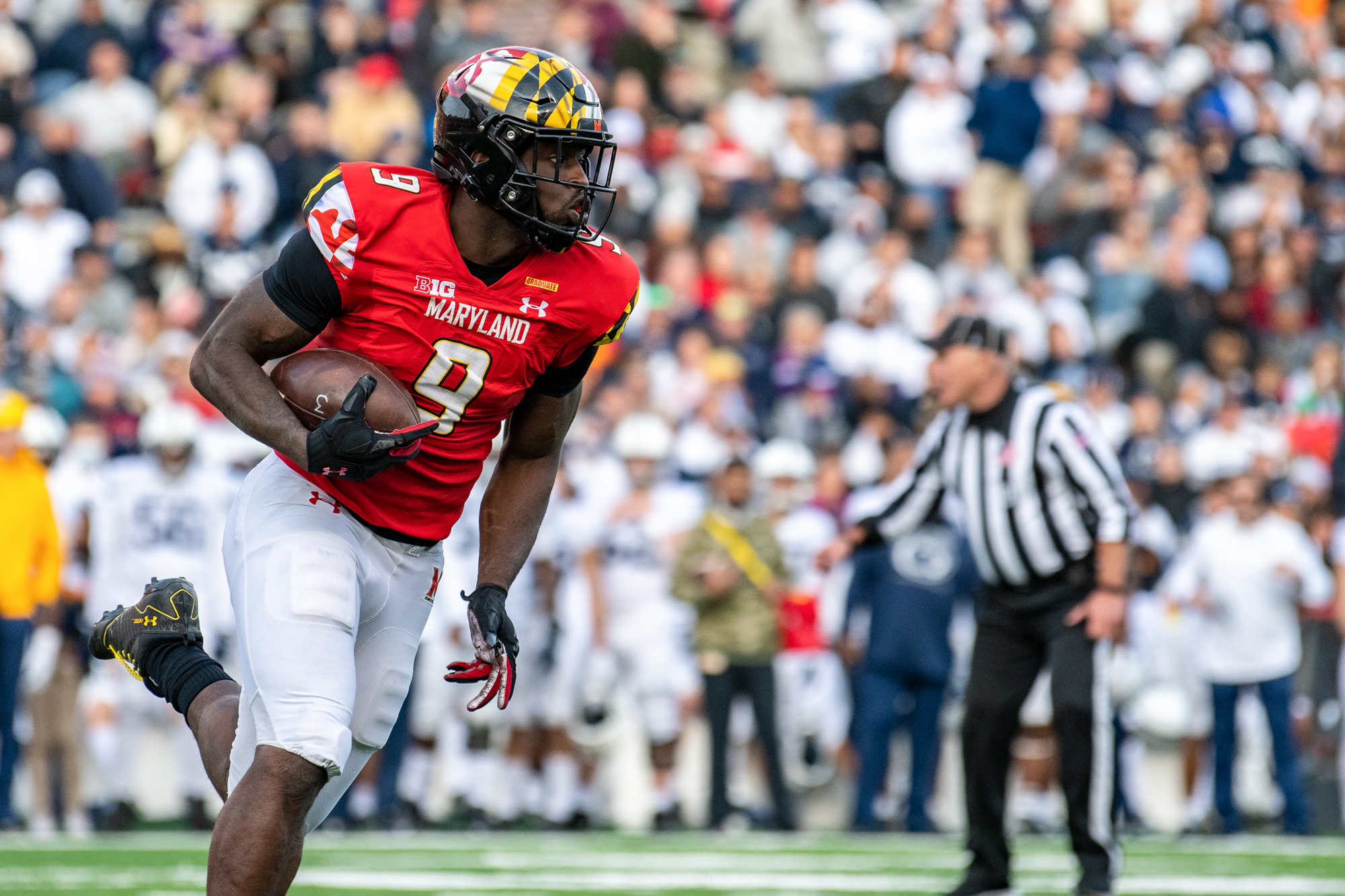 Just two years removed from sitting out of the 2020 season due to medical reasons, Chigoziem Okonkwo is headed to the NFL.

Okonkwo, Maryland football’s top tight end for the past few years, was selected by the Tennessee Titans in the fourth round with the 143rd overall pick of the 2022 NFL Draft.

He becomes the second player selected from the Terps after safety Nick Cross was picked in the third round by the Indianapolis Colts. Okonkwo also becomes the first tight end from Maryland drafted since 2009.

“He really has a chance to be a weapon … in the NFL,” Maryland’s co-offensive coordinator and tight ends coach Mike Miller said of Okonkwo. “The thing is, with him, is he can block. A lot of guys, they’re mismatches in the passing game but then they can’t block.”

“Whereas Chig, he actually blocks, puts them on tape. Covers guys up and creates vertical displacement, and then he can flex out and run routes and you’re like, ‘Oh my gosh this kid is running,’” Miller said.

Okonkwo, a Powder Springs, Georgia, native, showed flashes of greatness in his freshman and sophomore seasons, with a standout performance against Indiana in 2019.

He was named to the John Mackey Award Watch List ahead of the 2020 season, one where he was poised to breakout. But, a diagnosis of myocarditis — an inflammation of the heart muscle that can be caused by viral infections — kept him sidelined from his junior year.

Okonkwo worked his way back to become game ready and starred for the Terps in their most successful season since coach Mike Locksley took over the program. Starting all 13 games at tight end, Okonkwo logged the second most receptions with 52 and yards with 447. A team-best five touchdowns helped boost Maryland to its first bowl win since 2010 and earned Okonkwo a Big Ten Honorable Mention.

The 6-foot-3 tight end was invited to the NFL Scouting Combine in Indianapolis and began turning heads, posting the top 40-yard dash time among his position and the second-best vertical jump.

Chig Okonkwo is still feeling it at the NFL combine. Tops his own top-run for TEs with a 4.52 40-yard dash.

Okonkwo will head to Nashville to test his abilities at the next level.