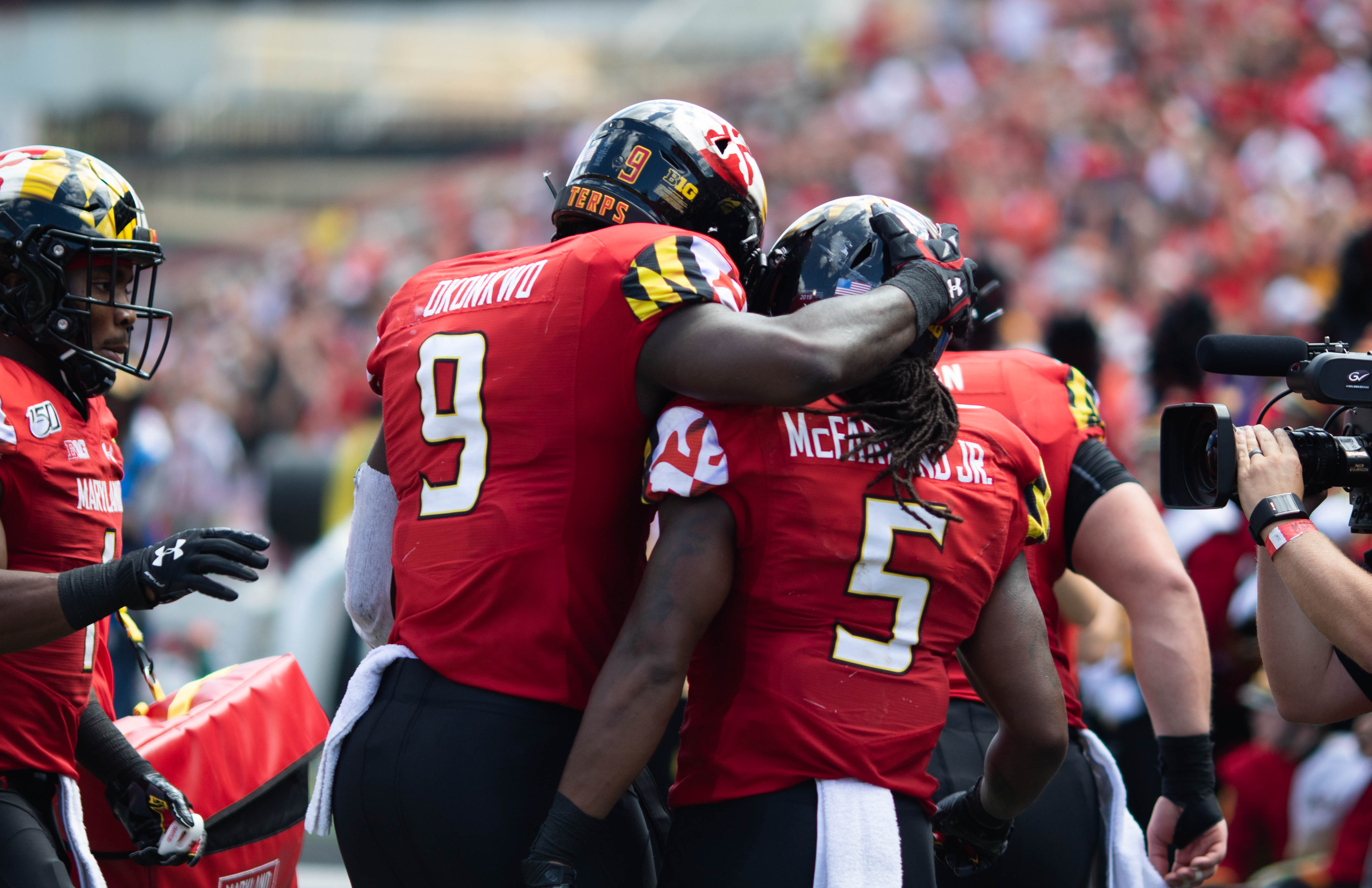 Chig Okonkwo’s return to football made him sick.

After a season away due to health issues, the senior tight end was back with Maryland football over the winter. During the first workout, Okonkwo hopped on the bikes to get his conditioning back in order.

But the workout was exhausting, and afterwards, he labored to the locker room and vomited.

“I’ve never thrown up in a workout in my life,” Okonkwo said in April. “I was like damn, I was like jeez … That was really tough.”

That unpleasant return to the sport he loved, though, didn’t last long. Following that first day, Okonkwo quickly recovered to his pre-2020 levels and showed flashes of his peak during the spring game.

A summer later, Okonkwo is hungry to get back on the field. He leads a position group that occupies one of the most interesting spots in coach Mike Locksley’s offense. With Okonkwo out in 2020, Locksley had effectively no tight ends to use, making the passing and rushing attacks less dynamic.

But Locksley now has a cavalcade of options at the position. Okonkwo is the senior leader of a youthful group, most of whom have not taken a snap in a Maryland uniform at the position. Yet, their versatility and offseason work has the group ready to complement a receiving corps that could be one of the most explosive in the Big Ten.

“When we have that position filled … it opens up the offense a lot more,” Locksley said. “Those guys are where some of the matchup issues happen.”

That starts with Okonkwo, who offensive coordinator Dan Enos terms an “every down tight end.” He’ll stay back and block or run a route to the flat and haul in a reception, using every inch of his athletic 6-foot-2, 244-pound frame to outmuscle the opposing front seven.

But behind the veteran is a hodgepodge of intriguing yet inexperienced talent.

Corey Dyches transitioned from a crowded wide receiver room over the offseason to slot in as the second-string tight end, bringing more of a dynamic receiving threat. Opposite of him is Austin Fontaine, who moved from the offensive line and is a sturdy blocking presence.

Then, there’s Malik Jackson, Weston Wolff and CJ Dippre, all natural tight ends and underclassmen who have a combined one college reception between them. They, too, have impressed the coaching staff and could see more snaps in specific matchups.

“I feel like everyone here has the ability to be a starter,” Dyches said. “If one man does go down, then next man up.”

Running six-deep at that spot is a change from past Maryland teams. That’s partially thanks to an updated scheme from Enos, who joined the Terps’ staff this offseason.

He, like Locksley, is a proponent of getting the tight ends involved on nearly every down, creating mismatches and causing confusion for opponents. That, in turn, opens up the playbook.

“That’s a guy that can create a lot of space for other players,” Enos said. “When you get good ones, you’re excited because they can provide a lot of value to your offense.”

Enos will get his first chance to showcase his gadget players in Saturday’s opener against West Virginia. Okonkwo will be primarily tasked with exploiting the Mountaineers’ defensive weaknesses, much like he did his first two seasons at this university.

And he’s ready to hit the field after an extended absence.