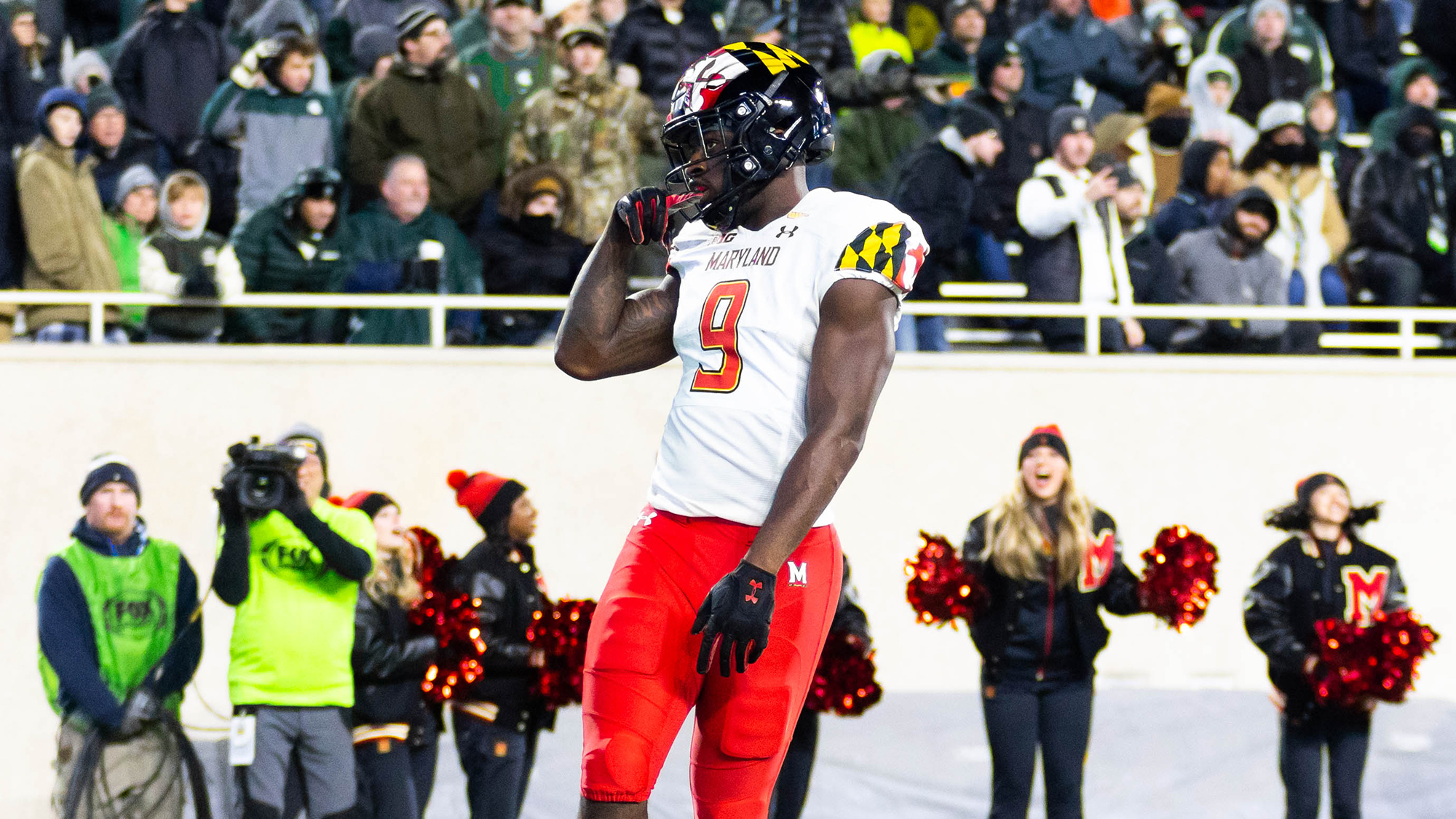 Pinned to Maryland tight end Chig Okonkwo’s Twitter profile is a tweet that says, “I will be the best Tight End in college football next year.”

After being diagnosed with myocarditis — an inflammation of the heart muscle that can be caused by viral infections — during the 2020 offseason, Okonkwo had to sit out what was expected to be a breakout junior year.

I will be the best Tight End in college football next year.

Now back in the fold for the 2021 season and playing a more integral part in an offense that’s been plagued with injuries, Okonkwo has shown why his tweet from a year ago carries weight.

“With some of the attrition we’ve had at the receiver position, it’s opening up opportunities there,” coach Mike Locksley said. “I like the way Chig is playing at a high level, made a couple of big plays, big catches for us.”

Okonkwo has been a statement-maker in the past two games, doubling his season catches and more than doubling his receiving yards with back-to-back dynamic performances.

[Maryland football unsteady in frustrating loss to No. 8 Michigan State, 40-21]

After consecutive weeks with just two catches, Okonkwo was the go-to target for quarterback Taulia Tagovailoa against Penn State on Nov. 6.

The 6-foot-3 tight end never broke out for massive gains but was reliable in short yardage situations and making catches in tight coverage.

He ended the matchup with a career-high 12 receptions for 85 yards. It also brought Okonkwo up to sixth in Maryland history for catches in a single game, joining DJ Moore and Frank Wycheck.

Come a matchup with No. 8 Michigan State, the Terps got another career day out of their number one tight end.

Okonkwo was the only one who seemed to be able to cut through the Spartans defense and get Maryland the points to keep up with a primed Michigan State offense.

He had a pair of 32-yard touchdowns, the first a dart from Tagovailoa to Okonkwo, who slid himself between three defenders at the end of the first half.

“Everything is week by week, it’s just the game plan,” Okonkwo said. “I didn’t know today that we were going to be like that. Our offense is whoever gets it, gets it.”

[Maryland football has struggled against star players. Kenneth Walker may be the best yet.]

Needing a response early in the second half, it was Okonkwo who made the play, taking a screen another 32 yards. He hurdled the Spartans’ Angelo Grose to jog into the endzone in a much-needed boost for the Terps.

Despite Okonkwo’s premier play the past few weeks, Maryland has lost two straight games and five of its last six. The Terps are only one win away from bowl eligibility, but only two chances to get that elusive final win remain.

If Locksley’s squad will have the opportunity to get themselves into postseason play, their group of tight ends present a very promising possibility to get there.

Backup tight end Corey Dyches continues to have a strong sophomore season, reminiscent of the one Okonkwo had before missing the 2020 campaign.

If the pair continue to play the winning style of football Locksley has talked about bringing to his entire team, they could be the ones who push Maryland into bowl eligibility.

“We knew we had to get the ball in their hands more,” Taulia Tagovailoa said after the 31-14 loss to the Nittany Lions. “They’re both very great playmakers for us.”